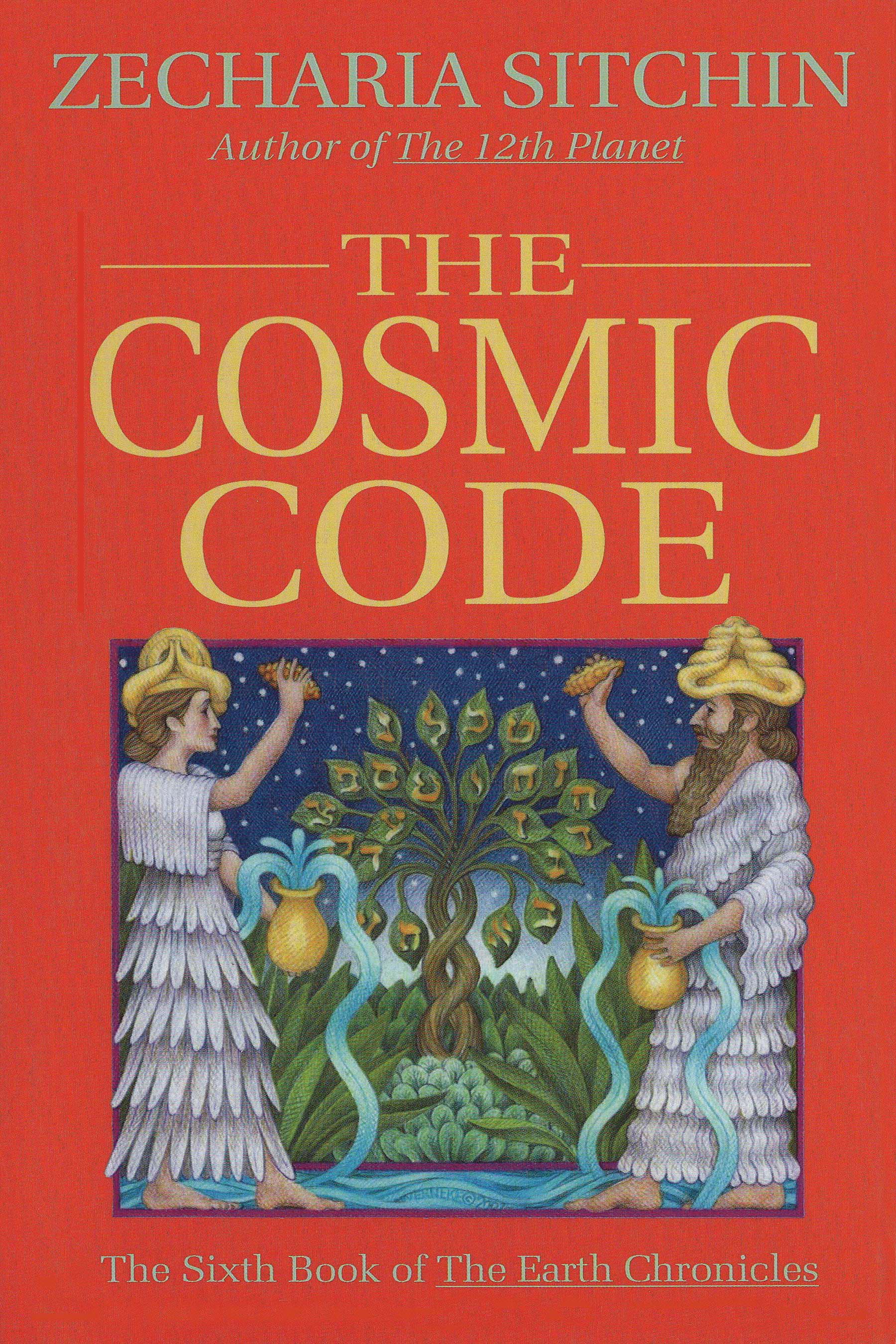 Reveals Zecharia Sitchin's groundbreaking research into the code left behind by the creators of humanity.

• Explains how the Anunnaki were not merely the mythical gods of the Sumerians, but rather the founders of human life on Earth.

• Using Biblical and ancient Sumerian sources, explains how to decode these messages our star ancestors left behind.

Daring to challenge our long-held beliefs about the origins of man, Zecharia Sitchin suggests that humans are not the children of God, but rather the children of the Anunnaki, an ancient race from the planet Nibiru. His revolutionary theories are supported by his intense scrutiny of not only ancient Sumerian texts but also stone structures all over the world. The similarities and astrological significance of these formations suggests that rather than looking for guidance from leaders here on Earth, humanity should instead look to the sky for answers.

The Earth Chronicles deal with the history and prehistory of Earth and humankind. Each book in the series is based upon information written on clay tablets by the ancient civilizations of the Near East. For the first time, the entire Earth Chronicles series is now available in a hardcover collector's edition.

It took a war--a fierce and bloody war--to bring to light, just decades ago, one of the most enigmatic ancient sites in the Near East. If not the most enigmatic, it certainly is the most puzzling, and for sure one rooted in great antiquity. It is a structure that has no parallel among the remains of the great civilizations that had flourished in the Near East in past millennia?at least so far as has been uncovered. Its closest parallels are thousands of miles away, across the seas and on other continents; and what it mostly brings to mind is Stonehenge in faraway Britain.

It was probably inevitable that with the advent of the modern computer age, some masters of the craft would turn their capabilities to a novel and new goal: the search for a "secret code" in the Bible.
While this is presented in scientific papers and even books as the epitome of modern sophistication, the fact is that this search is actually renewed, not a new, search, albeit with new and more advanced tools. . . .
Discussions by Jewish sages and religious leaders intended to "read between the lines" of the words of the Torah, then of the Prophets, intensified during the exile after the destruction (by the Babylonian king Nebuchadnezzar) of the First Temple, and even more so after the destruction of the Second Temple (by the Romans). The record of those deliberations is the Talmud ("the Study"). Jewish mysticism, known as the Kabbalah, took over and built upon those earlier searches for hidden meanings.
That such hidden meanings did exist, the Bible itself attests. The key was the alphabet, the twenty-two letters.
A simple encoding device, which even schoolchildren often play, is the serial substitution of letters. . . .

"Sitchin's works are outstandingly different from all others that present this central theme. His linguistic skills in the languages of antiquity and his pursuit of the earliest available texts and artifacts make possible the wealth of photographs and line drawings appearing in his books from tablets, monuments, murals, pottery, and seals."

"Sitchin is a zealous investigator into man's origins . . . a dazzling performance."

"The book is not scence fiction, though it sounds like something from a tv show on ancient mysteries combined with the makings of a great sci-fi novel."

“Well researched and persuasive . . . Sitchin brings to this book the logic and scholarship so often lacking. . . . He demonstrates the flaws in established theories and exposes a few ancient hoaxes.”