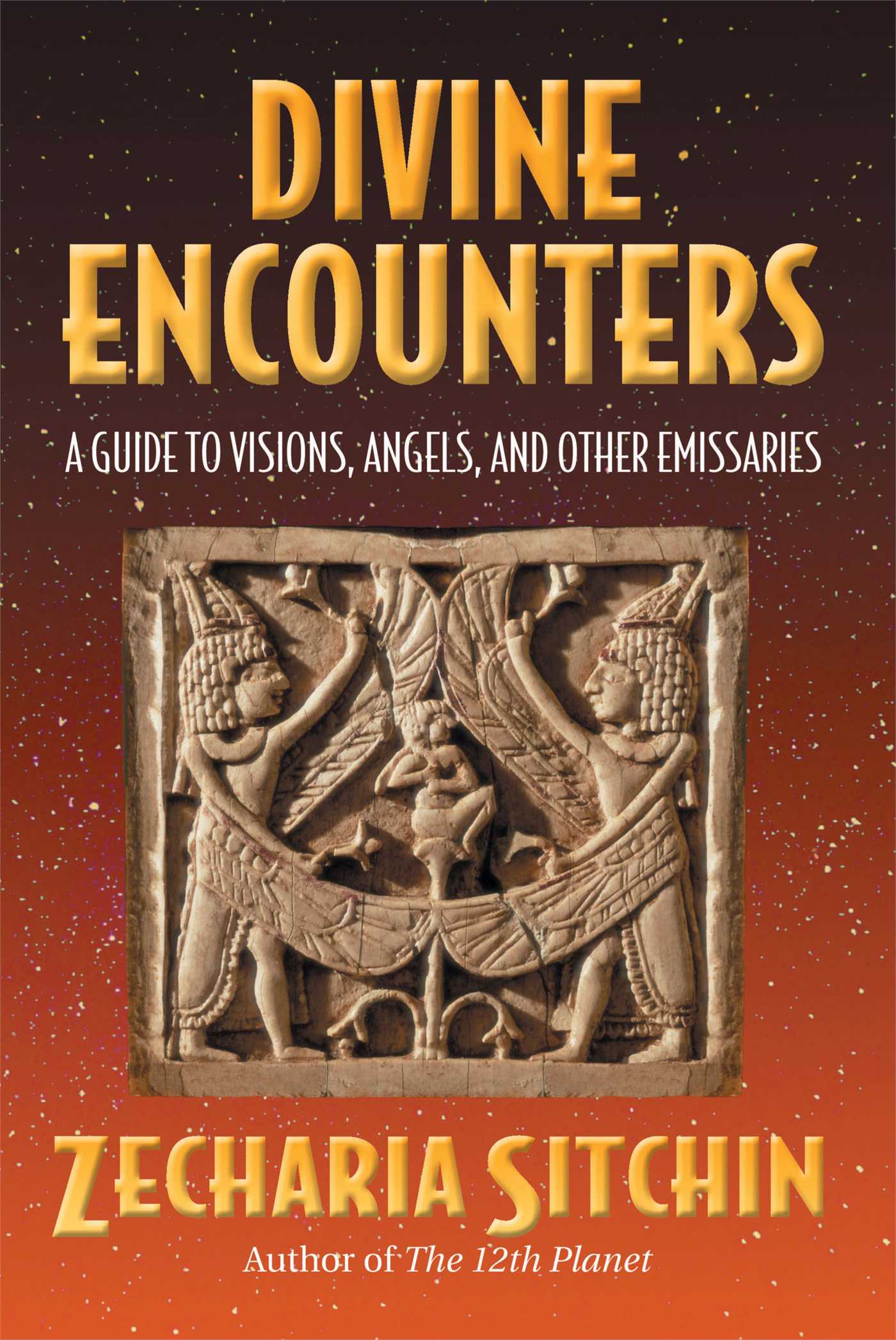 A Guide to Visions, Angels, and Other Emissaries

Explains the links between the Bible and ancient Sumerian texts, probing the age-old question of the relationship between humanity and its creators.

• Challenges scientific maxims of the basis of human life.

• Draws fascinating parallels between the leaders of the Anunnaki (from the 12th planet) and Yahweh.

• A comprehensive new look at the history of man.

In Divine Encounters Zecharia Sitchin draws on basic Judeo-Christian texts to analyze the creation myths, paralleling Biblical stories to the myths of Sumer and Mesopotamia in order to show that humanity did not evolve without assistance. Sitchin daringly hypothesizes instead that Enki, one of the leaders of the Anunnaki from the 12th planet, created humanity as a "primitive worker." Furthermore, Sitchin suggests that the extraterrestrial encounters of today demonstrate the continued interest of the Anunnaki in the Earthlings they created.

Divine Encounters are the ultimate human experience--the maximal, the utmost possible when alive, as when Moses encountered the Lord upon Mount Sinai; and the final, terminal, and conclusive, as that of Egyptian Pharaohs who at death assumed an eternal Afterlife by joining the gods in their Divine Abode.
The human experience of Divine Encounters as recorded in scriptures and text from the ancient Near East is a most amazing and fascinating saga. It is a powerful drama that spans Heaven and Earth, involving worship and devotion, eternity and morality on the one hand, and love and sex, jealousy and murder on the other; ascents unto space and journeys to the Netherworld. A stage on which the actors are gods and goddesses, angles and demigods, Earthlings and androids; a drama expressed in prophecies and visions, in dreams and omens and oracles and revelations. It is a story of Man, separated from his Creator, seeking to restore a primeval umbilical cord and, by so doing, reach for the stars.
Divine Encounters are the ultimate human experience perhaps because they were also the very first human experience; for when God created Man, Man met God at the very moment of being created. We read in Genesis, the first book of the Hebrew Bible, how the first human, "The Adam," was brought into being:
And God said:
Let us make Man
in our image, after our likeness...
And God created the Adam in His image,
in the image of Elohim created Him him.

"Sitchin is a zealous investigator into man's origins . . . a dazzling performance."

"An extremely thought-provoking book that chronicles the fascinating history we humans have. . . . Sitchin shows us how vast and mysterious our human origins are, and what we might expect if and when the Anunnaki come back for a return visit."

"Sitchin's works are outstandingly different from all others that present this central theme. His linguistic skills in the languages of antiquity and his pursuit of the earliest available texts and artifacts make possible the wealth of photographs and line drawings appearing in his books from tablets, monuments, murals, pottery, and seals."

"In Sitchin's well referenced works, we witness how his towering intellect . . . allow him visionary access to ancient works in their original languages."

A Guide to Visions, Angels, and Other Emissaries