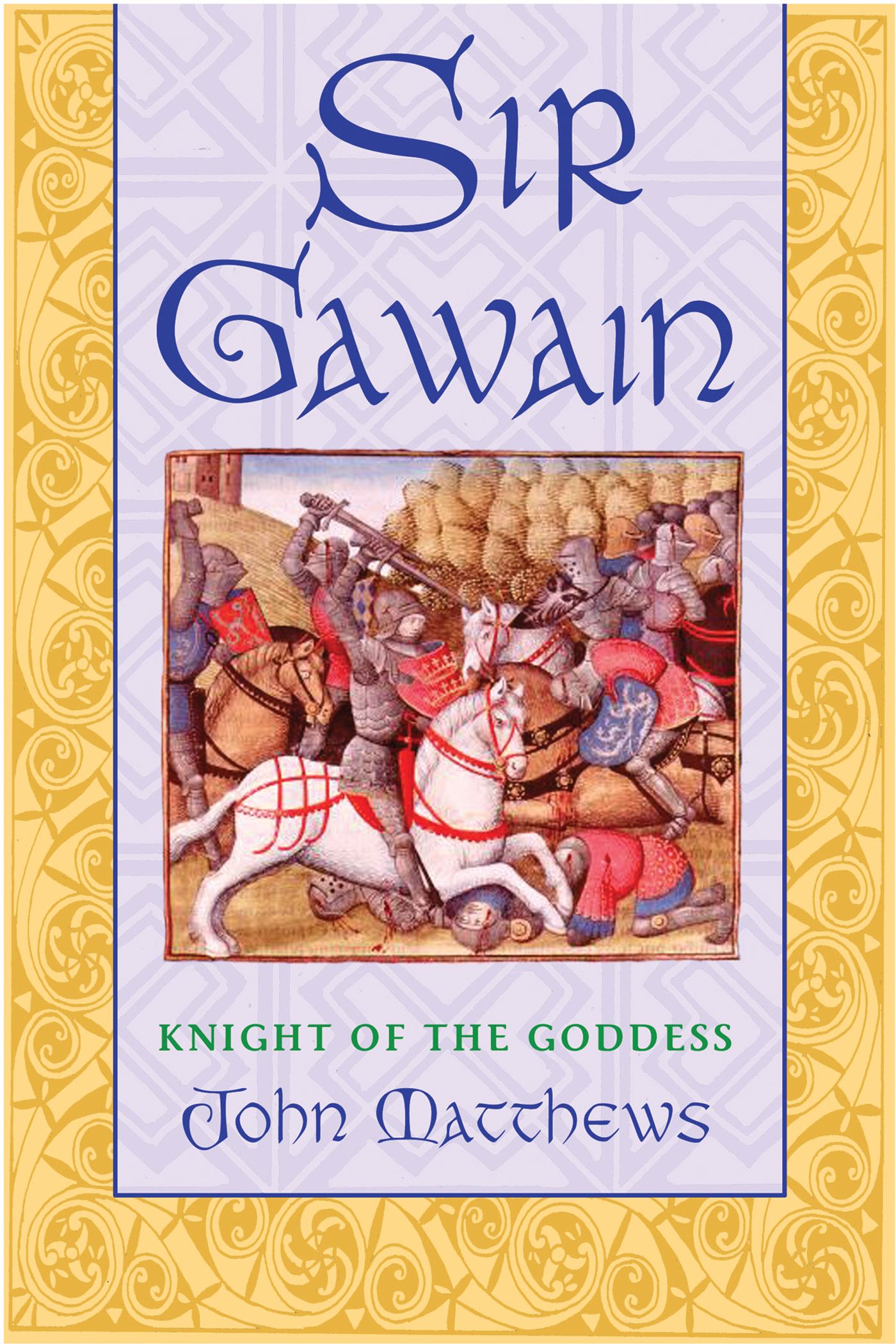 Knight of the Goddess

Restores Gawain of Camelot to his true role as the foremost representative and servant of the Goddess.

• The full story of Gawain of Camelot that restores a lost piece of the great Arthurian tapestry.

• Traces the historical trends that demoted Gawain from the foremost knight of the Round Table to a villain and womanizer.

• The result of more than 20 years of research by one of the world's leading scholars of Arthurian mythology.

Sir Gawain, the nephew of King Arthur, was once the most important knight at Arthur's court, a shining example of all that was best in chivalry. He even outranked the famous Lancelot. Yet as the popularity of the Arthurian romances grew, the character of Gawain became increasingly diminished in popular literature. John Matthews explores the phenomenon that influenced the recasting of Gawain from hero to womanizing villain, providing a scholarly context through which Gawain's role as the representative of the Goddess upon Earth--the real Green Knight of Camelot and Sovereignty's Champion--may be restored. In addition, the author presents a unique view of the mythology of Britain and its connections with the historical changes that took place over many hundreds of years in the religious and mystical traditions of the country.

Chapter 3
The Green Gome: Otherworldly Chivalry and the Round Table

A Christmas Game at Camelot
Far and away the most famous adventure of Gawain's career is contained in the great alliterative poem Sir Gawain and the Green Knight, composed by an unknown author somewhere in the Midlands of Britain round about 1400. More attention has been lavished on this single text than on any other in the entire Arthurian corpus--justifiably since it is a remarkable work of genius which tells an astonishing story with pace, colour and unforgettable imagery. For the purposes of our present argument it is crucial, containing many vital clues to Gawain's original role.
At Camelot, as the court is preparing to celebrate the feast of Christmas, a huge and terrible figure crashes into the hail. Riding a green horse and dressed in green clothing, even his skin is green. He carries a huge axe and a bough of holly to show that he comes in peace. He offers to play a 'Christmas game' with anyone there, and taunts the assembled knights and their ladies when no-one comes forward immediately. The object of the game is an exchange of blows, the first to he delivered with the Green Knight's own axe, upon himself, the second to be returned in a year's time. When no one appears willing Arthur himself is about to accept the challenge--then Gawain steps forward and requests that he be allowed to play the game. Hefting the huge axe he strikes off the Green Knight's head, only to see it picked up and placed back upon its owner's shoulders. The terrible figure departs, reminding Gawain to seek him out in a year at the 'Green Chapel' for the return blow.
The year passes all too quickly for Gawain, who watches the seasons pass in trepidation. Finally he sets out in search of the Green Chapel, and wanders for many weeks in the 'wilderness of Wirrell' until he comes to the castle of Sir Berdilak, who welcomes him warmly and tells him that the place he is seeking lies only a few hours distant. At supper that night Gawain sees his host's beautiful wife, and an ancient, ugly woman who seems to be her companion, yet who is treated with great courtesy.
Next day Bercilak prepares to set out hunting, and invites Gawain to join him. Gawain, however, prefers to remain behind, resting after his long and arduous search. Lady Bercilak enters his chamber and attempts to seduce him, though Gawain refuses to accept more from her than a single kiss. When Bercilak returns with the spoils of the hunt, which he offers to exchange for anything Gawain has won that day, the hero has only the kiss to offer. The same procedure is followed on the two successive days, with Bercilak bringing more and more spoils and Gawain gathering first two and finally three kisses from the amorous Lady Berdilak. He retains his chivalrous attitude however, only on the third day agreeing to accept a gift of another kind—a baldric of green lace which he is told will preserve him from all harm.
Next day Bercilak sends him forth with a guide to take him to the Green Chapel. Resisting the guide's offer to lead him to safety Gawain reaches a strange place and hears the sounds of an axe being whetted against a stone. The Green Knight appears and Gawain prepares to take the fatal blow. Twice the Green Knight feints, mocking Gawain for flinching; on the third stroke he nicks the hero's neck and Gawain springs up declaring that he has taken his blow in accordance with the agreement The Green Knight now explains that he is indeed Sir Bercilak, and that he has been enchanted into this shape by the old woman at the castle, who is really Morgan the Goddess. She it was who forced him to test the Arthurian court with the Beheading Game. Gawain has passed the test with only one failure, that he accepted the Green Girdle from Lady Berdilak, who had also been constrained by Morgan to seduce Gawain.
Chastened by his adventure Gawain returns to Camelot and tells all that has occurred. The knights all agree to wear a green baldric in token of Gawain's honourable and chivalrous behaviour.
As long ago as 1888 it was noticed that certain aspects of this complex plot were to be found within various ancient Irish stories.' In particular the Beheading Game, which also appears in no less than eight other Arthurian texts, was seen to have originated with a story from the Cuchulairin saga called Fled Bricriu or Bricriu's Feast. We have already met this story in Chapter 1: the following summary makes it clear just how much the story of Gawain and the Green Knight owes to the Irish original:
Once, when the men of Ulster were at Fniain Macha, the capital of King Conchobar mac Nessa, they saw a huge and terrible churl corning towards them. (The word is BachLwh in Irish; the Gawain-Poet uses Come.) In one hand beheld a great block and in the other an axe so huge it would have required six oxen to move it. He challenges the heroes to find one among them who will submit to having their head cut off in return for a chance to perform the same feat upon him the next night. The heroes discuss the matter and finally one Munremar mac Gerrcind agrees that if the churl allows him to strike the first blow he will accept the challenge.
The churl agrees but of course picks up his head and departs promising to return. Next night however Munremar is nowhere to be found. Scornfully the churl renews his challenge and this time it is taken up by the hero Loegair, who also fails to reappear the next night. Finally Cuchulainn, who had been absent on the two earlier occasions, returns and accepts the challenge…

Knight of the Goddess