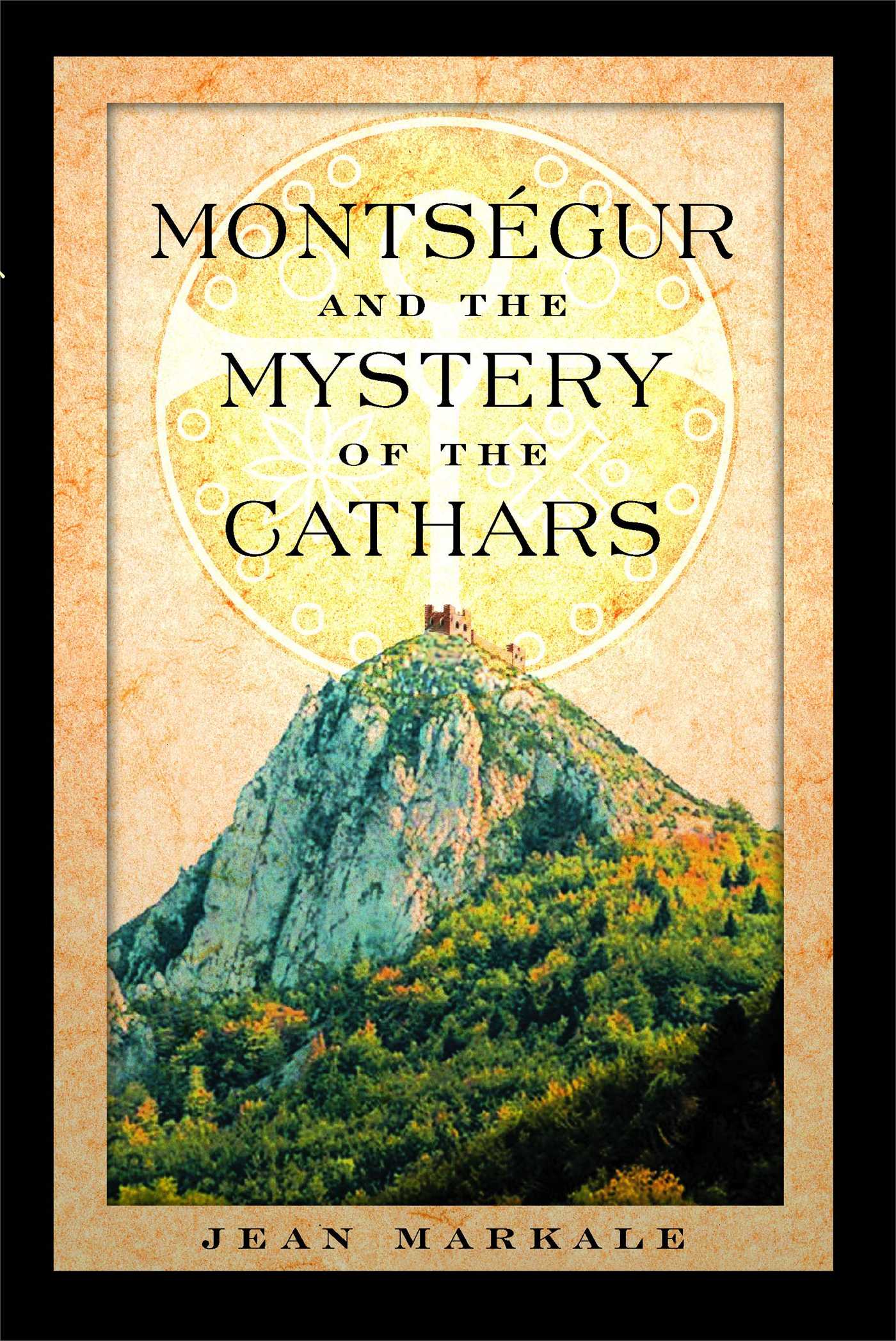 Montségur and the Mystery of the Cathars

On March 16, 1244, over 200 Cathars were captured in their fortress stronghold of Montségur and were burned alive by troops of the Inquisition. While some Cathar enclaves survived into the next century, this was the death blow to a religion that had been a powerful symbol of Occitain sovereignty against the designs of the French monarchy and the papacy. History has recorded that four high-ranking Cathar perfecti carried a great treasure out of Montségur the night before its fall, a fact that led rebel Huguenots of the 17th century and members of Hitler’s S.S. to believe that an enormous treasure or weapon of awesome spiritual power lay hidden somewhere nearby the ruins of the former Cathar stronghold.

Seeking to untangle the true from the false, Celtic and medieval scholar Jean Markale meticulously searches through the obscure history of the Cathars, tracing their roots back to the ancient Zoroastrian religion of Persia. He examines what earned the Cathars--who practiced vegetarianism, non-violence, and tolerance--the ruthless persecution of both the Church and the state. He explores their doctrine, their place in medieval Occitain culture, and their secret pact with the Knights Templar. Most important, he uses all available documentation to reveal the nature of the treasure the Cathars spirited away from their fortress at Montségur the night before its surrender to French troops.

from Chapter 1: “A Long March to Montségur”

The name Montségur has been singing in collective memory since the time the pyre was lit in the year 1244, on the sides of a mountain reputed to be sacred, to immolate two hundred and five miscreants who had been convicted of heresy and of persisting in their error. But it seems that the flames of this pyre continue to illuminate not only the deep vales of the Ariège Pyrenees, but even the torturous folds of humanity's guilty conscience. An event that occurred under the rule of good King Louis (later Saint Louis) and that could have passed for a simple police operation--which it effectively was--or a regrettable chance mishap has taken on a universal dimension, deliberately evoking intolerance, fanaticism, and man's inhumanity to man. We no longer accept this kind of injustice, whether motivated by political or religious reasons--at least when it involves events in the distant past--and we now condemn depriving people of their deepest beliefs as well as their political independence.

The crusade against the Albigensians was undoubtedly motivated as much by political as religious reasons, though both incentives were combined in perfect harmony beneath economic motives. The "injustice" at Montségur has become a crime, and crimes are not so soon forgotten. In fact, they tend to decisively promote those who have been their unfortunate victims. The blood of the Christian martyrs will forever stain the Roman circuses, and the cross of Jesus will always stand on Golgatha. But this one is not the same cross. Jesus' cross was in the form of the tau, and the one displayed as his symbol is a solar sign that has come down to us from the dawn of time.

It so happens that any event worthy of figuring in human memory, rather than being stripped of its original significance, will be charged and enriched with new resonance in accordance with how it has been filtered through time. It even happens sometimes that the place where the event has taken place comes to be considered as the essential element of its memorialization, thereby giving such a place a symbolic value that both enhances and detracts from it. This is the case for Montségur, the Mecca of Cathar resistance against the church and Capet power. One would have greatly astonished the two hundred perfecti who were hurled into the flames by asking them where they had hidden the Grail. Although the name the Grail is of Occitain origin, it is not an established fact that the Cathars knew of it or that they shaped the confused notions that cloak it today. It is only since the end of the nineteenth century, and especially since Richard Wagner's Parzifal, that Montségur became associated with the Grail. . . .

Montségur was either a fortress or a Cathar temple, and is also--perhaps--the castle where the Fisher King preciously guarded what Chrétien de Troyes (the first to speak of it) prudently named a grail, without giving any additional details about just what it may have been. This only added to the mystery, and Montségur, the eagle's nest where all the clouds in the world converge, gained an incontestable legendary aura from it.

from Chapter 10: “The Cathars”

It was in the twelfth century that the Cathars truly made their appearance in Western Europe as representatives of a specific sect . . . Catharism did not present itself as a coherent, organized system, encompassing all the spheres of religious life in a traditional framework. Nor was it the point of contact of heterogeneous sects thrown together by the accident of history. It was rather a vague linkage of lived experience and aspirations that, little by little, became condensed into a dogma and moral practice. The unity of Catharism resides in fact in the commonality of experiences that, in the beginning, were only attempts to give a profound meaning to live in an incoherent world scarred by evil.

The foundation of this spiritual experience is obviously the irremediable contradiction between man's pure soul and the evil world. . . . It is clear that the Cathars have picked up the dualistic theme of the Manicheans and the Bogomils.

. . . Generally speaking, Jesus to the Cathars was not the Son of God, or the Son of Man, or the cornerstone of the Scriptures. His role between the primordial fall and the return to heaven was no more meaningful than his life: he was a preacher not a savior. The radical dualists claimed that Christ was an angel who, contrary to the fallen angels, had no connection to sin, meaning the carnal body . . . As for Mary, she was an angel and not the mother of Christ in the carnal sense of the word. Jesus was content to enter through Mary's ear and take on a human appearance devoid of any carnal weakness. This is the famous theme of fertilization through the ear, meaning by the Word, that can also be found, oddly enough, in the Celtic depiction of Ogma-Ogmios, god of strength and eloquence.

But the Cathars do not seem to have found agreement on the figure of Jesus. That he came to earth, some said, shows that he too had sinned and was subject to all human weaknesses. Others replied that he had appeared on earth only under a physical appearance, but in reality with his angelic body. . . .

In any event the Cathars, radicals or moderates, have all accepted that Jesus bore a message and that he showed the way of renunciation, a way that was truly necessary to assure his salvation. While the fall of the Angel constitutes the departure point of the Cathar doctrine, the return to Heaven and the complete liberation of matter are its clearly expressed supreme goal.
Jean Markale

"Readers are certain to find Markale's answer revealing, if not altogether disturbing."

"Presents a very focused and fascinating treatise with enough detail to satisfy even the most knowledgeable Cathar scholar."

"The amount of information in this book is astounding. . . and it is written in a highly intelligent manner."

“Combining impeccable scholarship with an imaginative insight, Markale illumnates a critical nexus in the development of Western religious history--one that has long been shrouded in darkness. The relevance of the Cathar doctrine to modern spiritual development is also confirmed by his analysis.”

– James Wasserman, author of The Templars and the Assassins and Art and Symbols of the Occult

“In this remarkable book, poet-historian Jean Markale evokes the spirit of the land where the Cathars walked in the light of their faith and were martyred by the Inquisition. Deftly navigating eddies of fact, fiction, and folklore concerning their treasure, he debunks frivolous speculation and rumor while allowing those theories supported by evidence to survive.”

– Margaret Starbird, author of The Woman with the Alabaster Jar

"Markale's book strips away the mythology and nonsense of the Cathar legend to reveal their true courage and honor. . . "

"If you are looking for a scholarly read that explores the Cathars and untangles myth from fact with many Celtic and Druid references, [this book] is highly recommended."

". . . enjoyable, filled with interesting information. . . . The final chapter in Montsegur and the Mystery of the Cathars will be particularly interesting to those awaiting the release of Otto Rahn's work on the Cathars later this year."

"Thankfully, [Markale's] Montsegur and the Mystery of the Cathars is a solidly and scholarly work which depels the most egregious of myths."

"[Markale's] descriptions of the wild Breton moors and the inaccessible peaks of the Pyrenees are described with a bardic grandeur that is befitting of his poetic roots."

Montségur and the Mystery of the Cathars