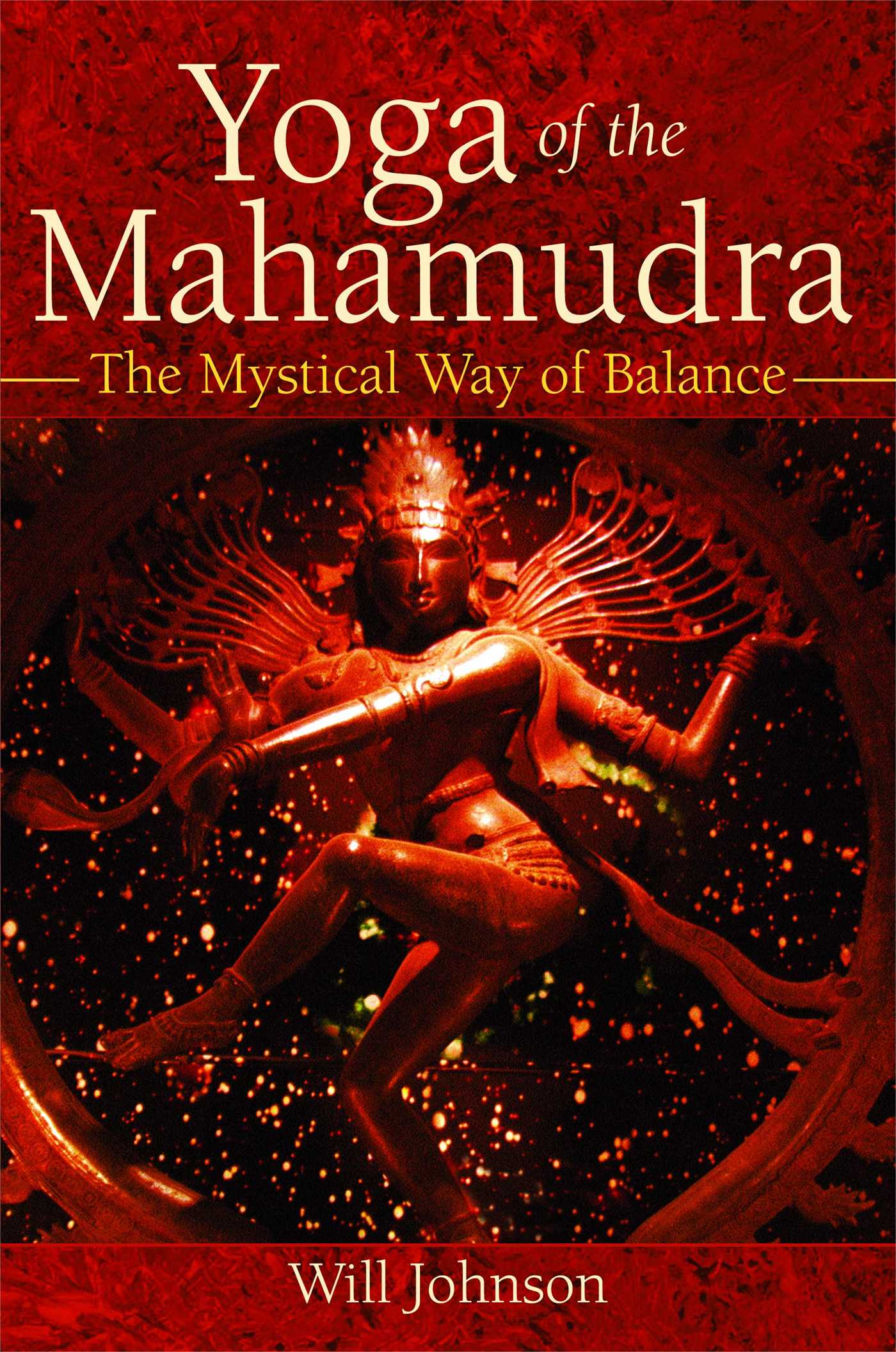 Yoga of the Mahamudra

The Mystical Way of Balance

• Explains how balance is the key to achieving higher consciousness

Mahamudra, literally "the great gesture," is often looked upon as the highest manifestation of consciousness known within the Tibetan Vajrayana tradition. In Yoga of the Mahamudra, Will Johnson explains how it is possible to bring forth the condition of mahamudra naturally by utilizing the mystical yoga of balance to create what he calls the embodied cross.

He presents three simple yogic principles from Tilopa's Song of Mahamudra. The first principle, "do nothing with the body but relax," forms the vertical axis of the embodied cross. It is an internal process that focuses on the upright structure of the body, which opens up our relationship to the divine source. The second principle, "Let the mind cling to nothing," allows the horizontal flow of energy to our mind. This horizontal axis represents our relationship to the world: what we see and hear, and what our mind does with the objects we perceive. The establishment of these vertical and horizontal flows of energy allows us to embody the third principle, "to become like a hollow bamboo." In this way the body and mind become extraordinarily fluid, surrendering to the currents of the life forces that constantly flow through them like air through a flute. The author concludes with a number of somatic koans, exercises that allow the direct experience of balance and lead to the creation of the embodied cross.

The Great Gesture
Even though we ordinarily think of the evolution of our species in terms of the growth and development of consciousness, the progression of evolution--from our earliest hominid ancestors right up to present day man and woman and beyond--can be most simply and graphically portrayed as our continued attempts to stand up ever straighter. From the hunched and lumbering lope of our distant two-legged ancestors to the relatively upright stance of modern man and woman, the evolution of consciousness has directly paralleled our ability to come to a more effortlessly vertical posture.

It had long been accepted as a staple of anthropological theory that the early growth of the brain, and the expansion of consciousness that naturally occurred as a result, made possible the radical decision to come up off all four legs and balance instead on the back two. But the discovery in 1986 of a magnificently intact, early hominid skeleton nicknamed Lucy completely reversed that notion. Our species’ commitment to bipedalism, it turns out, actually preceded the enormous growth and expansion of the brain. It did not follow on it. In other words, it was our ability to stand up straight that allowed the huge leap in evolutionary consciousness to occur at all. Evolution in our species, then, has followed a simple and unvarying law: the straighter we have managed to stand, the more conscious we have managed to become.

The wisdom tradition of Tibet has long represented one of our planet’s greatest attempts to explore more evolved states of consciousness. Within that tradition, the mahamudra (literally, “the great gesture”) teachings are often looked to as representing a pinnacle of attainment, the highest and most evolved expression of consciousness available to humans. One of its earliest, and arguably purest, forms of expression is to be found in the words of Tilopa, a thirteenth-century figure who has left us a great and enduring legacy in the form of a simple text called The Song of Mahamudra. In this song, Tilopa describes the condition of mahamudra and gives explicit instructions and practices as to how to enter into it for ourselves.

Interestingly, many of these instructions--even the ones that speak directly about the mind--are remarkably physical in their focus and orientation. Tilopa is basically telling us that, if we want to manifest the consciousness of mahamudra, then we need to pay attention to some very fundamental experiences in our body. This should not be all that surprising as even the name of the teachings, the great gesture, suggests that something quite physical is occurring. Every attitude of the mind--be it an emotion such as joy, anger, or sadness or a heightened condition of spiritual awareness--arises codependently through a specific gesture of the body. You simply cannot express anger without also experiencing a clenching or tightening throughout the body. Nor can you experience joy without a bodily feeling of exhilaration. Anger and a smile can’t coexist, and neither can joy and a frown.

The same holds true for mahamudra. It is a quality of consciousness that is supported by very specific structural coordinates and conditions in the body. While the focus of the mahamudra teachings is to transform human consciousness, its attainment must remain highly elusive if the practitioner does not also focus a great deal of his or her attention on the embodiment of these physical conditions. For the purposes of this book, we will focus on the three most direct instructions of Tilopa’s Song of Mahamudra. All of them, even the second instruction that at first glance looks as though it only addresses the mind, are remarkably physical in their intentions:

Do nothing with the body but relax.
Empty the mind, and let the mind cling to
nothing.
Become like a hollow bamboo.

Throughout the text of this book we will have occasion to keep coming back to these three simple, but highly potent, lines of instruction, and we will use them as our primary guide in our attempts to explain and establish the bodily conditions that naturally support them.

To enter into the great gesture of the mind, we first need to establish a great gesture in the body, and the great gesture that our bodies are being evolutionarily propelled toward is the gesture of balance. Taken together, the evolution of the body and the evolution of the mind express themselves through the image of an embodied cross. I call it a cross because, just like the familiar Christian symbol of salvation, it consists of a vertical pole or axis and a horizontal cross bar. The vertical pole shows us how to be in our bodies. The horizontal bar guides us as to how to work with our minds as we interact with the world. The image of the embodied cross is not at all an abstract symbol or an article of faith. It represents, rather, the actual experience available to a human being who pursues physical balance as his or her spiritual path.
Will Johnson

“In Yoga of the Mahamudra Will Johnson affirms that the primary method of transcendence used by authentic spiritual practices is direct experience of one’s own living body--a mindful awareness of the body’s energies as they change from moment to moment. Moreover, he has given us a timeless manual for wise and healthy living that is sorely needed in our difficult modern world.”

“A fascinating look into the physical and mental universe of Mahamudra. Will Johnson gives the body-mind unit back to space and unveils the principles that liberate the cosmic dancer within.”

– Daniel Odier, author of Yoga Spandakarika and Desire: The Tantric Path to Awakening

"Yoga of the Mahamudra: The Mystical Way of Balance reads like a sustained breath of clean, purifying mountain air. In this beautiful volume by Canadian writer Will Johnson, you will learn how the body can become like a bamboo flute and how relaxed, spontaneous movements of the body can express higher consciousness and usher in divine energies."

"Johnson's book consists of vivid meditations on the mahamudra state of awareness, which even more orthodox practitioners of Buddhism might find helpful. All too often, Buddhist practitioners in the West fall prey to mentalizing their meditation practice. Yoga of the Mahamudra is a timely reminder that if the process toward enlightenment does not include the body, we are shortchanging ourselves."

"For those who choose to stand up and explore through their own experience of embodiment, Johnson promises a whole other level of adventure."

Yoga of the Mahamudra

The Mystical Way of Balance