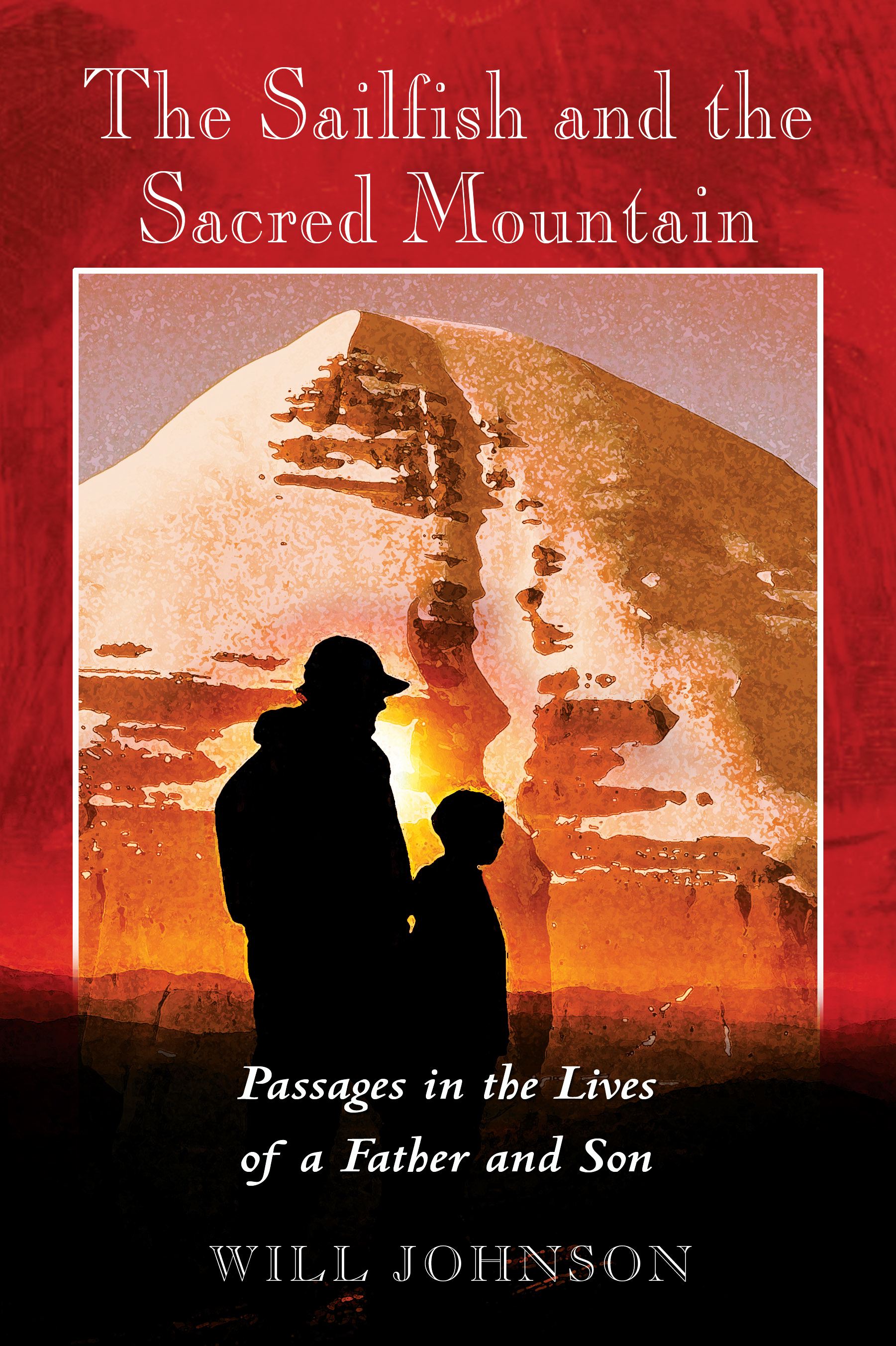 • Reveals the essential role spirituality can play in our mundane lives

• Celebrates not only traditional rites of passage, but also the more subtle moments of change that continually take place within each of us

Part spiritual travelogue, part personal memoir, The Sailfish and the Sacred Mountain is the story of the profound moments that forever change our lives, told in the context of a father and son’s journey to the sacred Mount Kailas in Tibet.

Every moment in life is a moment of passage. While many culturally prescribed rites of passage--baptisms, bar mitzvahs, and confirmations--may not necessarily transform the participant into a higher level of maturity and understanding, there are many other moments that stand out as true passages into a new phase of life. These are the moments of triumph or of pain and defeat--the first taste of love, the birth of a child, the death of a loved one--moments after which we know, in the quiet of our hearts and minds, we will never be the same.

The Sailfish and the Sacred Mountain presents a unique view into how we can create the circumstances that invite profound spiritual awakenings to occur in our lives and how we can recognize and embrace the powerful lessons these events have to offer. As Will Johnson reflects on his own life passages, he tells the story of the remarkable journey with his son to Mount Kailas--a journey that proves to be a moment of passage for both father and son.

Epilogue: The Days Between

In acknowledgment of the power that moments of passage have on our lives, we have created rituals for our sons and daughters in hopes that these events will confer some of the transformational powers that true moments of passage possess. The baptisms, bar mitzvahs or bas mitzvahs, and confirmations of Western religions all attempt to confer a rite of passage on the participant and to raise him or her to a higher level of maturity or understanding. . . . A young girl becomes a woman. A boy is a boy no longer but can now participate as fully as he is capable in the activities of the men of his culture or tribe. The problem with creating artificial rites of passage is that there is no guarantee that the desired effect will occur. . . . A thirteen-year-old Jewish boy may perform his bar mitzvah only to find that nothing has changed, that he is still a boy and is not yet treated like a man in the way that the ceremony originally promised. . . . Neither are there any guarantees that the culturally created rite of passage will provide protection from the fateful changes and occurrences that can truly turn a life upside down. . . . Nevertheless whatever our motives, or the understanding behind our motives, we keep on creating rites of passage because we love our sons and daughters so very much.

As I read Lama Govinda’s description of his pilgrimage to the sacred mountain, a long buried memory began to wake up from its hibernation, as though it were slowly reviving itself around the warmth of a late winter fire. . . .

And at that moment, warmed by the blood of memory, a new dream began to form. How wonderful it would be, not only for me to rekindle my dream and travel to Mount Kailas at some point in my life, but to take my son with me as well. And how wonderful it would be to do that around his thirteenth birthday as a rite of passage into adulthood.

I remembered back to when I was that age, and I underwent the bar mitzvah ceremony. I remembered how I had enjoyed the ceremony, but had also felt let down by it, as though it hadn’t fully delivered on its promise. I remembered further back to an event in my life that had occurred totally outside the domain of organized religion, and how I’d always considered that event to have been my true rite of passage into adulthood.

Sixth grade had just begun, and the maple trees of central Minnesota were just beginning to hint at the riotous change in color they would soon undergo, when my father came home and announced that we would drive to Florida over the Christmas holidays to go deep-sea fishing and attempt to catch a sailfish. The announcement simply stunned me. All the magazine articles I had ever read about sailfish presented an image of a Neptunian being unequaled in majesty and evasiveness, a watery version of the Himalayan snow leopard. . . . They were beautiful fish. They were very large. They represented the pinnacle of fishing, or so I imagined, as I contented myself with the sunfish, pikes, and bass of my backyard.

With my father’s announcement, a new dream was planted in the garden of my mind, and it rapidly began to germinate and establish roots. I was going to go deep-sea fishing in the attempt to catch a sailfish. I instantly became obsessed with this idea and this possibility. I was actually going to go out on a deep-sea fishing boat, trolling through the waters where sailfish swim. One thought alone began to take over my inner mindscape and turned itself into a desire so strong that it completely colored the next three months of my life. I knew that I wanted, more than anything that I could think of, to catch a sailfish.

The thought clearly possessed a life of its own. I couldn’t not think it, and so I welcomed it into my life. It’s said that the power of a mantra or prayer, if intoned long enough and with enough conviction, gradually begins to manifest as a reality in the life of the aspirant. I knew nothing about any of this at the time. All I knew was that I want to catch a sailfish; I want to catch a sailfish.

The sailfish hit my line at half past four. It came from nowhere. We never saw it saunter up to the ballyhoo and toy with it like a cat playing with a mouse. Instead, it must have come at the bait from below at a tremendous speed, taking it fully in its mouth, the momentum from its run carrying the whole six feet of its length entirely out of the water. Dick [captain of the fishing boat] screamed at me to set the hook, and I pulled back on the rod that I felt being pulled from my hands with all the strength I had.
Will Johnson

"Presents a unique view into how parents can create the circumstances that invite meaningful coming of age experiences."

"The Sailfish and the Sacred Mountain will speak to anyone who has ever yearned for more meaning in life."

"Every parent will marvel at this work that honors the common sense and directness of young children. . . . takes readers on a journey of communication across generations."