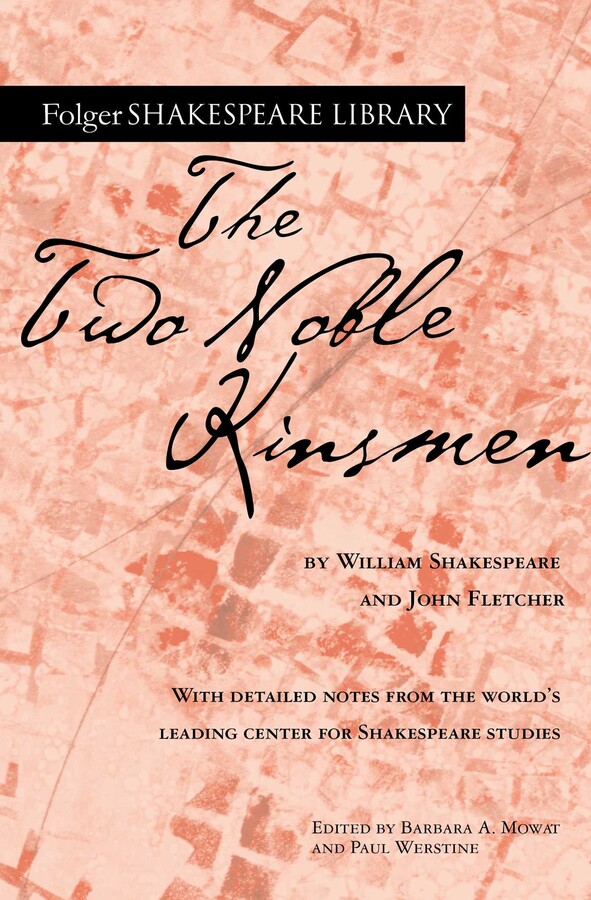 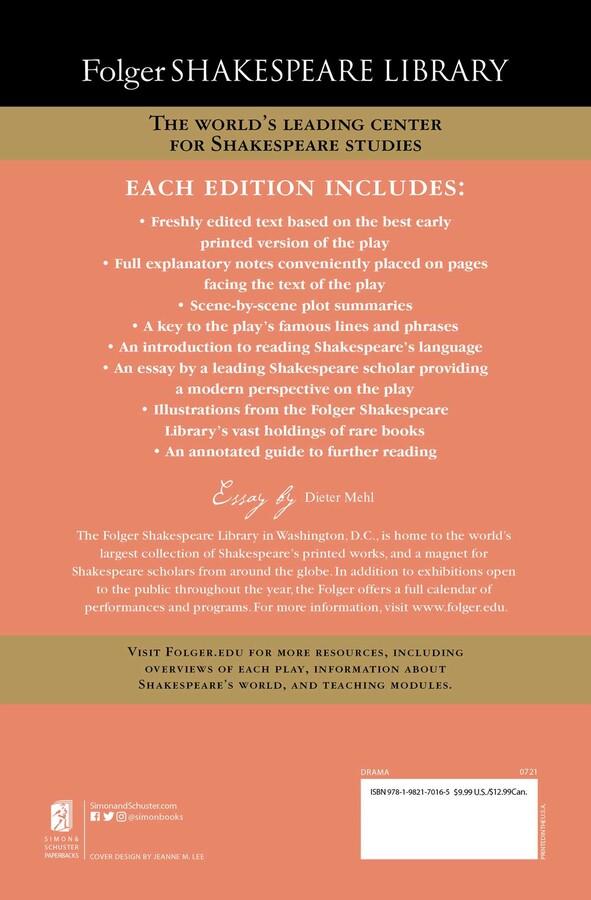 The authoritative edition of The Two Noble Kinsmen from The Folger Shakespeare Library, the trusted and widely used Shakespeare series for students and general readers.

Written by Shakespeare and John Fletcher, this play tells the familiar story of a love triangle. Here, though, it seems distant and strange. Initially, the Theban knights Arcite and Palamon are devoted kinsmen, both serving their king, Creaon, who is defeated by Theseus, Duke of Athens. After they are imprisoned in Athens, they see Emilia, sister of the Duchess of Athens, through a window. They become rivals for her love, eager to fight each other to the death, even though she does not know they exist.

After Arcite is released and banished, and Palamon escapes, they begin their would-be fight to the death with chivalric ceremony. Theseus, happening on them, decrees that they must compete for her in a tournament, after which the loser will be executed.

Emilia is no willing bride; as a girl, she loved Flavina, who has died. Still, she tries to avert the tournament by choosing between Arcite and Palamon, only to find she cannot. The jailer’s daughter, a character added by the playwrights, is infatuated with Palamon and helps him escape. But the social gulf between her and Palamon is unimaginably wide. Only the gods can bring the play to resolution.

This edition includes:
-Freshly edited text based on the best early printed version of the play
-Full explanatory notes conveniently placed on pages facing the text of the play
-Scene-by-scene plot summaries
-A key to the play’s famous lines and phrases
-An introduction to reading Shakespeare’s language
-An essay by a leading Shakespeare scholar providing a modern perspective on the play
-Fresh images from the Folger Shakespeare Library’s vast holdings of rare books
-An annotated guide to further reading

The Folger Shakespeare Library in Washington, DC, is home to the world’s largest collection of Shakespeare’s printed works, and a magnet for Shakespeare scholars from around the globe. In addition to exhibitions open to the public throughout the year, the Folger offers a full calendar of performances and programs. For more information, visit Folger.edu.

William Shakespeare was born in April 1564 in the town of Stratford-upon-Avon, on England’s Avon River. When he was eighteen, he married Anne Hathaway. The couple had three children—an older daughter Susanna and twins, Judith and Hamnet. Hamnet, Shakespeare’s only son, died in childhood. The bulk of Shakespeare’s working life was spent in the theater world of London, where he established himself professionally by the early 1590s. He enjoyed success not only as a playwright and poet, but also as an actor and shareholder in an acting company. Although some think that sometime between 1610 and 1613 Shakespeare retired from the theater and returned home to Stratford, where he died in 1616, others believe that he may have continued to work in London until close to his death.