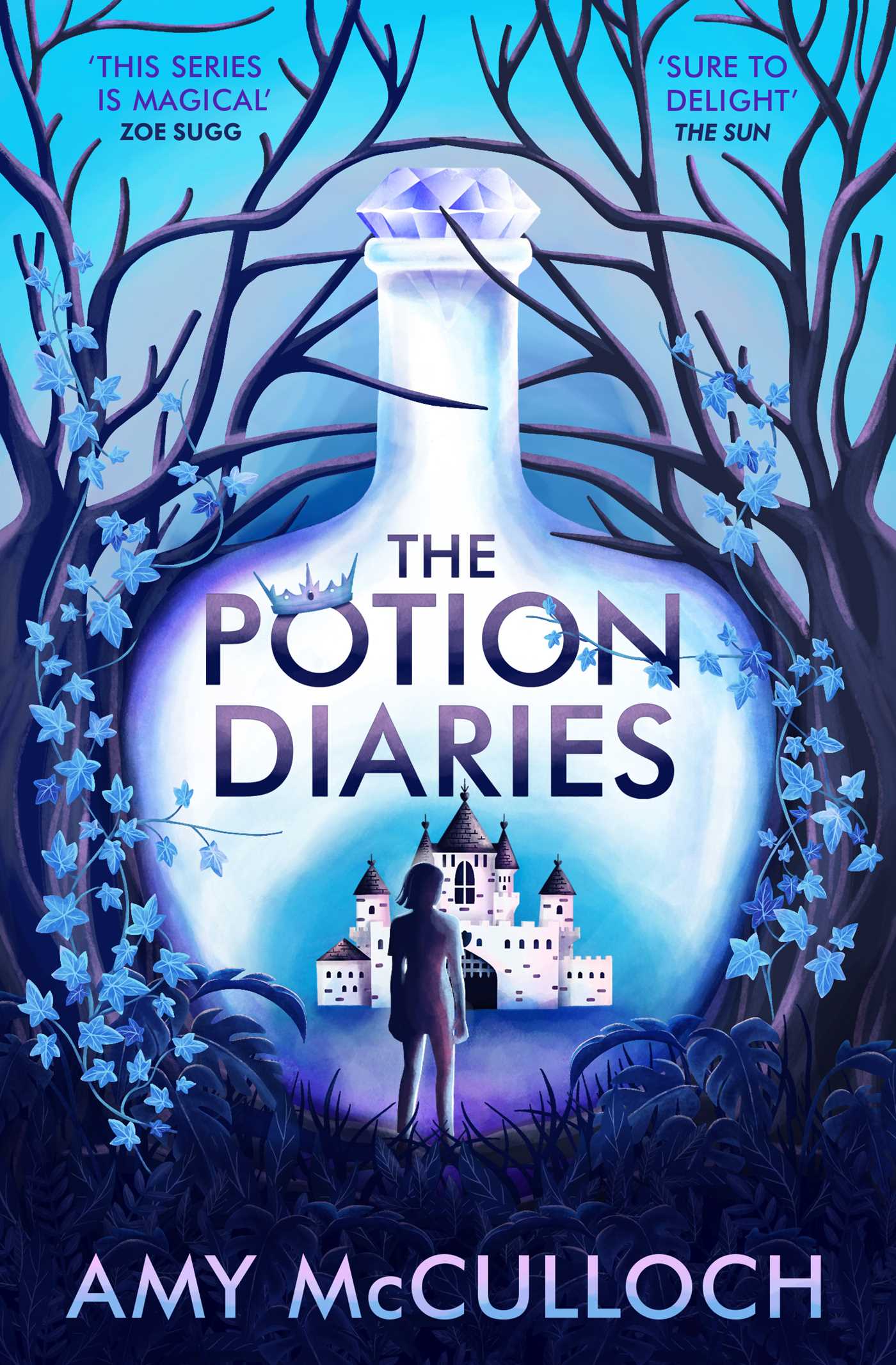 Book #1 of The Potion Diaries
By Amy Alward
LIST PRICE: AU$ 6.99
PRICE MAY VARY BY RETAILER

A SPELLBINDING ADVENTURE FOR TEEN READERS, perfect for fans of Holly Smale, Zoe Sugg and Rainbow Rowell. Look out for Amy McCulloch's THE MAGPIE SOCIETY series, co-written with Zoe Suggs and COMING SOON!

When the Princess of Nova accidentally poisons herself with a love potion meant for her crush, she falls crown-over-heels in love with her own reflection. Oops. A nationwide hunt is called to find the cure, with competitors travelling the world for the rarest ingredients, deep in magical forests and frozen tundras, facing death at every turn. Enter Samantha Kemi - an ordinary girl with an extraordinary talent. Sam's family were once the most respected alchemists in the kingdom, but they've fallen on hard times, and winning the hunt would save their reputation. But can Sam really compete with the dazzling powers of the Zoro Aster megapharma company? Just how close is Sam willing to get to Zain Aster, her dashing former classmate and enemy, in the meantime? And just to add to the pressure, this quest is ALL OVER social media. And the world news. No big deal, then.

SELECTED FOR THE ZOELLA BOOK CLUB IN 2016

'Inventive, romantic, and downright delightful, The Potion Diaries cast its spell on me from page one, and is the most fun I've had reading in ages!' Sarah J Maas, author of the Throne of Glass series

Amy McCulloch is a Chinese-White author, born in the UK, raised in Ottawa, Canada, now based in London, UK. She has written seven novels for children and young adults, and been published in over ten different languages.

Amy Alward is a Canadian author living in London who fits writing in around her work as editorial director for one of the UK’s leading children’s publishers. The Oathbreaker’s Shadow and The Shadow’s Curse are her first two books, published under her maiden name, Amy McCulloch. She lives life in a continual search for adventure, coffee, and really great books. Visit her at AmyAlward.co.uk or on Twitter @Amy_Alward.

Inventive, romantic, and downright delightful, Madly cast its spell on me from page one, and is the most fun I've had reading in ages!

– Sarah J Maas, author of the Throne of Glass series

Alward knows a thing or two about what sells - and she's written a tale that's sure to delight young readers.

Book #1 of The Potion Diaries
By Amy Alward
LIST PRICE: AU$ 6.99
PRICE MAY VARY BY RETAILER

More books in this series: The Potion Diaries