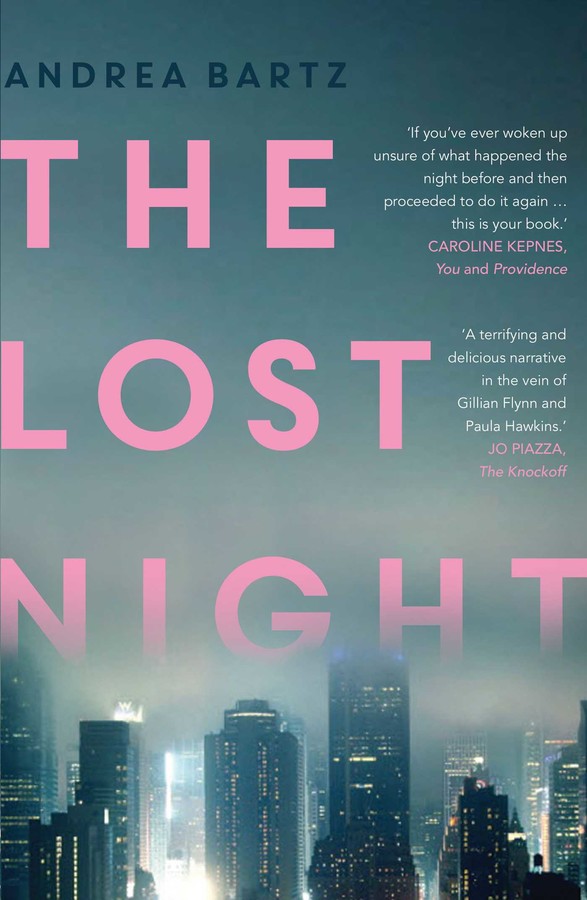 ‘I Know What You Did Last Summer meets The Girl on the Train’ (Marie Claire) from the author of We Were Never Here, a Reese's Book Club pick

Edie was once the shining star in her 20-something circle in New York’s coolest neighbourhood. Like Andy Warhol’s muse, the seductive, beguiling and mercurial party girl had the social world in her thrall. Every girl wanted to be Edie, every boy wanted her, and she and her clique treated their slice of the city like a playground.

When Edie committed suicide at the end of a long, drunken night, no one could quite believe it. An overwhelming mix of grief, shock and resentment drove each of her ‘devoted’ friends into their own corner and, for years, that’s where they stayed.

Ten years later a chilling chance reunion forces Edie's best friend to wonder if there was more to her death. When a deeply unsettling video from that wild and terrible, hazy night emerges she starts to wonder if Edie was actually murdered – and, worse, if she herself was involved.

As Lindsay turns detective on her own life, revisiting events everyone would rather forget and interrogating her own fractured memory, she is forced to confront the demons of her past. In a shocking twist, the truth emerges of what really happened that night ...

‘Andrea Bartz casts a nostalgic, misty haze over this story about a meticulous-minded woman playing detective with her own life. If you’ve ever woken up unsure of what happened the night before and then proceeded to do it again…oh my, this is your book.’ Caroline Kepnes, bestselling author of You and Providence

‘Bartz has crafted a terrifying and delicious narrative in the vein of Gillian Flynn and Paula Hawkins. A compulsively readable journey into the dark corners of memory.’ Jo Piazza, bestselling coauthor of The Knockoff

Andrea Bartz
Andrea Bartz is a Brooklyn-based journalist and author of We Were Never Here, The Lost Night and The Herd. Her work has appeared in The Wall Street Journal, Marie Claire, Vogue, Cosmopolitan, Women's Health and many other outlets, and she's held editorial positions at Glamour, Psychology Today, and Self, among other publications.

'Andrea Bartz casts a nostalgic, misty haze over this story about a meticulous-minded woman playing detective with her own life. If you’ve ever woken up unsure of what happened the night before and then proceeded to do it again…oh my, this is your book.’

– Caroline Kepnes, bestselling author of YOU and PROVIDENCE

‘Bartz has crafted a terrifying and delicious narrative in the vein of Gillian Flynn and Paula Hawkins. A compulsively readable journey into the dark corners of memory.’

'If The Girl on the Train had been a Brooklyn party kid, she’d feel right at home in The Lost Night: A juicy thriller wrapped up in a vivid nostalgia trip'

‘Exciting, gripping, disquieting—The Lost Night is more than a thriller. It’s a magnificent examination of the dark corners of our souls. Andrea Bartz has written this season’s must-read novel.'

‘I loved this very cool thriller that puts you bang in the middle of New York’s hippest crowd. The damaged narrator will keep you second-guessing all the way. I read it in two days!’

– C.J .Tudor, author of The Chalk Man and The Hiding Place

‘This suspenseful, twisty thriller is the perfect book if you’re in the midst of your invincible twenties, or if you’ve ever looked back on that ephemeral time in your life and thought, How in the world did I live to tell the tale?’

– Camille Perri, author of The Assistants and When Katie Met Cassidy

‘A fun, smart mystery that kept me guessing until the end.’

'Tightly paced and skillfully plotted, The Lost Night is a remarkable debut. Andrea Bartz captured a distinct period of time in a young woman’s life that intrigued me, surprised me, and left me flush with nostalgia. I want more from this talented new voice.'

‘A riveting debut with, yes, an echo of The Girl on the Train.’

'[An] impressive debut with a nerve-wracking finish.'

'I Know What You Did Last Summer meets The Girl on the Train in Andrea Bartz’s addictive debut novel.'

'If you couldn’t get enough of TBS’s Search Party or more recently Netflix’s Russian Doll, pick up a copy of The Lost Night ... [A] haunting debut.'

'Debut author Bartz pens a captivating psychological suspense novel full of moving pieces and expertly paced. The tension is unmatched as the pieces fall into place, but not without the protagonist second-guessing herself ... This whip-smart and mysterious read is perfect for fans of Gillian Flynn and Paula Hawkins.'

'It kept me flipping pages so intensely that I actually missed my stop on the subway.'

'A twisty, tightly plotted thriller set among the hipsters of Brooklyn.'

'Poised to be one of the most talked-about books of the winter.'

'The Lost Night has some of the best plot twists you’ll read all year long.'

'If you liked The Girl on the Train, you’ll love The Lost Night.'

'Twisty and unpredictable, The Lost Night will keep you guessing – and might make you reexamine your own past.'

'A compelling story that will leave you guessing until the final page.'

'An intense, emotionally gripping novel pitting memory and reality against each other…will keep you awake long into the night.'

'A strong, atmospheric debut steeped in the lush details of Brooklyn in the late aughts ... Expect to read a great deal more from Bartz in the future.'