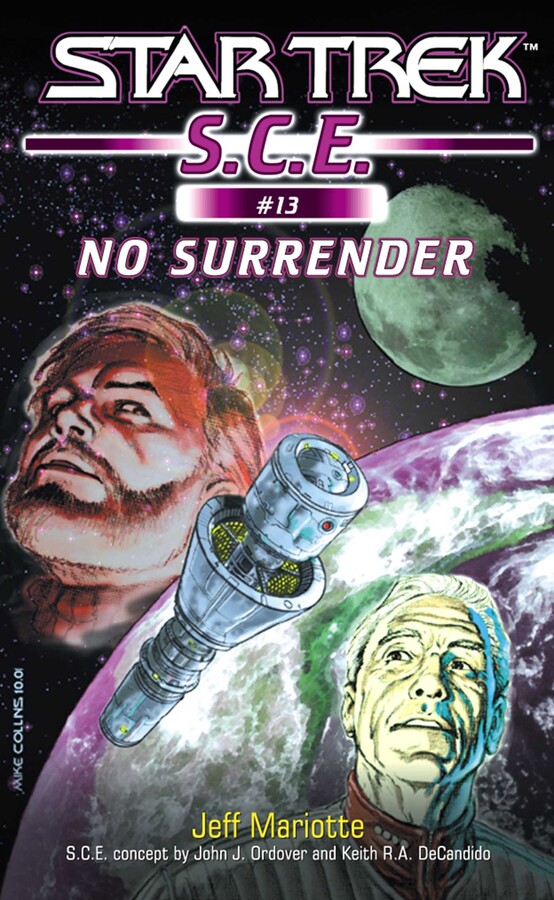 The Kursican Orbital Incarceration Platform -- known as "the Plat" -- is the primary prison facility for Kursican, a world applying for Federation membership. When the Plat malfunctions, the da Vinci is sent to Kursican to board and repair the out-of-control orbital station.
But the da Vinci crew finds itself in the midst of a political firestorm, as the malfunction is the result of sabotage by a group of political agitators -- one of whom is Augustus Bradford, an old friend of Captain Gold's. While Commander Gomez and her crack S.C.E. team try to put the Plat right, Gold must balance his duty against his loyalty to his friend -- before Kursican explodes!

Chapter One
Deborah Bradford clutched Ben's small hand tightly as they boarded the shuttle on Kursican Primus. The boy had just turned three -- big enough to walk on his own, but small enough that she was concerned about him getting trampled underfoot. She was especially concerned about some of the less humanoid races also boarding the ship -- that Benzite, for example, whose bearing made him appear aloof, even haughty, might not have deigned to look down to notice someone whose head barely reached past his knees. Once they had taken their seats, though, she relaxed, as much as she could. The flight to the Plat -- the Kursican Orbital Incarceration Platform -- would take nine hours, the shuttle having been built more for load capacity than speed.
The Kursicans had apparently put little thought or effort into the passenger compartment of the shuttle. It held about one hundred and twenty seats, Deborah estimated, in four rows of three seats each, separated by narrow aisles. The bulkheads were undecorated metal, and there were no ports to show the view outside or anything else to distract the eye. Passengers willing to pay a premium could ride in a private cabin, but there were fewer than a dozen available, and Deborah hadn't wanted to spend that much anyway. She just hoped Ben would be able to sleep in his seat. She wanted him rested and in a cheerful mood when he met his grandfather.
Over the course of the nine-hour trip, he met more of their fellow passengers than she did -- not surprising, since he was a rambunctious toddler, and she was, as the mother of a three-year-old, near exhaustion most of the time. Ben, though, managed to make the acquaintance of Uree, a Deltan diplomat on his way to the Plat on Federation business; the Benzite, who turned out to have a soft spot for children; and three of the guards who kept wary eyes on the group. In the aisle seat of their row sat a medical technician named Isitov, a human from Val'Jon, which shared this planetary system with Kursican and Szylith. Isitov seemed glad of the distraction Ben offered; Deborah had the impression that he was nervous about this posting. But then he was very young, and she was sure that even a more experienced sort might be a bit on edge about taking a job on a space station that held one thousand criminals -- well, criminals and political prisoners, she corrected herself mentally -- with a staff of only about one hundred.
She was most impressed that Ben had managed to converse with Uree. The Deltan was part of a mission to consider the three sister planets for membership in the Federation. As a show of good faith, the Federation wanted prisoners from Federation-member planets to be released from the Plat and sent to Federation-approved facilities, or perhaps freed, if an examination of the facts proved them not guilty of the crimes for which they'd been imprisoned. Kursican had a reputation of being somewhat overzealous when it came to law enforcement, and the Plat had an even worse reputation as harsh and terrible punishment under any circumstances.
Deborah knew that seeing her father there would break her heart. But not seeing him would have been worse yet. Besides, she owed it to Augustus Bradford to introduce him to his first grandson, Benjamin.
After the shuttle docked in the Plat's shuttlebay, Deborah gathered her things and Ben's and prepared to disembark. Isitov stepped aside to let them pass, and managed to back into another passenger, dropping his own bag in the process. He scooped it up quickly with muttered apologies to the passenger behind him and to Deborah. She noticed a sheen of sweat glossing his upper lip as she stepped past him and toward the exit. Poor guy really is nervous, she thought. She held Ben's hand and led him off the shuttle, still thinking about Isitov because it was easier than thinking about her father, incarcerated for life because of his political beliefs. She hoped the trip wouldn't prove overly traumatic for any of them. 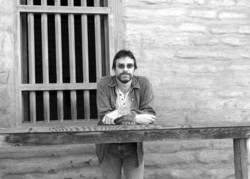 Jeff Mariotte is the award-winning author of more than seventy novels, including thrillers Empty Rooms and The Devil’s Bait, supernatural thrillers Season of the Wolf, Missing White Girl, River Runs Red, and Cold Black Hearts, and horror epic The Slab. With his wife, the author Marsheila Rockwell, he wrote the science fiction/horror/thriller 7 SYKOS, and numerous shorter works. He also writes comic books, including the long-running horror/Western comic book series Desperadoes and graphic novels Zombie Cop and Fade to Black. He has worked in virtually every aspect of the book business, including bookselling, marketing, editing, and publishing. He lives in Arizona, in a home filled with books, art, music, toys, and love.