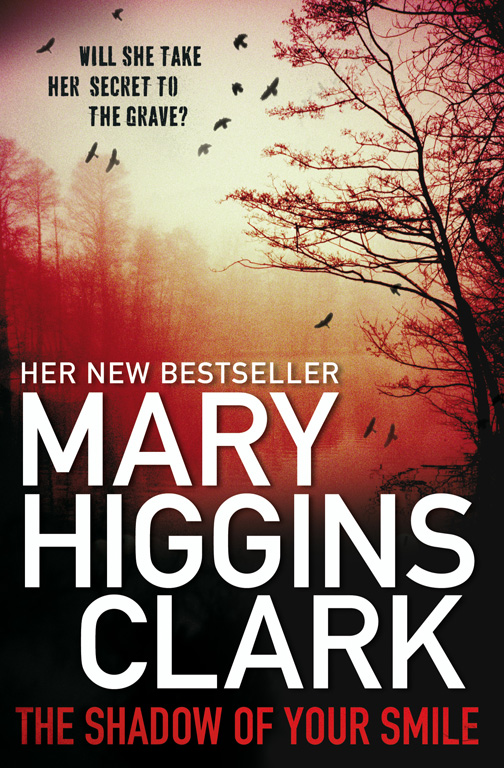 Shadow of Your Smile

At age eighty-three and in failing health, Olivia Morrow knows she has little time left. The last of her line, she faces a momentous choice: expose a long-held family secret, or take it with her to her grave.

Olivia has in her possession letters from her deceased cousin Catherine, a nun, now being considered for beatification by the Catholic Church. These letters reveal that, at the age of seventeen, Catherine gave birth to a son and gave him up for adoption and they identify the father as Alex Gannon, a world-famous doctor, scientist and inventor of medical patents.

Now, two generations later, thirty-one year old paediatrician, Dr. Monica Farrell, Catherine's granddaughter, stands as the rightful heir to what remains of the Gannon family fortune. But in telling Monica who she really is and getting what is lawfully hers, Olivia would have to betray Catherine's wishes and reveal the story behind Monica's ancestry. As the pressure of Olivia's impending choice weighs down on her, little does she realize that Alex Gannon's grand-nephews - who are currently exploiting the Gannon inheritance to fund their profligate lifestyles - will stop at nothing to silence Olivia and prevent Monica from learning the secret, even murder.

This reading group guide for The Shadow of Your Smile includes an introduction, discussion questions, ideas for enhancing your book club, and a Q&A with author Mary Higgins Clark. The suggested questions are intended to help your reading group find new and interesting angles and topics for your discussion. We hope that these ideas will enrich your conversation and increase your enjoyment of the book.

Elderly Olivia Morrow knows she doesn’t have much time left, and faces a momentous choice.  Should she reveal a family secret—that her cousin, Sister Catherine, a nun about to be beatified by the Catholic Church, had once been violated and had given up her baby for adoption—or should she take the secret to her grave? Catherine’s attacker, a world-renowned doctor and scientist, made a vast fortune for his medical inventions. Catherine’s granddaughter, Dr. Monica Farrell, is his rightful heir, but Olivia would have to betray Catherine’s wishes to reveal Monica’s parentage. There are, however, people aware of Olivia’s impending choice—those now squandering the money. To silence Olivia and prevent Monica from learning the secret, one of them will stop at nothing—even murder.

1. Olivia Morrow has strong memories of Catherine, her cousin, even as a young girl. Why was she so drawn to Catherine? What about her did Olivia admire?

2. Why was Dr. Clay Hadley involved in the attempted murder of Olivia? Why is keeping her secret so important to him especially? Did his remorse for the crime in any way change your opinion of him?

3. Dr. Monica Farrell is good with children, and is especially drawn to neglected Sally. How does their connection foreshadow much of the story?

4. Do you agree with Olivia’s decision to attempt to share with Monica the details of her birth parents? Why or why not?

5. When she was seventeen, Catherine said she felt called to God rather than to Alex Gannon (34). Is it possible to understand one’s future at that age? Did Catherine really know what she was doing? Did it end up being the right decision?

6. What did Olivia expect to gain by visiting Catherine’s grave? She kept asking questions aloud; who did she expect to answer them? What was she trying to figure out?

7. Monica has trouble believing that a miracle could cure Carlos Garcia’s cancer. Why is accepting a miracle so difficult for her?

8. Greg Gannon says he’ll no longer help “the butcher, the baker or the candlestick maker” and will take on only large clients, unlike his father (46). How does this attitude lead him into his current trouble with the government?

9. The novel is titled The Shadow of Your Smile. What does this mean in the context of the story? Whose smile does it refer to?

10. The socialites—the Gannon family, Renée Carter—though rich, are mired in trouble. The assistants and working-class people in the novel are viewed more sympathetically as levelheaded and honest. Discuss this class distinction.

11. Scott Alterman’s goals were to either marry Monica or, if not, to represent her in court and get a piece of the Gannon family fortune (72). What does his attitude say about his character? Does he seem like a trustworthy person? Does your opinion change after his death?

12. Peter Gannon, the failed producer, claims he blacked out and didn’t have a recollection of the night Renée was killed. When you first heard this, did you believe him? When did you realize he didn’t commit the crime?

13. The police say Pamela Gannon claimed she gave the instruction to kill Olivia and Monica. What was her motive? Why was it so easy for the men around her to follow her instructions, even if they included murder?

14. Monica and her grandmother, Catherine, appear to have many things in common, as shown in the lives they lived. What are some areas in which they are similar? How are they different?

15. If the story were to continue, do you think Catherine would reach sainthood? Why or why not?

1. There are many who have been sainted throughout history. Research the process and steps to become a saint. Find out information about sainthood and how it started with the group. Talk about a saint you are drawn to, and why. What area of life does he or she represent?

2. Olivia takes a drive to her childhood home shortly before her death, and reminisces about the past. Share pictures with the group of your childhood landmarks and share some memories.

3. Peter Gannon was a failed Broadway producer. Do you have any favorite Broadway shows, or favorite flops? Share them with the group or get together to see a show or watch them on DVD.

4. Mary Higgins Clark novels are always full of suspense. Discuss how this story ranks with your all-time favorites.


A Conversation with Mary Higgins Clark

1. In the introduction, you talk about attending a beatification ceremony. Do you consider yourself a religious person?

Yes, I do.  I have always been a devout Catholic and continue to be one.


2. Why did you choose to write about the topic of miracles? Do you believe that miracles still happen today?

I chose to write it because I attended a beatification ceremony for Sister Angeline Teresa McCrory, who is credited with the healing of an unborn child. All sonograms showed the baby was hopelessly deformed.  A crusade of prayers was made to Sister Angeline—the baby was born perfectly normal.


3. Monica, as a woman of science, said she didn’t believe in miracles. That’s a common belief in today’s society. Why do you think that is?

I think that in many ways we have become a secular and cynical society.

4. What message, if any, were you trying to send with this novel?

I don’t think I send messages.  The beatification ceremony gave me the idea for this book.  I think the themes in it are to a great extent good versus evil, and that good will triumph.

5. In the writing of a story, do you begin to feel a bond with any of your characters? Do you pull for certain ones, such as Monica, while disliking others, perhaps Greg Gannon? Or are the unlikable ones more interesting for their darkness?

When writing a book, I bond with all my characters.  I try to become them—think as they think.  A person like Greg Gannon is someone who, from the beginning, had a compulsive rush to power and, in the end, lost everything. The unlikable characters—the truly evil ones—are always interesting.

6. Many of your novels take place in New York City. What about the city draws you to it?

I was born and raised in New York City.  It is the premier city of the world. I think most readers have a certain fascination for New York and would like to visit it. I help them to visit it in my books.

7. Both Monica and Catherine are healers, interested in helping others. Do you see some of these character traits in yourself?

8. How do you write such intricately woven stories? Is it ever difficult to keep the strands together and make them connect in the end?

When I write, I draw a wide landscape.  I sometimes wonder if I will be able to keep the strands together, but at a certain point in the book, a particular character decides what he or she will do next.  Sometimes when I begin a chapter I have no idea where that character will take me.  Fortunately, the strands do come together in the end.

9. Where do the ideas for your stories come from? Do you start with an ending in mind or does it grow out of the story?

The ideas for my stories almost inevitably come from a newspaper article I have read or, as in this book, a ceremony or meeting I attended.  It is not so   much that I start with an ending in mind as that I know who committed the crime and that knowledge makes it certain that the ending is coming in one direction to one person.

10.  You have written dozens of bestsellers and have millions of copies sold. What keeps you writing?

I write because I love to write.  Writing is necessary for me.  I will always write, although if I ever feel that a book is not up to par, I will not publish it.  I have instructed my family that when I die, they should put a spiral notebook and a pen in the coffin.  I also told them to throw in a glass of wine.

11. What can you tell us about your next novel?

I haven’t the faintest idea yet, but I feel I am going to know soon.

The #1 New York Times bestselling author Mary Higgins Clark wrote forty suspense novels, four collections of short stories, a his­torical novel, a memoir, and two children’s books. With bestselling author Alafair Burke she wrote the Under Suspicion series including The Cinderella Murder, All Dressed in White, The Sleeping Beauty Killer, Every Breath You Take, and You Don’t Own Me. With her daughter Carol Higgins Clark, she coauthored five more suspense novels. More than one hundred million copies of her books are in print in the United States alone. Her books are international bestsellers.

Shadow of Your Smile

SEE ALL
See more by Mary Higgins Clark
Thank you for signing up, fellow book lover!