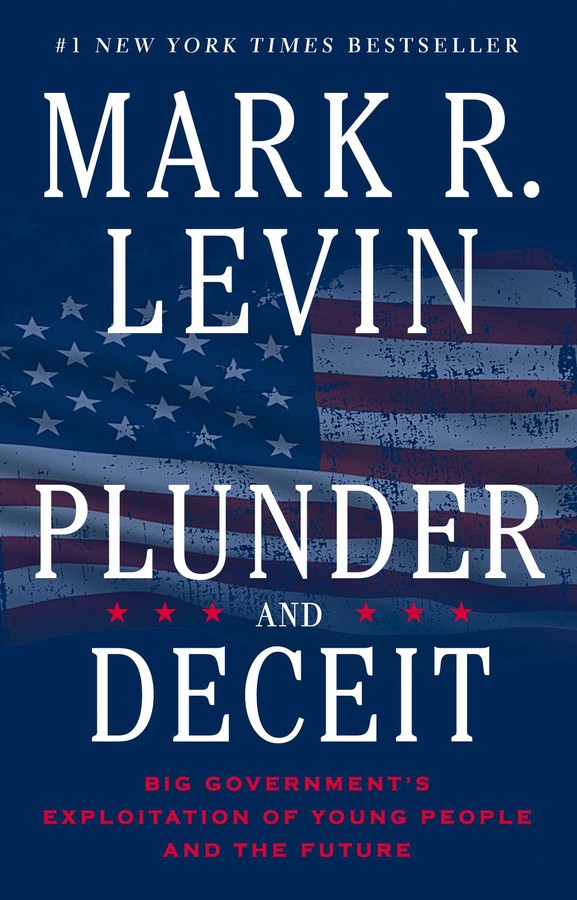 Big Government's Exploitation of Young People and the Future

In modern America, the civil society is being steadily devoured by a ubiquitous federal government. But as the government grows into an increasingly authoritarian and centralized federal Leviathan, many parents continue to tolerate, if not enthusiastically champion, grievous public policies that threaten their children and successive generations with a grim future at the hands of a brazenly expanding and imploding entitlement state poised to burden them with massive debt, mediocre education, waves of immigration, and a deteriorating national defense.

Yet tyranny is not inevitable. In Federalist 51, James Madison explained with cautionary insight the essential balance between the civil society and governmental restraint: “In framing a government which is to be administered by men over men, the great difficulty lies in this: you must first enable the government to control the governed; and in the next place oblige it to control itself.”

This essential new book is, against all odds, a likeminded appeal to reason and audacity—one intended for all Americans but particularly the rising generation. Younger people must find the personal strength and will to break through the cycle of statist manipulation, unrelenting emotional overtures, and the pressure of groupthink, which are humbling, dispiriting, and absorbing them; to stand up against the heavy hand of centralized government, which if left unabated will assuredly condemn them to economic and societal calamity.

Levin calls for a new civil rights movement, one that will foster liberty and prosperity and cease the exploitation of young people by statist masterminds. He challenges the rising generation of younger Americans to awaken to the cause of their own salvation, asking: will you acquiesce to a government that overwhelmingly acts without constitutional foundation—or will you stand in your own defense so that yours and future generations can live in freedom?

Mark R. Levin, nationally syndicated talk radio host, host of LevinTV, chairman of Landmark Legal Foundation, and the host of the Fox News show Life, Liberty, & Levin, is the author of seven consecutive #1 New York Times bestsellers: Liberty and Tyranny, Ameritopia, The Liberty Amendments, Plunder and Deceit, Rediscovering Americanism, Unfreedom of the Press, and American Marxism. Liberty and Tyranny spent three months at #1 and sold more than 1.5 million copies. His books Men in Black and Rescuing Sprite were also New York Times bestsellers. Levin is an inductee of the National Radio Hall of Fame and was a top adviser to several members of President Ronald Reagan’s cabinet. He holds a BA from Temple University and a JD from Temple University Law School.

“Levin’s book is precisely what the nation needs to force a public discussion of these issues and to keep statists’ hands off the remote…it honestly amazes me how, in a relatively short book, he can present power-packed information on all these critical issues as thoroughly as the densest textbook yet in a style as readable and riveting as any best-selling novel.”

"Everything that has made Mark Levin one of the conservative movement’s most influential voices is there in his new book Plunder and Deceit. There’s championship-level rhetoric, Mr. Levin's trademark unapologetic zeal, as well as his relentless flood of facts and data...Plunder and Deceit is more than a book. It’s a manifesto. The likes of which you’d expect to be written by an Old Testament prophet pleading with the emerging generation to return to the righteous path their ancestors strayed from....Mr. Levin has authored a Rosetta Stone for a true conservative to win back the White House in 2016."

“A clarion call to young people…arresting…Mark Levin has hope because the liberty activists he seeks to inspire will be on the side of the angels. And he has made certain that they will be armed with the facts.”

“Mark Levin writes beautifully, and he writes about important things…Plunder and Deceit is an excellent, engaging, engrossing survey of the damage done by Permanent Washington and its incompetent, self-serving denizens…a bracing meditation.”

“[Levin] hits nearly every bit of stale, media-perpetuated conventional wisdom in his neatly-organized chapters, with an eye toward proving how all of these widely-accepted falsehoods fit together into single unified deception…His crisp, well-documented, beautifully-written book offers a grim diagnosis followed by an inspiring conclusion. It’s not a fatalistic work – it’s a call to arms for a difficult battle.”

“Mark Levin has done it again…a frightening look into exactly what today’s thoughtless and greedy ruling generation of Americans are leaving behind for the next generation — their own children.”

“Once again Mark Levin, the constitutional scholar and radio talk show host, has written an important book that should be in the library of every thoughtful conservative…lucidly presented and meticulously documented…Be prepared to be uncomfortable, outraged, and motivated, if you buy this book, as I heartily recommend.”

“This book is required reading for any parent with college-age children…crisp and compelling."

"Every American adult should buy or borrow a copy of Plunder and Deceit for a young person they know. Our mission as Americans must be to educate, inspire, and engage; with Levin's latest masterwork, we have every tool we need to help the next generation succeed. We must not delay."

“In his elegant and moving new book, Plunder and Deceit, Levin takes his message to the next generation.”

"Levin...has five bestsellers under his belt. With this release, it will be six, and it deserves to be...Full of history, it’s also packed with easily recallable statistics anyone can use...It’s a handbook for candidates and citizens alike."

“In his eye-opening new book, Plunder and Deceit, Mark Levin explains the future President Obama’s so-called “progressives” are building for your kids.”

"Mark Levin's new book will no doubt be a bestseller...his latest work should be required reading for every recent college or high school grad...[he] explains in elegant, but easy to understand terms just how Washington and the elites who infest the nation’s capital are stealing our future."

“I encourage all parents, who care about this nation, its security, sovereignty, economic structure, and founding principles, to pick up a copy for their sons and daughters.”

Big Government's Exploitation of Young People and the Future