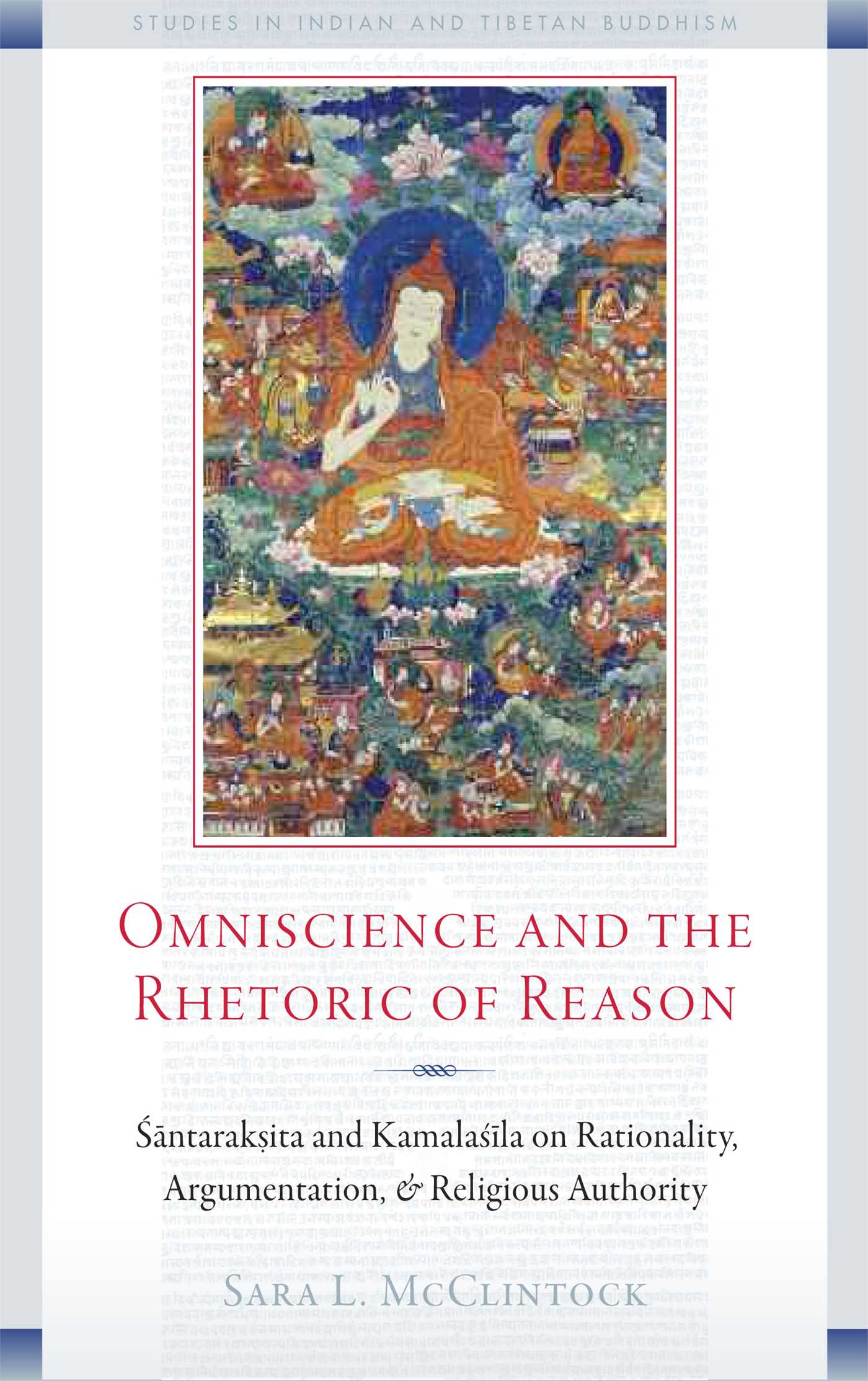 Omniscience and the Rhetoric of Reason

Part of Studies in Indian and Tibetan Buddhism
By Sara L. McClintock
LIST PRICE: AU$ 19.99
PRICE MAY VARY BY RETAILER

The great Buddhist scholars Santaraksita (725 - 88 CE.) and his disciple Kamalasila were among the most influential thinkers in classical India. They debated ideas not only within the Buddhist tradition but also with exegetes of other Indian religions, and they both traveled to Tibet during Buddhism's infancy there. Their views, however, have been notoriously hard to classify. The present volume examines Santaraksita's Tattvasamgraha and Kamalasila's extensive commentary on it, works that cover all conceivable problems in Buddhist thought and portray Buddhism as a supremely rational faith.

One hotly debated topic of their time was omniscience - whether it is possible and whether a rational person may justifiably claim it as a quality of the Buddha. Santaraksita and Kamalasila affirm both claims, but in their argumentation they employ divergent rhetorical strategies in different passages, advancing what appear to be contradictory positions. McClintock's investigation of the complex strategies these authors use in defense of omniscience sheds light on the rhetorical nature of their enterprise, one that shadows their own personal views as they advance the arguments they deem most effective to convince the audiences at hand.

Sara L. McClintock is an assistant professor of religion at Emory University, where she teaches undergraduate and graduate courses in Indian and Tibetan Buddhism. She obtained her bachelor's degree in fine arts from Bryn Mawr College, her master's in world religions from Harvard Divinity School, and her doctorate in religion from Harvard University. She has spent time as a researcher at the Central Institute for Higher Tibetan Studies in Sarnath and the University of Lausanne, and has taught at Carleton College and the University of Wisconsin-Madison. Her interests include both narrative and philosophical traditions in South Asian Buddhism, with particular focus on issues of metaphysics, hermeneutics, and rhetoric.

"Sara L. McClintock's Omniscience and the Rhetoric of Reason is a philosophical discussion of a curious Buddhist question: Does a buddha know everything at all times, have the ability to know anything they wish, or simply know all that is necessary for liberation? McClintock's masterful exploration is built around two important eighth-century Indian Buddhist philosophical works: Shantarakshita's Tattvasamgraha, and Kamalashila's commentary on it. She nimbly draws out the twists and turns of their argumentation and their shifting definition of omniscience, and formulates a compelling theory of reason as rhetoric. Even logic, she argues, is designed to persuade, and thus every argument has to be understood in relation to its intended audience. The study is an elegant exposition of what happens when a tradition that prides itself on rational argument inherits a wildly irrational doctrinal position and uses it to defend and advance the tradition."

“This excellent book will be a necessary guide for anyone who enters into the labyrinth of complex discussions around omniscience in Tattvasangraha and Tattvasangrahapanjika—the great works of the most influential Buddhist thinkers of the eighth century.”

Omniscience and the Rhetoric of Reason

Part of Studies in Indian and Tibetan Buddhism
By Sara L. McClintock
LIST PRICE: AU$ 19.99
PRICE MAY VARY BY RETAILER