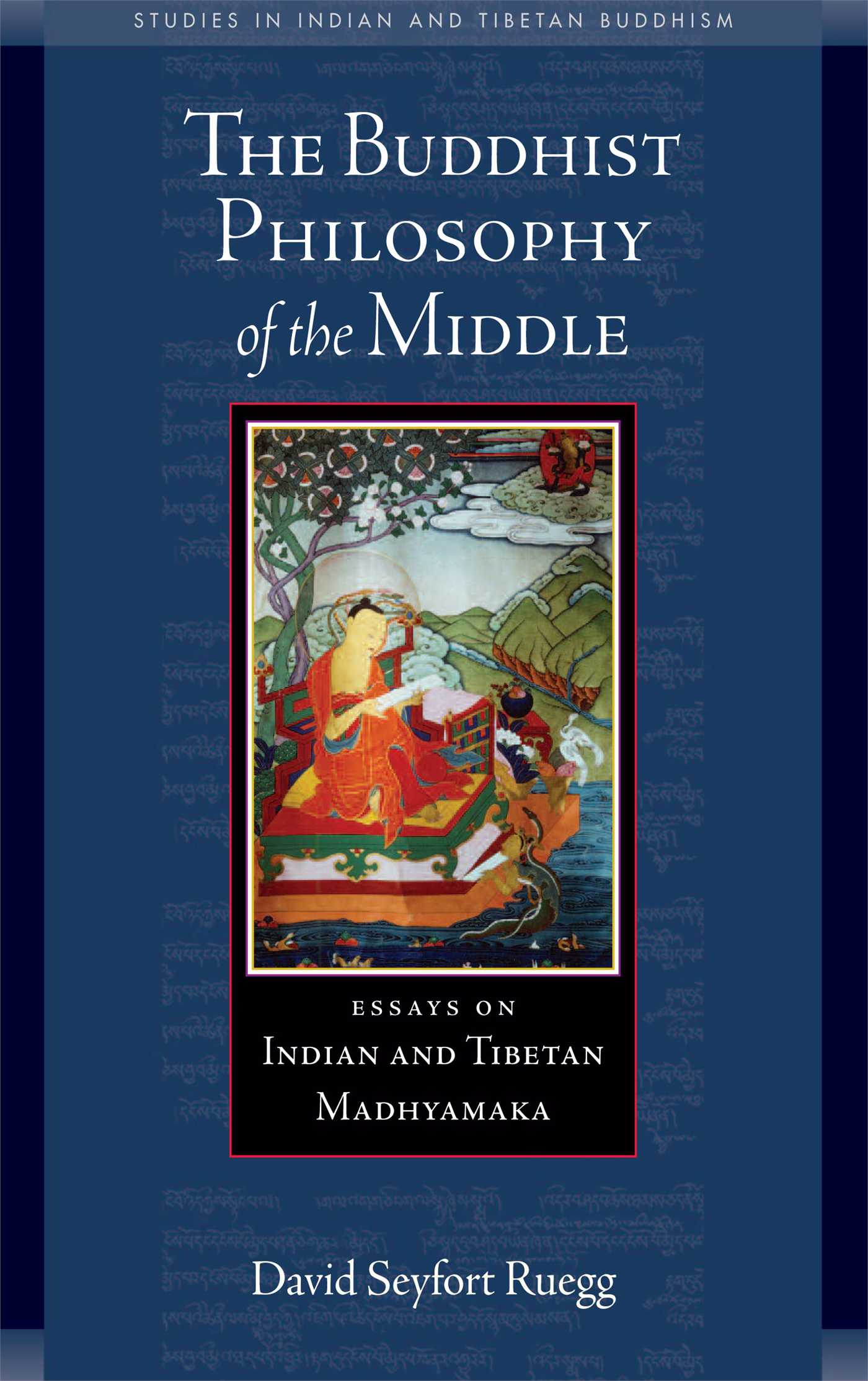 The Buddhist Philosophy of the Middle

Essays on Indian and Tibetan Madhyamaka

Madhyamaka, the "philosophy of the middle," systematized the Buddha's fundamental teaching on no-self with its profound non-essentialist reading of reality. Founded in India by Nagarjuna in about the second century CE, Madhyamaka philosophy went on to become the dominant strain of Buddhist thought in Tibet and exerted a profound influence on all the cultures of East Asia. Within the extensive Western scholarship inspired by this school of thought, David Seyfort Ruegg's work is unparalleled in its incisiveness, diligence, and scope. The Buddhist Philosophy of the Middle brings together Ruegg's greatest essays on Madhyamaka, expert writings which have and will continue to contribute to our progressing understanding of this rich tradition.

David Seyfort Ruegg was born in 1931 in New York. His university education was primarily in Paris, where he studied Indology under Jean Filliozat and Louis Renou and Tibetology under Marcelle Lalou and Rolf Stein. Seyfort Ruegg's work has ranged over most aspects of Indian and Tibetan Studies. However two interests come back repeatedly: the philosophy of the buddha nature (tathagatagarbha) and the philosophy of the middle (madhyamaka). Seyfort Ruegg has held professorial positions in several major universities-Leiden, Seattle, Hamburg, and now the School of Oriental and African Studies of the University of London. A Sanskritist and a Tibetologist, he has at one time or another held chairs in Indian Philosophy, Buddhist Studies, and Tibetan.

"Since the nineteenth century, Indo-Tibetan Madhyamaka philosophy has held a special fascination for many in the West-for those who work in the fields of Buddhist studies and comparative philosophy as well as for Buddhist practitioners. Madhyamaka analysis probes essential issues in the philosophy of language, the philosophy of mind (how we think about the world), ontology (how we think the world is constituted), and epistemology (how we know the world). D. Seyfort Ruegg's multiple incursions into this subtle mode of thinking have been path-breaking and, I dare say, of unique importance to anyone investigating Madhyamaka ideas."

"In a scholarly career spanning more than fifty years, David Seyfort Ruegg has produced seminal studies on a remarkable range of figures, texts, and issues in Indian and Tibetan thought. His essays on Madhyamaka-many of them classics in the field-are gathered together here for the first time, reminding us of Professor Ruegg's enduring contributions to the field of Buddhist studies."

"Throughout his scholarly life, Professor David Seyfort Ruegg has returned time and again to the Madhyamaka tradition of Buddhism, an apex in the intellectual culture of India and Tibet. The meticulous and lucid analysis in his pioneering studies has contributed substantially to the progress of our understanding of Madhyamaka--its history, philology, literature, philosophy, and cultural influence. Without a doubt, his articles collected here, written between 1963 and 2006, will greatly advance this philosophical tradition finding its rightful place as one of the treasures of human thought and reflection."

The Buddhist Philosophy of the Middle

Essays on Indian and Tibetan Madhyamaka