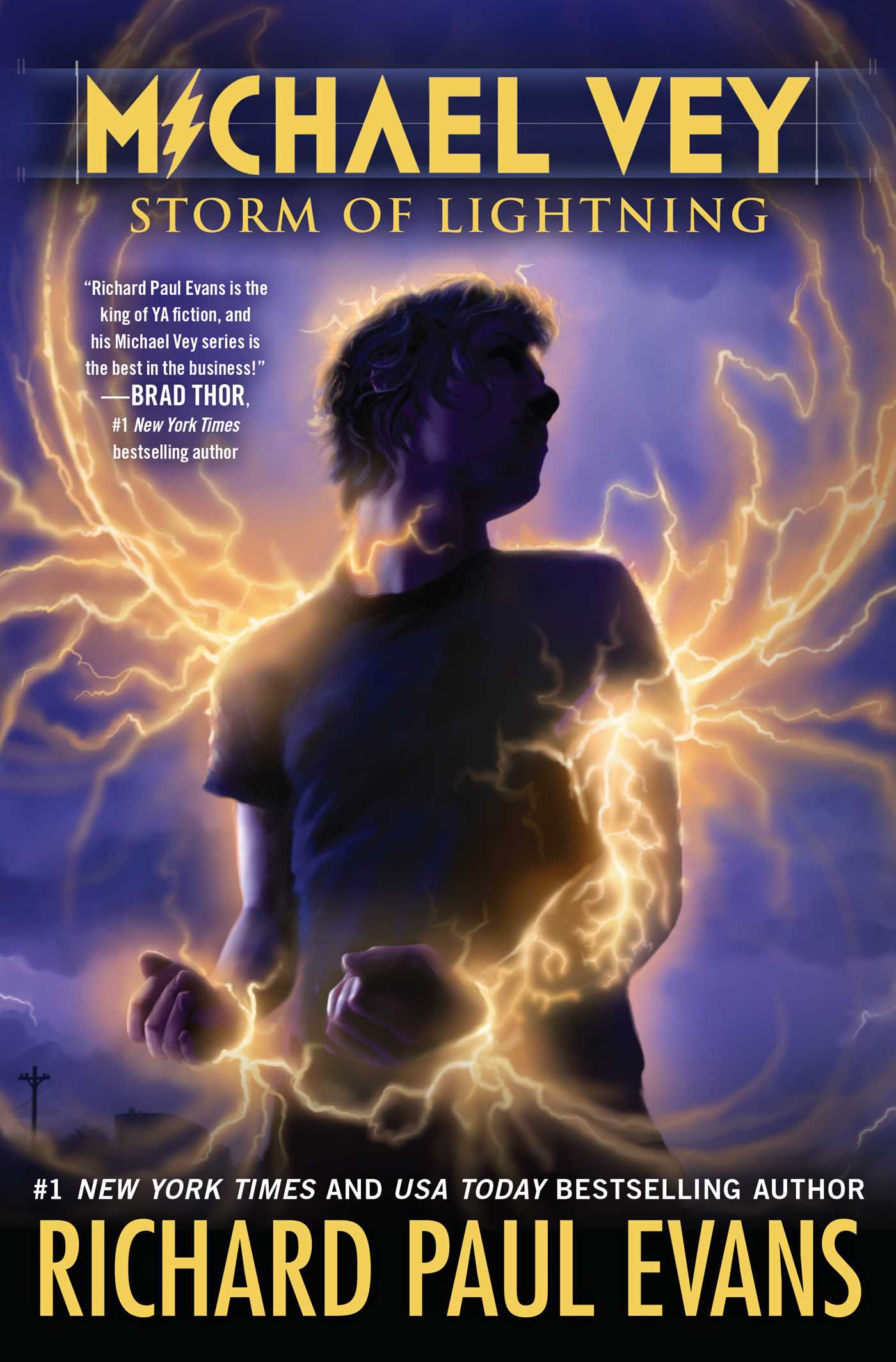 Michael, Taylor, Ostin, and the rest of the Electroclan go on their most dangerous mission yet as the thrilling action continues in this electrifying fifth installment of the New York Times bestselling series!

The Electroclan is on the run. The resistance movement has been compromised. The safe house has been destroyed. The voice is in hiding, and they have no idea if their families are alive…or dead.

Meanwhile, the Elgen are on the move. They’ve launched a new assault on the small island nation of Tuvalu. If they are successful, it will be the first domino to fall as part of Hatch’s master plan to take over the rest of the world. But cracks are beginning to appear in the ranks of the Elgen elite, and while Hatch still rules with an iron fist, there are signs of dissent. If the Elgen are beginning to turn against each other, can the Electroclan find an opportunity to use this to their advantage? Or is it just a trap to destroy them once and for all?

The stakes have never been higher, and Michael and his friends are about to be tested in ways they never imagined.

It was nearly midnight, and Elite Global Guard Welch stood at attention, his back to the door of Admiral-General Hatch’s office. “Sir, we’ve destroyed the terrorists’ home base. The resistance’s ranch has been annihilated.”

Hatch nodded but continued reading his book. “What have you done with the prisoners?”

Hatch looked up from his book. “No survivors?”

“We killed every last one of them. After our barrage of missiles, we dropped napalm. I’ve reviewed the footage. The compound looked like Dresden after World War II. I can provide the video for you if you wish.”

Hatch was quiet for a moment. “No, I’ll take your word for it.” He set down his book, stood, and walked to the side of the room, avoiding eye contact with Welch. “What is the status of the Electroclan? Are they still in Taiwan?” Hatch spoke in a low, threatening voice.

“Every one of them?”

“With the Chinese girl?”

“Yes, sir. We believe they have Jade Dragon.”

Hatch appeared thoughtful for a moment, then said softly, “You failed me.”

Hatch said nothing, just slowly nodded. Welch looked at him quizzically. He had expected Hatch to rage, to explode. Instead Hatch’s voice was almost mournful, like a jilted lover’s. “Is that all you have to report? That you failed?”

Welch did his best to remain stoic. “Yes, sir.”

Hatch stared at the ground for a moment, then said, “Okay. You’ve given me your report.”

Okay? Welch was as baffled as he was nervous. He wondered if Hatch were drunk. He had never seen him behave so calmly in the face of failure.

“What is the word on Schema?” Hatch asked. “Has he been captured yet?”

“Even before you left Switzerland. One of our men had him for a while, but he disappeared.”

Hatch’s brow furrowed. “Who disappeared? Schema or our man?”

Again, Hatch seemed unmoved. “It doesn’t matter. Schema’s inconsequential.” He poured himself a drink from a crystal decanter, then downed a shot and poured another. “Would you care for a drink, EGG Welch?”

“Yes, sir. Thank you, sir,” Welch said, his confusion growing. He had expected Hatch’s fury. Not a drink.

Hatch poured another shot glass of the caramel-colored liquor and handed it to Welch. “To old times,” he said. “And old friends.”

He drank and quickly put the glass down as Hatch slowly sipped his, looking deep in thought.

“We’ve been together a long time,” Hatch said. “So much has changed since the beginning. The world has changed.”

“We have changed, sir. We have grown powerful.”

“So we have.” After a moment Hatch said, “We’ve acquired two new ships to replace the Watt: the Edison, a battle cruiser from Russia, and the Franklin, a Mistral-class amphibious assault ship from France. They are already manned and on their way to Tuvalu, as are the Ohm, the Tesla, and the Joule. They left port six days ago.

“This evening, the Faraday and the Volta will set sail for Tuvalu. I am flying with EGGs Despain and Bosen to Jakarta to inspect the Edison. Then we will fly to Tuvalu for the opening ceremonies of our Funafuti, Tuvalu, Starxource plant. We already have a force of four hundred guards stationed on the island.

“While I am hosting the Tuvaluan dignitaries, the fleet will rendezvous twelve miles from the main island and commence Operation Home Base. If things go as planned—and I expect that they will—we’ll overthrow the island and establish our base. We are going to finish what Vey delayed when he blew up the Ampere.”

“You don’t need me to escort you to Jakarta, sir?” Welch asked.

“No,” Hatch said bluntly. “I have a different assignment for you.”

Welch nodded. “And how may I serve my admiral-general?”

Hatch pressed a button on his desk. “As an example.” Four guards stepped into Hatch’s office. “Mr. Politis,” Hatch said calmly. “EGG Welch is officially relieved of his title and command. Strip him of his weapon and insignias and arrest him.”

Two men took Welch by the arms, removed his sidearm, and handcuffed him. Politis took a knife from his utility belt and cut the EGG and Elgen insignias from Welch’s shoulder and breast. “Now what, sir?” Politis asked.

“Take him to the brig. When we reach the Tuvalu plant, he will be put into the rat bowl.”

Welch shuddered as the realization of Hatch’s pronouncement spread over him.

“Yes,” Hatch said. “I am still your general. You took a vow to serve me until your death, which is precisely what I am requiring of you now—your death. And in fulfilling this duty, your colleagues will understand that I expect my orders to be carried out, and failure is not an option.” He nodded at Politis.

“Move it,” Politis barked, pulling Welch from the room.

When everyone was gone, Hatch downed the rest of his drink, then poured another. “To old friends.”

Photography by Tracy Evans
Richard Paul Evans
Richard Paul Evans is the #1 bestselling author of The Christmas Box. Each of his more than thirty-five novels has been a New York Times bestseller. There are more than thirty-five million copies of his books in print worldwide, translated into more than twenty-four languages. He is the recipient of numerous awards, including the American Mothers Book Award, the Romantic Times Best Women’s Novel of the Year Award, the German Audience Gold Award for Romance, five Religion Communicators Council Wilbur Awards, The Washington Times Humanitarian of the Century Award, and the Volunteers of America National Empathy Award. He lives in Salt Lake City, Utah, with his wife, Keri, and their five children. You can learn more about Richard on Facebook at Facebook.com/RPEFans, or visit his website RichardPaulEvans.com.