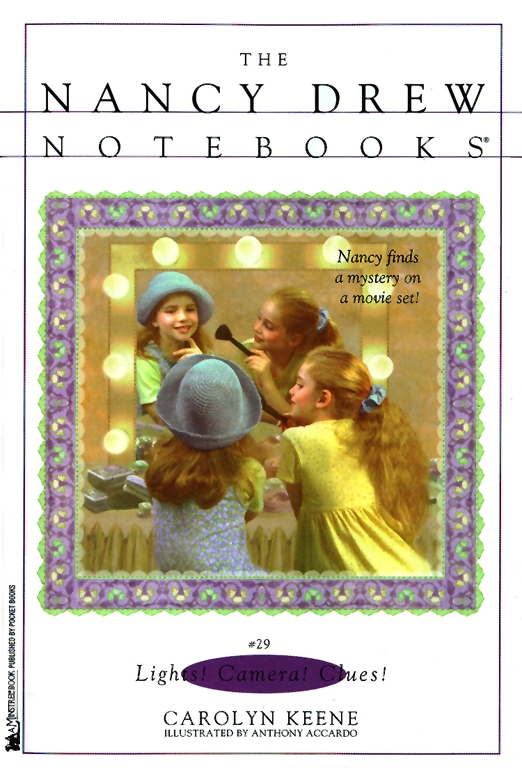 NANCY MEETS A FAMOUS ACTRESS -- AND LOSES A FAMOUS TURTLE!
Nine-year-old actress Lucy Webb is starring in Totally Tina, a movie that's being filmed right in River Heights -- and Nancy and her friends are chosen as extras for the movie! Not only do the girls get to meet their favorite actress, but they get to take care of Lucy's pet turtle, Harry, while she's filming.
But when they look away for a second, Harry gets turtle-napped! Now Lucy is really mad and won't visit Nancy's school as she promised. The girls had better find Lucy's favorite pet before Nancy's in the doghouse with her whole school!