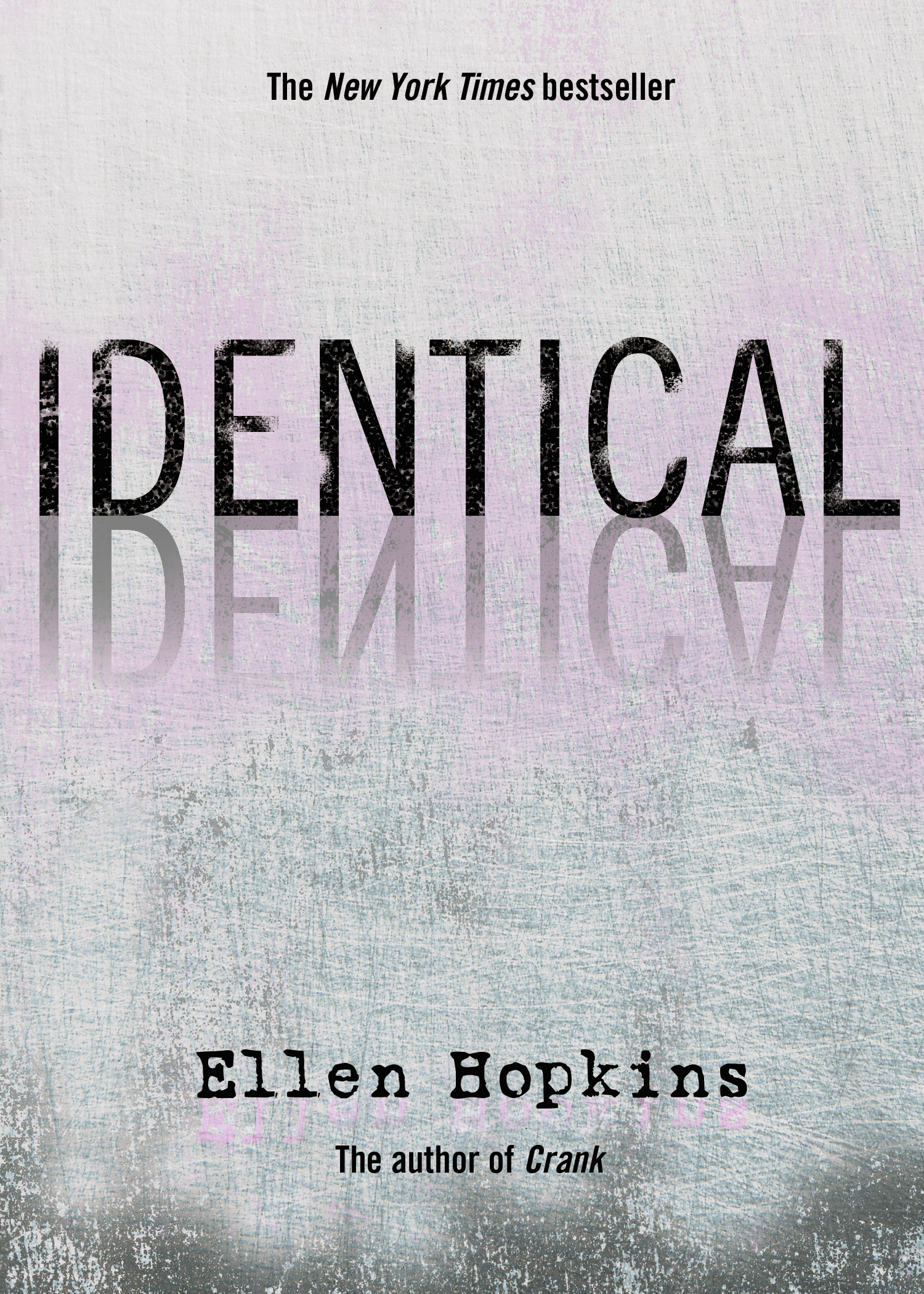 "Perfect on the outside, but behind the Normal Rockwell facades, each holds its secrets. Dark, untellable. Practically unbelievable." -- IDENTICAL

Kaeleigh and Raeanne are 16-year-old identical twins, the daughters of a district court judge father and politician mother running for US Congress. Everything on the surface seems fine, but underneath run very deep and damaging secrets. What really happened when the girls were 7 years old in that car accident that Daddy caused? And why is Mom never home, always running far away to pursue some new dream? Raeanne goes after painkillers, drugs, alcohol, and sex to dull her pain and anger. Kaeleigh always tries so hard to be the good girl -- her father's perfect little flower. But when the girls were 9, Daddy started to turn to his beloved Kaeleigh in ways a father never should and has been sexually abusing her for years. For Raeanne, she needs to numb the pain of not being Daddy's favorite; for Kaeleigh, she wants to do everything she can to feel something normal, even if it means cutting herself and vomiting after every binge.

How Kaeleigh and Raeanne figure out just what it means to be whole again when their entire world has been torn to shreads is the guts and heart of this powerful, disturbing, and utterly remarkable book.

By clicking 'Sign me up' I acknowledge that I have read and agree to the privacy policy and terms of use, and the transfer of my personal data to the United States, where the privacy laws may be different than those in my country of residence.
A Reading Group Guide to Identical by Ellen Hopkins

Kaeleigh and Raeanne Gardella, identical twins, live in a posh California neighborhood. Their father is a well-known district court judge and their mother a politician. On the surface they are the perfect American family, but beneath the façade lies a damaged family. Raeanne is the aggressive twin, the one who is sexually promiscuous—giving sex in return for drugs; she craves sexual attention from anyone, including her father. Kaeleigh is the quiet one, the one most like her mother, and the victim of her father’s sexual advances. Haunted by this, Kaeleigh has difficulty letting any boy close and deals with her pain by cutting. Torn apart by a tragic event, the twins’ parents hardly speak. Their mother spends her time on the campaign trail; their father lives at home where he drinks, abuses Oxycontin, and controls his daughters’ every move—from the clothes they wear to the places they go. Both girls have an eating disorder, and as they spiral into more dangerous depths, the story takes a surprising twist. One twin will need to step up. But who?

What would it feel like to harbor a secret that could hurt another person should it be revealed?

How might you support a friend who had a family secret that would send one of his/her family members to jail?

What responsibility do we have to friends who may be abused by other friends or family members?

In what ways are Raeanne and Kaeleigh similar? How are they different?

Raeanne and Kaeleigh are drawn to different kinds of boys. How are the boys different, and why do the girls connect with them?

Who is Greta Sorenson, and what role does she play in Kaeleigh’s life?

Raeanne and Kaeleigh have different reactions to their mother’s absence. Explain.

Raeanne tells herself that having sex makes her powerful. Would you agree?

The twin’s father is a district judge. On the surface he appears to be a strong person; however, underneath he is weak. What accounts for his fear and insecurity?

Characterize the twin’s mother. How has she changed since the accident?

Raeanne and Kaeleigh do not seem close. In fact, communication between them is virtually nonexistent. Explain how this lack of dialogue makes sense at the end of the story. Is it more difficult for readers to keep the girls “separate” toward the end of the story? If so, why might that be?

Ian saves Raeanne and Kaeleigh from further sexual abuse by Ty. How might he have known where Ty lived and that the twins might be there?

Raeanne seems to thrive off sexual encounters, and Kaeleigh is afraid of sexual intimacy. Given what you know about their relationship with their father, what might account for their opposite reactions?

How does Raeanne meet her grandfather, and what does she learn from him? If there were a sequel to the story, what might Raeanne’s or Kaeleigh’s relationship with him be like?

Why does the girls’ grandmother call, and why is their father so angry with his own mother?

Both girls are confused by the meaning of love. Kaeleigh comments, “But how do I give what has always been taken”, and later she says, “love is always defined by ulterior motive”. How do these comments illustrate her confusion? What experiences will the girls need in order to understand healthy relationships?

Hopkins places clues to a family tragedy throughout the story. By story’s end, the reader knows about an accident that has driven the family apart and understands events in the father’s childhood that accounts for his sexual advances on his own daughter. Explain the family tragedy and the emotional and psychological damage that is passed down from generation to generation.

Hopkins moves the story forward with the use of flashback. Through flashback, readers learn about the father’s attraction to Kaeleigh and Raeanne’s disappointment as a child that her father didn’t choose her. Flashback is also used to inform the reader about another family tragedy. If Hopkins had not used flashback, how else might she have conveyed the horror of the girls’ childhood? Would another technique have been as effective? Explain.

What can readers learn about the cycle of abuse that runs through three generations, beginning with the grandmother’s alcoholism, the father’s childhood abuse, his treatment of his daughters, and their emotional state? Without treatment, what kind of relationships might each girl maintain later in life?

Choose one of the twins and develop an argument that she has better coping skills than her sister.

Research the characteristics and causes of eating disorders, as well as their treatments, and present your findings using any appropriate media (PowerPoint, wiki, website, blog, etc).

Personal tragedy can strain family relationships. Research resources for dealing with a family tragedy and develop a brochure or website on resources available to families who experience a family crisis.

Ellen Hopkins is the #1 New York Times bestselling author of numerous young adult novels, as well as the adult novels such as Triangles, Collateral, and Love Lies Beneath. She lives with her family in Carson City, Nevada, where she has founded Ventana Sierra, a nonprofit youth housing and resource initiative. Follow her on Twitter at @EllenHopkinsLit.