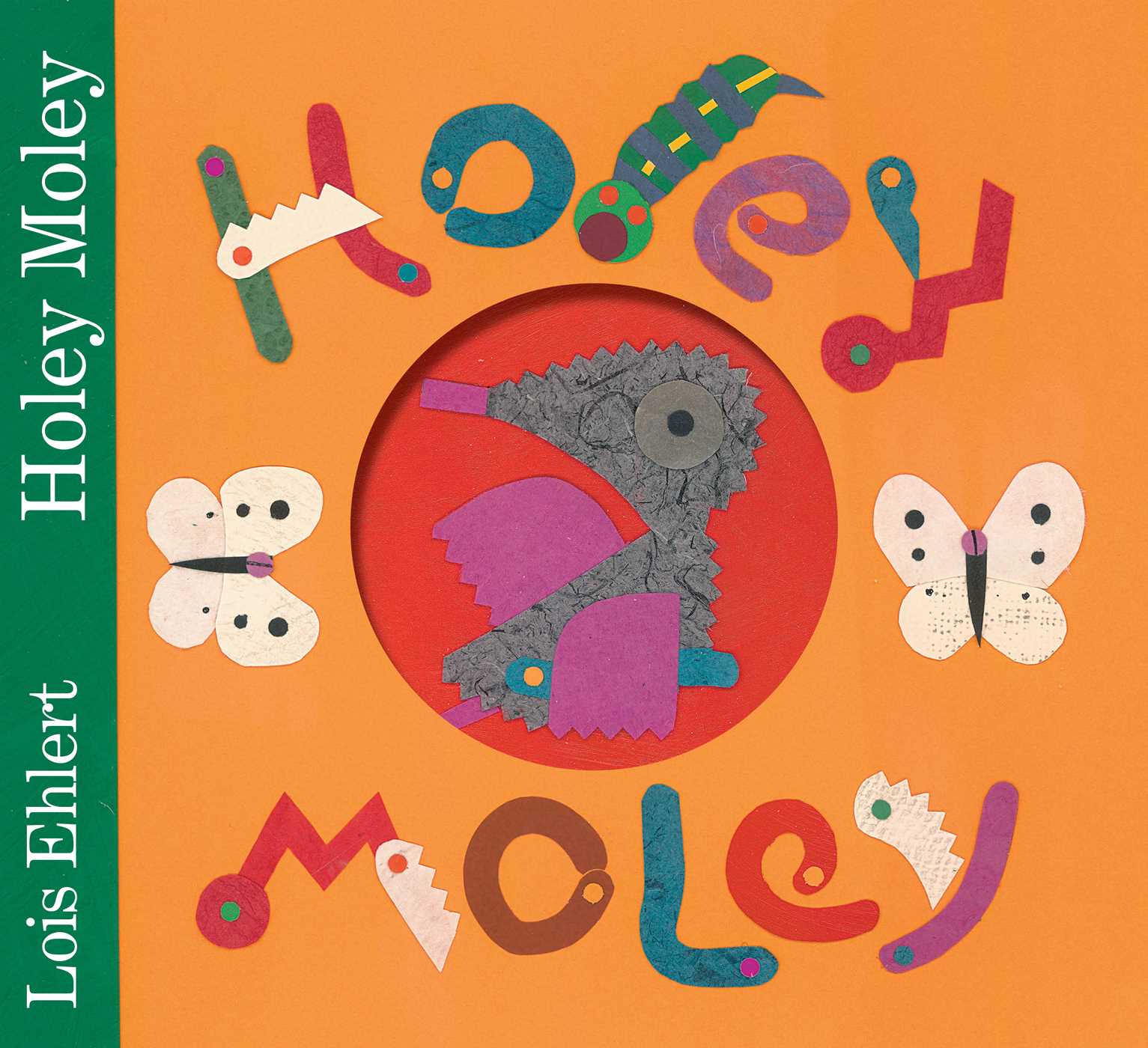 Get to know Mole, the underground protector of the garden, in this fact-filled natural history adventure with vibrant collage artwork from the Caldecott Honor–winning illustrator of Chicka Chicka Boom Boom.

Some might think that Mole is a garden pest, but the truth is, he is a pest-preventer! Mole keeps worms and caterpillars and other crawly bugs from munching up all the growing veggie plants. And so at harvest time, there is a bounty of yummy goodies for the gardeners to enjoy—and Mole is chubby from all the eating he has done and ready to get cozy in his burrow for winter.

Complete with a beautiful glossary identifying all of the different worms, caterpillars, moths, and butterflies included in the illustrations, this colorful gem from Caldecott Honoree Lois Ehlert is sure to delight nature lovers of all ages. 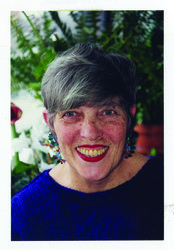 Deploying her signature graphics, Ehlert digs into familiar turf, depicting a vegetable garden whose pests are handily dispatched by a resident mole. Mole narrates a staccato, rhyming text that matches her dine-and-dash lifestyle. She eats beneficial organisms like earthworms but also often devours such destructive infiltrators as the tomato hornworm and the cabbage caterpillar. Ehlert's reductive paper collages depict Mole's habitat as a vibrant scarlet tunnel threading an underground teeming with insects, worms, and the roots of neatly labeled, rapidly growing vegetables. Mole is cut (with pinking shears!) of fibrous gray paper and sports bright pink forefeet, tail, and snout. Angleworms are amusingly represented as red zigzags, and moths, worms, and grubs masquerade as facial features for the sun and several phases of the moon. The garden's season is a strong visual theme. A seed potato sprouts and grows tubers and leaves (with Mole neatly nipping an infestation of potato beetles); the plant's impressive underground bounty fans out across a double spread. As the garden grows, so does Mole: "my burrow seems small. Holey Moley! / I'm a fat fur ball." Reclining against a mountainous veggie harvest, Mole muses on a new-home search. Slyly, she addresses readers: "Do you think I could move in with you?" Crisp design, her hallmark typeface (Century Standard), and touches of whimsy combine for another delightful garden tour from Ehlert. (visual glossary of garden fauna)

K-Gr 2–A new picture book byEhlert is always a cause for celebration. The light plot, told in rhyme,centers on a mole finding good things to eat in a garden—and like Ehlert’s Feathers for Lunch (HMH, 1990), Scraps (S.& S., 2014), and others, the star of the show is the collage illustration.The eponymous mole, plus plants (with extensive root systems), butterflies, andother inhabitants of the garden, are illustrated entirely with cut-papershapes, some in bright solid colors and some in multihued, textured pieces.Bold blue, orange, and purple backgrounds in the top sections of most pagesprovide sharp contrast with the brown and black soil underneath. Words are printedin white against these solid color backgrounds, in Ehlert’s characteristiclarge, easy-to-read serif font, sometimes in straight lines and sometimesfollowing curves in the illustrations. Fans of Ehlert’s work will recognizethese features, but there’s more for observant readers to discover here: wormscrawling among the dirt form letters that collectively spell the phrase “wormsare swell.” A physical hole in the cover adds tactile interest. The final pagesfeature a labeled map of the mole’s underground tunnels and an illustrated listof small, labeled pictures of creatures seen earlier in the book. VERDICT Sure to please longtimefans and create new interest in the artist’s work.

Ehlert(Scraps) gives readers a mole's-eye-view of the subterranean life in thismultilayered exploration of the natural world. The cheeky narrator—a graycut-paper mole with giant purple claws and a furry outline created with pinkingshears—makes its entrance via die-cut circles in the book's cover and firstpage ("See this hole? I dug it. I'm a mole"). From there, it digsthrough an elaborate series of tunnels, moving from the lawn to a neatlyplanted vegetable garden; along the way, the mole passes numerous brightlycolored worms squiggling around in the mottled dirt, but seeks out moredelectable fare ("Eating earthworms is OK, but not every day").Ehlert's cut-paper critters and objects come together in a harmonious symphonyof textures, shapes, and rich colors (the mole tunnels are a vibrant red,contrasting starkly with the dark, fibrous paper used for the dirt), and themole's narration reads like a series of excited, extemporaneous rhymes. Endpages that identify and briefly discuss various garden-variety bugs concludethis energetic book on an educational note.

This picture book is another fine story related to the environment and natural world. The reader follows a mole as it goes about its daily activities, sometimes causing problems for lawn owners; but mostly just looking for something to eat. Ehlert’s cut-paper illustrations are wonderful; full of color, character, and lots of fun. The text moves along nicely in rhyme that will engage young readers and listeners. At the end, there is factual information about moles and the insects and worms the reader meets in the story. This tale is a delightful look underground; useful for science lessons in early primary grades, lessons including nature discussions, or lessons on art illustration techniques. If your teachers and children like Ehlert’s other books, they will love this one, too. Melinda W. Miller, PK-12 Library MediaSpecialist, Colton-Pierrepont Central School, Colton, New York [Editor’s Note:Available in e-book format.]

A gentle, bouncing rhyme unwinds in large letters across colorful collage images showing a mole’s travels underground and through fields. This worm-and-bug-eating rodent demonstrates how he is the gardener’s friend, as are the worms that keep the soil tilled and fresh and some of the bugs that the mole doesn’t eat. With a die-cut cover and opening page to draw young readers right into the mole’s tunnel opening, the book’s images of underground trails and cutaway views of root vegetables hold attention as well as providing curiosity-feeding information about little creatures and their roles in our environment. Ehlert uses visible textures as well as shapes and colors in her collages, supplies fun-to-follow underground maps, and includes just enough information about the various worms and insects to give the audience proper names for the species they have come to appreciate, all thanks to this gregarious mole. — Francisca Goldsmith

SEE ALL
See more by Lois Ehlert
Thank you for signing up, fellow book lover!