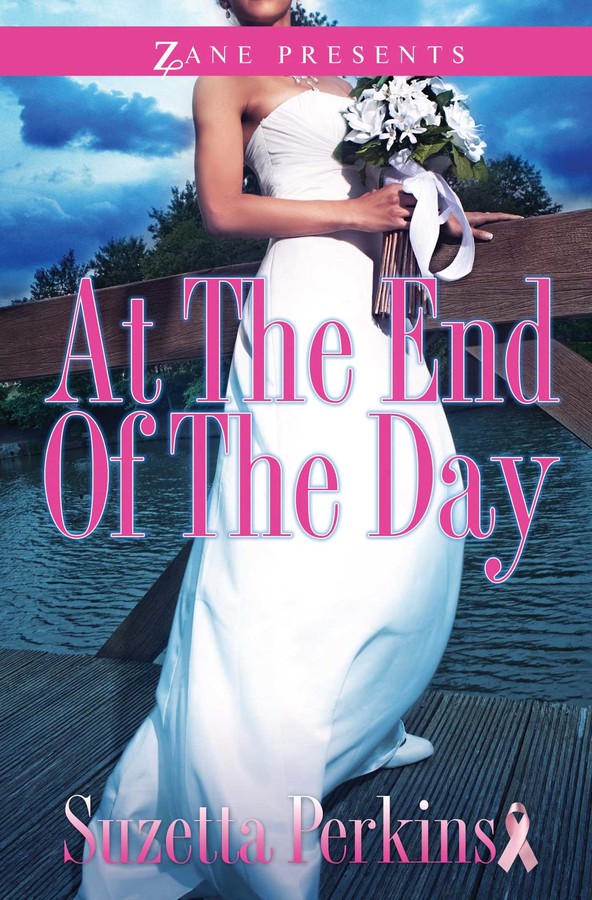 At the End of the Day

At the End of the Day is the exhilarating, heart-pounding, and action-packed follow-up to Nothing Stays the Same—emotional and sometimes stormy journey of several friends as they encounter and weather life’s blessings and tragedies.

Beautiful Denise Thomas is going to finally marry the love of her life—the man she should have married in the first place. Harold is the cousin of her ex-husband, Marvin Thomas, and he’s also her baby’s daddy.

Sylvia and Kenny Richmond, Mona and Michael Broussard, Claudette and Tyrone Beasley, Trina and Cecil Coleman, and Rachel and Marvin Thomas—the ex-husband—come to New York to witness the beautiful wedding ceremony of Denise and Harold. They aren’t the only witnesses; Michael Broussard runs into an old friend, Dr. Madeline Brooks, at the reception. Michael and Madeline were classmates in medical school, but it appears that they have been more than book buddies. It doesn’t take Mona, Michael’s wife, long to break up the happy reunion.

The Thomases’ wedding day is one to remember, but what no one knows is that Denise has discovered a lump in her remaining breast and the happy couple’s new life together may be short-lived. At the end of the day, all that matters is the love and support of family and friends.

By clicking 'Sign me up' I acknowledge that I have read and agree to the privacy policy and terms of use, and the transfer of my personal data to the United States, where the privacy laws may be different than those in my country of residence.
This reading group guide for At the End of the Day includes discussion questions and ideas for enhancing your book club. The suggested questions are intended to help your reading group find new and interesting angles and topics for your discussion. We hope that these ideas will enrich your conversation and increase your enjoyment of the book.

1.  At the End of the Day explores the fine line between family and friendship and defines the boundaries that each can and can’t cross.  How are Marvin Thomas, Michael Broussard, and Ashley Lewis affected by their relationship with family and friends in this story?

2.  As is customary of friends Sylvia and Kenny Richmond, Rachel and Marvin Thomas, Mona and Michael Broussard, Claudette and Tyrone Beasley, and Trina and Cecil Coleman, they fight together to overcome the obstacles they face as a family and as a part of a family of friends.  What are some of the obstacles they had to face in this story that causes each family to rally around one another?   Are you part of a network of friends that have the same type of relationship and have you experienced some of the same obstacles or others?

3.  Denise Thomas is marrying Harold, the love of her life and the cousin of her ex-husband, Marvin, in the opening chapter.  While married to Marvin, Denise and Harold had an affair and conceived a child, Danica, who is now eight years old.  Do you believe that Marvin has completely forgiven Denise and Harold of their transgressions, even though Marvin has remarried?

4.  Denise and Harold’s wedding is a beautiful affair.  However, Denise has yet to share with Harold something she discovers before their wedding day.  What information is she withholding and how does it affect the people she loves later in the story?

6.  Madeline’s sexual harassment of Michael Broussard bordered on fatal attraction.  Do you know of anyone close to you who has suffered sexual harassment at the hands of another?  Did you intervene on that friend’s behalf?  If so, what did you do?

7.  Should Michael have reported Madeline’s behavior earlier?  Was his excuse not to file a harassment suit against Madeline early on commendable?

8.  Ashley has been released from prison, on some technicalities, for poisoning her husband.  She gave birth to a child, Reagan, while in prison and gave up her parental rights to Claudette who has adopted and reared Reagan as her own.  Should Claudette give Reagan back to Claudette?  Is Claudette selfish in not wanting to give up the child she and husband, T, have raised the past seven years?

9.  Several themes run throughout this story—breast cancer, sexual harassment, adoption, jealousy, forgiveness.  How do they interrelate

10.  Which character do you most identify with and why?

11.  Who was your favorite character and why?

12.  Of all the ladies in the story (Sylvia, Rachel, Mona, Claudette, Ashley, and Trina), who do you believe is the most grounded?

13.  What was the pivotal point in the story for you?

14.  Were you expecting the story to end as it did?

15.  Upon completing the book, whose story should be told in another series?

1  While this novel is a third in the Ex-Terminator series, it’s fair to say that our lives suffer bumps in the road on the path of life.  The family of friends in this story can attest to it.  Sometimes we can control our destiny and at other times, we are victims of circumstance.  The term sexual harassment was coined somewhere around 1973 in a report to the President of MIT at the time.  There are many forms and varied behavior of sexual harassment and many books and articles about it, to include Sexual Harassment on the Job: What It Is and How To Stop It: Petrocellie, William, Repa, and Barbara Kate (1998).  Understanding what sexual harassment is may help guide you through a portion of this story.

2. The 1987 movie thriller, Fatal Attraction, that starred Michael Douglas and Glenn Close, would be a great precursor to reading At the End of the Day.  In the movie, Glenn Close stalked Michael Douglas’ character—obsessed with her desire to have him.  This movie brought about a lot of conversation regarding sexual harassment.

3.  At the End of the Day showcased an eclectic group of characters.  Imagine you’re the casting director for the adaptation of this book.  Who would you cast for each of the characters?

Suzetta Perkins is the author of fourteen books, including Stormy, Free to Love, What’s Love Got to Do With It?, A Love So Deep, In My Rearview Mirror, Silver Bullets, Hollywood Skye, and more. She is the cofounder and president of the Sistahs Book Club. Visit SuzettaPerkins.com to learn more.

At the End of the Day