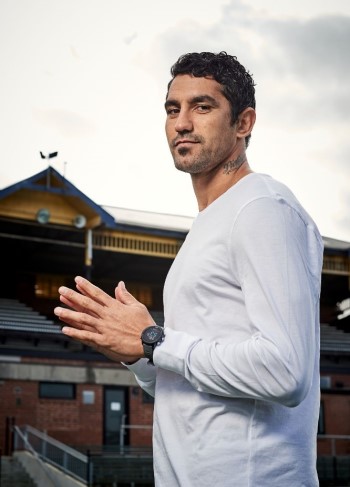 Pickett was thrust into the spotlight last year when he made his AFL debut for the Richmond Football Club at the grand final in front of 100,000 fans at the age of 27. They went on to win the game and his poise and brilliance saw him judged third best on ground. This came six days after Marlion was judged best on ground in Richmond's nail biting VFL Grand Final win.

For Pickett, this fairy tale had been a long time coming. He had suffered injuries, a tragic death in the family and, before that, imprisonment. This is a story about the courage and conviction of one man who dragged himself back from the brink to triumph on the biggest stage of Australian sport.

‘I couldn't change my past but I could change me. Family is the most important thing to me, and football gave me a second family,’ said Pickett.

Managing Director and lifelong Tigers supporter Dan Ruffino said: “This is a dream come true opportunity for me! Obviously the enormous army of Richmond supporters around the country and his former club in South Fremantle will love this but it doesn’t matter who you barrack for, it’s impossible not to be moved by this man’s journey. This is a book for anyone who loves an inspiring real-life story about humanity and second-chances.”

Simon & Schuster will publish the book, co-written by author, musician and screenwriter, Dave Warner, in hardback, e-book and audio in November this year.

Dave Warner says: ‘Marlion's truly is a story of redemption and I’m honoured and thrilled to have the chance to help him tell it.’