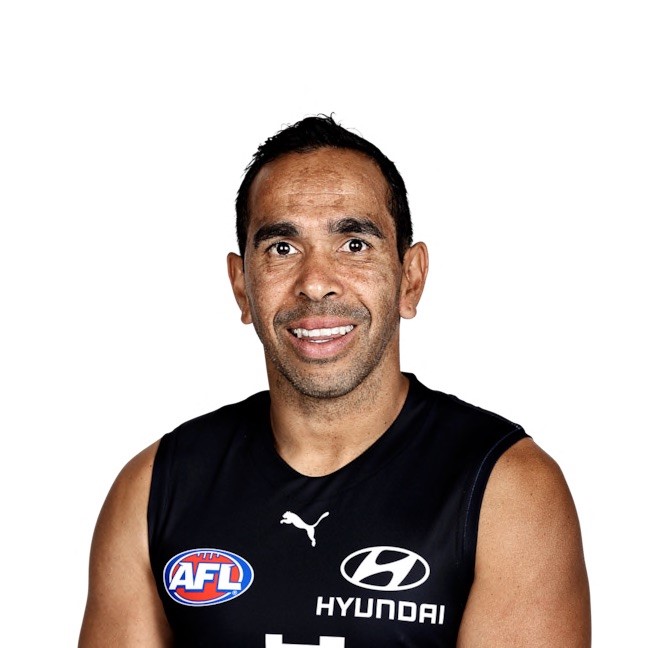 Admired nationally for his achievements both on and off the field, Betts has played over 300 games for Carlton and Adelaide during his career and kicked over 600 goals. He has also been named in the All Australian Team three times, won AFL Goal of the Year four times and represented the Indigenous All Stars.

Betts spent his childhood crossing the Nullarbor, travelling between his father in South Australia and his mother in Western Australia. But it was his passion for Aussie Rules and the influence of Indigenous former footballer Phil Krakouer that saw him become “one of AFL’s greatest small forwards.”

Off the field, Eddie is incredibly passionate about facilitating positive change in communities. He has also been very vocal in speaking out about his daily fight against racism.

‘I am really honoured that Simon & Schuster have offered me the opportunity to write a book about my journey so far. To work alongside someone as talented as Ali Clarke who I have a lot of trust in to tell my story with me is very special to me as well. I want to tell my story to inspire people to not only understand my journey but the journey of my ancestors. I am looking forward to sharing lots of insights into my life - not just footy but the unfortunate truths about racism, raising my kids and important relationships in my life that set me up for success.’

The book was acquired by Non-Fiction Publisher Emma Nolan who said: ‘Eddie is so well loved and his passion is contagious. We can’t wait to share his powerful story and am thrilled to be working with him on a book that will inspire all who read it.’

Betts will also be featured in ‘Making Their Mark’, a seven part documentary that will launch on Amazon Prime on March 12.

The book will be published later this year.