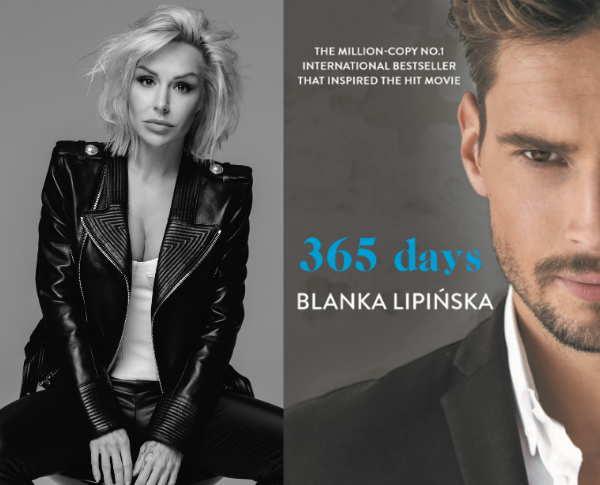 S&S Australia announced today that it has acquired ANZ and UK Commonwealth rights to a worldwide phenomenon, 365 Days, by Blanka Lipińska. Originally published in Poland, 365 Days is the first book in a bestselling trilogy that has sold more than 1.5 million copies in Poland – outselling 50 Shades of Grey -  and inspired 365 Days, the movie, one of the biggest worldwide Netflix successes of 2020.

365 Days will make its English language debut with Simon & Schuster across the world - Emily Bestler Books will publish in the US in January 2021 and S&S Australia will launch in Australia and New Zealand in February 2021.

In the wake of a rush of hotly contested auctions at Frankfurt Book Fair, publishing rights have already been sold in 25 countries.

In 365 Days a young woman is taken captive by a Mafia don with the intention that she will fall in love with him after spending 365 days together. A movie sequel based on the second novel, This Day, is already planned.

Blanka Lipińska is one of the most popular authors and influential women in Poland. She’s an author out of desire rather than necessity and writes for fun instead of money. She loves tattoos, values truthfulness and treasures altruism. Annoyed with the lack of openness about sex, she took it upon herself to start a discussion about the many sides of love. She likes to say that talking about sex is as easy as preparing dinner.

With more than 1.5 million copies of her bestselling trilogy sold in Poland, Blanka was ranked as one of Poland’s highest paid writers in 2019 by Wprost magazine.  In 2020 the same magazine listed her as one of Poland’s most influential women. Her bestselling novel 365 Days is the basis of one of 2020’s most successful Netflix movies worldwide. The film has spent 10 days as #1, the second highest in the chart’s history.

S&S Australia acquired ANZ rights & UK Commonwealth rights for 365 Days, This Day and The Next 365 Days from Sarah Hornsley at The Bent Agency on behalf of Kimberley Whalen of The Whalen Agency.