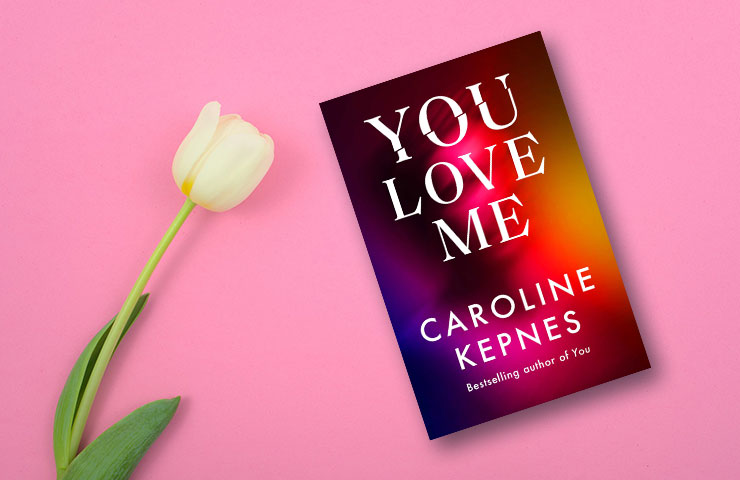 I think you’re the one I spoke to on the phone, the librarian with a voice so soft that I went out and bought myself a cashmere sweater. Warm. Safe. You called me three days ago to confirm my new job at the Bainbridge Public Library. The call was meant to be short. Perfunctory. You: Mary Kay DiMarco, branch manager. Me: Joe Goldberg, volunteer. But there was chemistry. We had a couple laughs. That lilt in your voice got under my skin and I wanted to google you, but I didn’t. Women can tell when a guy knows too much and I wanted to come in cool. I’m early and you’re hot— if that’s you, is that you?— and you’re busy with a male patron— I smell mothballs and gin— and you’re foxy but subdued, showing off your legs as you hide them in opaque black tights, as concealing as RIP Beck’s curtain- less windows were revealing. You raise your voice— you want the old man to try out some Haruki Murakami— and I’m sure of it now. You’re the one from the phone but holy shit, Mary Kay.

Are you the one for me?

I know. You’re not an object, blah, blah, blah. And I could be “projecting.” I barely know you and I’ve been through hell. I was detained in jail for several months of my life. I lost my son. I lost the mother of my son. It’s a miracle I’m not dead and I want to talk to you right fucking now but I do the patient thing and walk away. Your picture is on the wall by the lobby and the placard is final, confirmation. You are Mary Kay DiMarco, and you’ve worked in this library for sixteen years. You have a master’s in library science. I feel new. Powerless. But then you clear your throat— I’m not without power— and I turn and you make a peace sign and smile at me. Two minutes. I smile right back at you. Take your time. I know what you’re thinking— What a nice guy, so patient— and for the first time in months, I’m not annoyed at having to go out of my fucking way to be nice, and patient. See, I don’t have a choice anymore. I have to be Mr. Fucking Good Guy. It’s the only way to ensure that I never fall prey to the American Injustice System ever again.

I bet you don’t have experience with the AIJ. I, on the other hand, know all about the rigged game of Monopoly. I used my Get Out of Jail Free card— thanks, rich Quinns!— but I was also naïve— fuck off, rich Quinns— and I’ll wait for you all day long because if even one person in this library perceived me as a threat . . . Well, I won’t take any chances.

I play humble for you— I do not check my phone— and I watch you scratch your leg. You knew that you’d meet me in real life today and did you buy that skirt for me? Possibly. You’re older than me, bolder than me, like high school girls to my eighth- grade boy and I see you in the nineties, trotting off the cover of Sassy magazine. You kept going, marching through time, waiting and not waiting for a good man to come along. And here I am now— our timing is right— and the Mothball is “reading” the Murakami and you glance at me— See what I did there?— and I nod.

You’re Mother of Books, stiff as a robot in a French maid costume— your skirt really is a little short— and you clutch your elbows while the Mothball turns pages as if you work on commission, as if you need him to borrow that book. You care about books and I belong in here with you and your pronounced knuckles. You’re a librarian, a superior to my bookseller and the Mothball doesn’t have to whip out a credit card, and oh that’s right. There are good things about America. I forgot about the Dewey Fucking Decimal System and Dewey was known to be toxic, but look what he did for this country!

The old man pats his Murakami. “Okay, doll, I’ll let you know what I think.” You flash a smile— you like to be called “doll”— and you shudder. You feel guilty about not feeling outraged. You’re part doll and partladyboss and you’re a reader. A thinker. You see both sides. You make another peace sign at me— two more minutes— and you show off for me some more. You tell a mommy that her baby is cute— eh, not really— and everyone loves you, don’t they? You with your high messy bun that wants to be a ponytail and your sartorial protest against the other librarians in their sack shirts, their slacks, you’d think they’d be put off by you but they’re not. You say yeah a lot and I’m pretty sure that a wise Diane Keaton mated with a daffy Diane Keaton, that they made you for me. I adjust my pants— Gently, Joseph— and I donated one hundred thousand dollars to this library to get this volunteer gig and you can ask the state of California or the barista at Pegasus or my neighbor, whose dog shit on my lawn again this morning, and they’ll all tell you the same thing.

I am a good fucking person.

It’s a matter of legal fact. I didn’t kill RIP Guinevere Beck and I didn’t kill RIP Peach Salinger. I’ve learned my lesson. When people bring out the worst in me, I run. RIP Beck could have run— I was no good for her either, she wasn’t mature enough for love— but she stayed, like the hapless, underwritten, self- destructive female in a horror movie that she was and I was no better. I should have cut the cord with her the day I met RIP Peach. I should have dumped Love when I met her sociopath brother.

A teenage girl zooms into the library and she bumps into me and knocks me back into the present— no apology— and she’s fast as a meerkat and you bark at her. “No Columbine, Nomi. I mean it.” Ah, so the Meerkat is your daughter and her glasses are too small for her face and she probably wears them because you told her they’re no good. She’s defiant. More like a feisty toddler than a surly teenager and she lugs a big white copy of Columbine out of her backpack. She flips you the bird and you flip her the bird and your family is fun. Is there a ring on your finger? 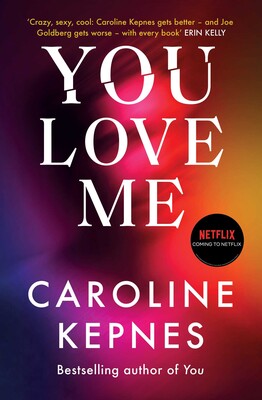 the highly anticipated new thriller in the You series

The highly anticipated new thriller in Caroline Kepnes's hit You series, now a blockbuster Netflix show . . .
Joe Goldberg is back. And he's going to start a family – even if it kills him.