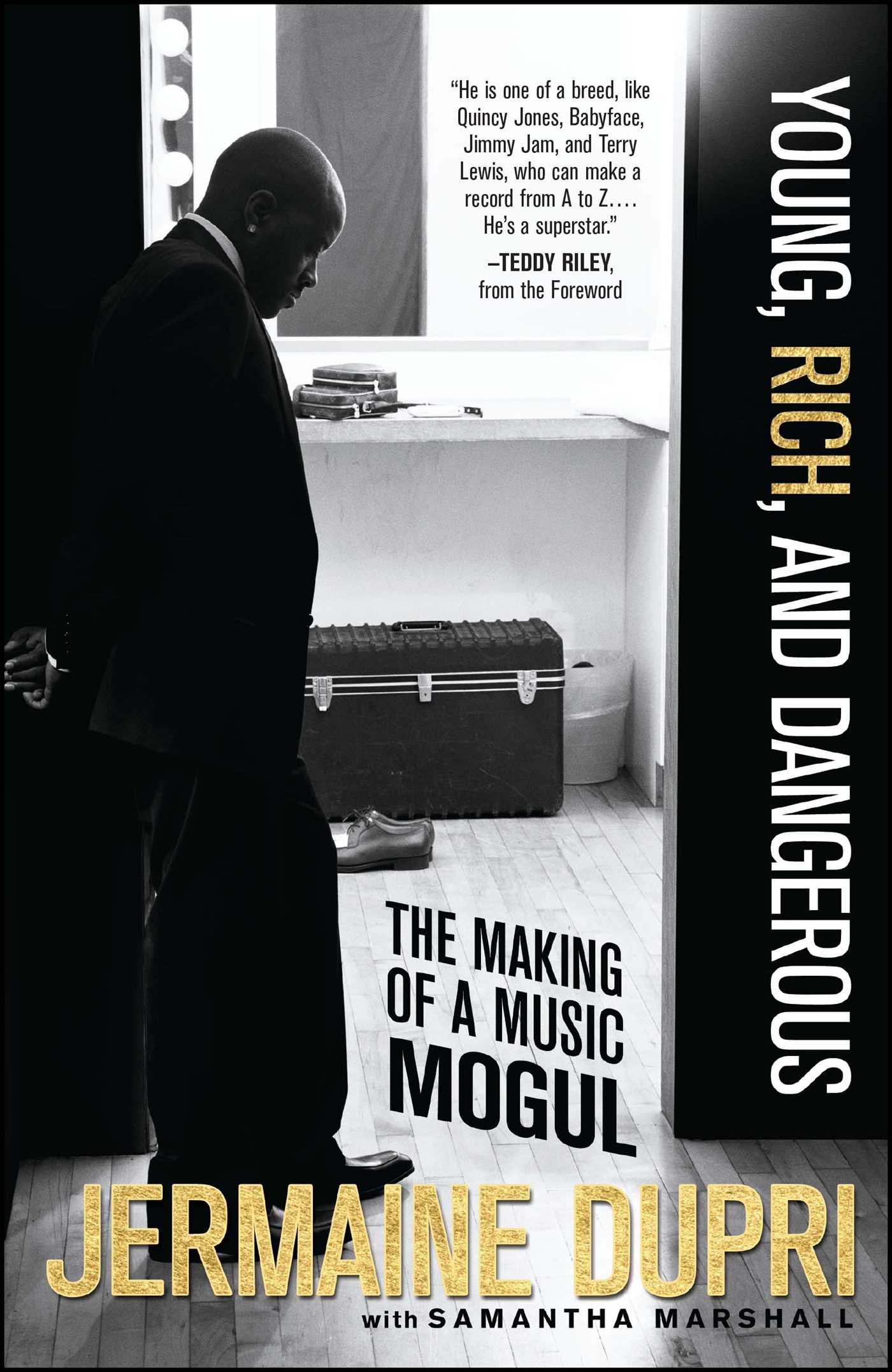 The Making of a Music Mogul

Jermaine Dupri has reached modern-day mythical status in the music industry. He is the power behindthe music of top artists including Mariah Carey,Usher, Lil Jon, and Janet Jackson.

At the age of sixteen, Jermaine Dupri had discovered the child rap duo Kris Kross; by the age of nineteen, Dupri had produced a platinum album and had become a millionaire; and by twenty he was operating his own independent record label, So So Def. Today Dupri is the president of Island Records Urban Music, and the youngest of three hip-hop moguls holding executive positions at large labels.

More than your average memoir, Young, Rich, and Dangerous is a road map for thousands who dream about making it big in the realm of entertainment or in the boardroom. What really happens behind the music? Dupri traces his experience in the music business, providing priceless advice for aspirants -- whether it's rappers, producers, or executives who will follow in his footsteps.

Enriched with never-before-seen photographs from studios, parties, and awards shows with our favorite celebrities, Young, Rich, and Dangerous allows all readers an inside look at the most exciting moments of this hit-maker's life among the best in the business.

" Jermaine Dupri has had more than a wonderful life -- performer, songwriter, musician, producer -- and now he's adding another jewel to his crown: author. The honesty of Young, Rich, and Dangerous, and the candor with which he talks about his life, is sure to keep the reader turning the pages. I wouldn't expect anything less from J.D. -- he loves to keep the flame burning and the media talking! When Jermaine 'rains,' go on, get wet, and check it out."

" Jermaine Dupri leads a generation of movers, shakers, and hit-makers who have redefined the American Dream. His impeccable instinct, ear, and vision for bringing hip hop to the forefront of pop culture propelled his remarkable rise in the music business, and is a testament to his hard work and determination. Young, Rich, and Dangerous is an informative and entertaining blueprint for the hiphop generation's music lovers and aspiring music moguls!"

" Even though [Jermaine Dupri's] a young dude who's very much in tune with what's happening musically today, his grind is 100 percent old school. He is one of a breed, like Quincy Jones, Babyface, Jimmy Jam, and Terry Lewis, who can make a record from A to Z.... He's a superstar because his great music has made so many stars and touched millions of lives."

-- Teddy Riley, from the Foreword

The Making of a Music Mogul