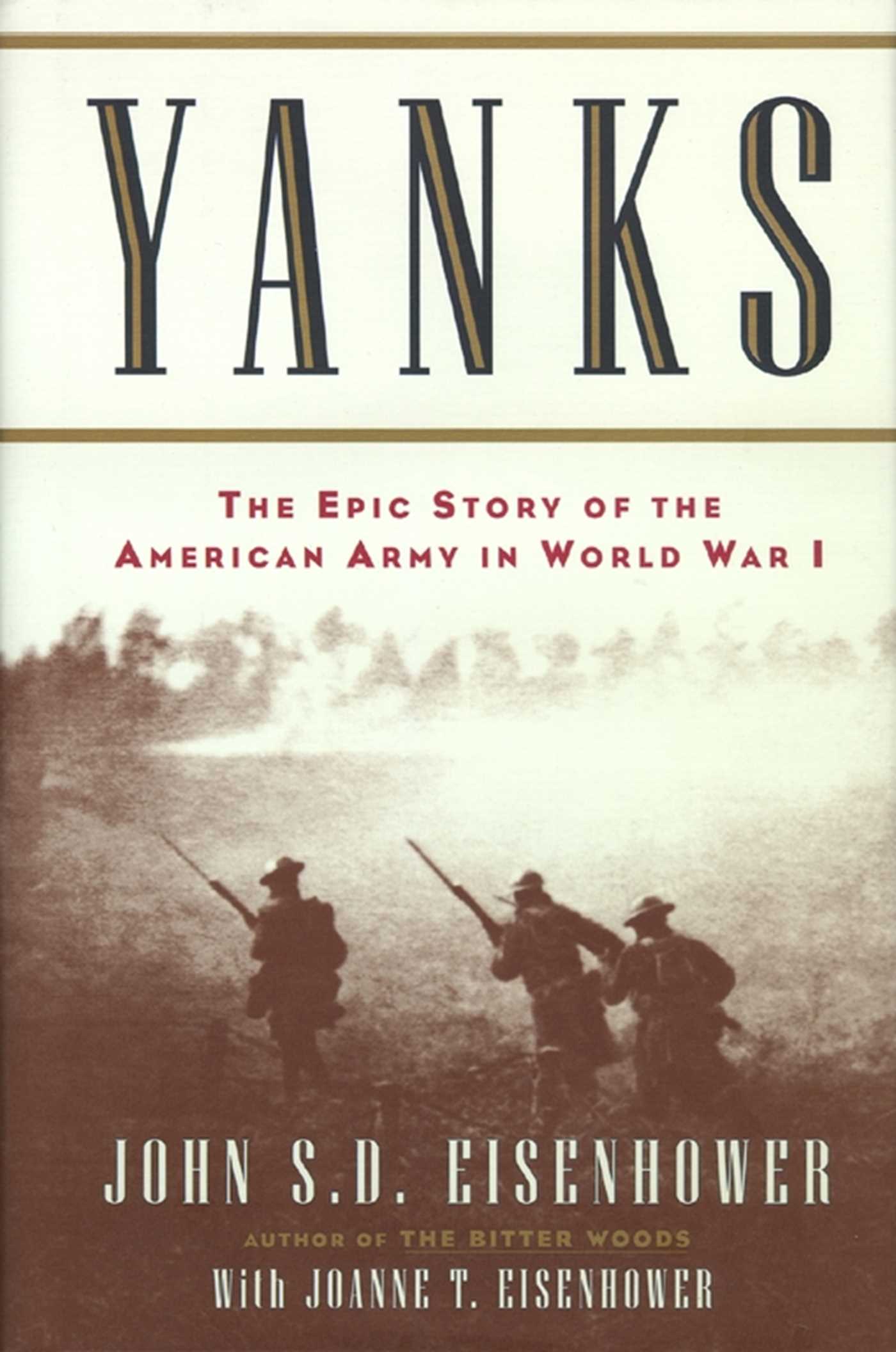 The Epic Story of the American Army in World War I

Fought far from home, World War I was nonetheless a stirring American adventure. The achievements of the United States during that war, often underrated by military historians, were in fact remarkable, and they turned the tide of the conflict. So says John S. D. Eisenhower, one of today's most acclaimed military historians, in his sweeping history of the Great War and the men who won it: the Yanks of the American Expeditionary Force.
Their men dying in droves on the stalemated Western Front, British and French generals complained that America was giving too little, too late. John Eisenhower shows why they were wrong. The European Allies wished to plug the much-needed U.S. troops into their armies in order to fill the gaps in the line. But General John J. "Black Jack" Pershing, the indomitable commander of the AEF, determined that its troops would fight together, as a whole, in a truly American army. Only this force, he argued -- not bolstered French or British units -- could convince Germany that it was hopeless to fight on.
Pershing's often-criticized decision led to the beginning of the end of World War I -- and the beginning of the U.S. Army as it is known today. The United States started the war with 200,000 troops, including the National Guard as well as regulars. They were men principally trained to fight Indians and Mexicans. Just nineteen months later the Army had mobilized, trained, and equipped four million men and shipped two million of them to France. It was the greatest mobilization of military forces the New World had yet seen.
For the men it was a baptism of fire. Throughout Yanks Eisenhower focuses on the small but expert cadre of officers who directed our effort: not only Pershing, but also the men who would win their lasting fame in a later war -- MacArthur, Patton, and Marshall. But the author has mined diaries, memoirs, and after-action reports to resurrect as well the doughboys in the trenches, the unknown soldiers who made every advance possible and suffered most for every defeat. He brings vividly to life those men who achieved prominence as the AEF and its allies drove the Germans back into their homeland -- the irreverent diarist Maury Maverick, Charles W. Whittlesey and his famous "lost battalion," the colorful Colonel Ulysses Grant McAlexander, and Sergeant Alvin C. York, who became an instant celebrity by singlehandedly taking 132 Germans as prisoners.
From outposts in dusty, inglorious American backwaters to the final bloody drive across Europe, Yanks illuminates America's Great War as though for the first time. In the AEF, General John J. Pershing created the Army that would make ours the American age; in Yanks that Army has at last found a storyteller worthy of its deeds.

A graduate of West Point and retired Brigadier General in the Army Reserve, John S.D. Eisenhower has served on the US Army General Staff, on the White House Staff, and as US Ambassador to Belgium.

Alan Gropman The Washington Times An outstanding account of the American combat effort in World War I...brilliantly organized [and] exceptionally well-written...Eisenhower tells a great story and he tells it well.

Stephen E. Ambrose author of Band of Brothers and The Wild Blue When John Eisenhower describes General Pershing and his staff on the ship taking his first contingent of Americans to France, he makes you feel you were there -- most of all wondering, as Pershing did, how all this was going to work. Finding out is what makes this such an enjoyable read.

The Epic Story of the American Army in World War I