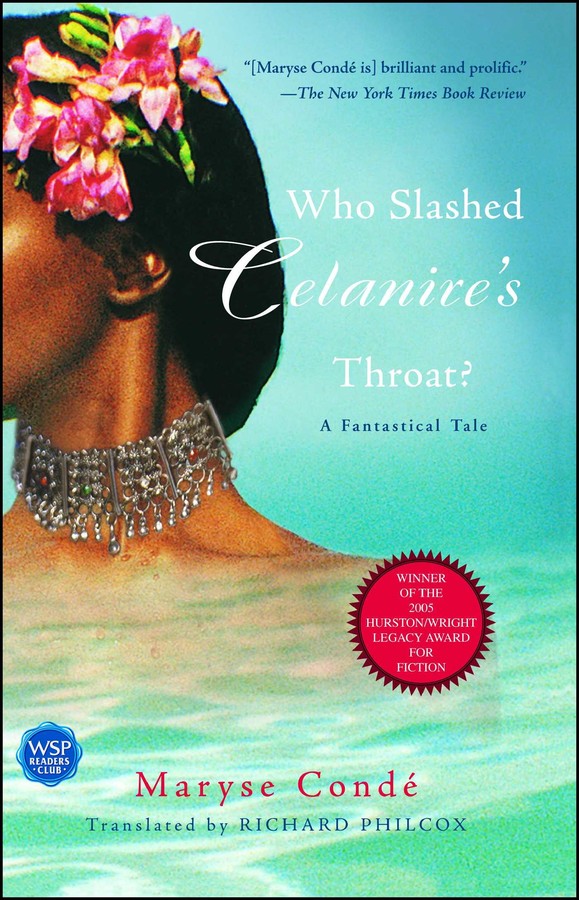 The deeply prolific and widely celebrated author of such books as Segu and Tales from the Heart, Maryse Condé returns with an unforgettable new novel, Who Slashed Celanire's Throat? Inspired by a tragedy in the late twentieth century, Condé sets this fiction in the late nineteenth century with her characteristic blend of magical realism and fantasy. Condé lyrically, hauntingly imagines Celanire: a woman who was mutilated at birth and left for dead. Mysterious, seductive, and disarming, she is driven to uncover the truth of her past at any cost.

On one hand, Celanire appears to be a saint; she is a tireless worker who has turned numerous neglected institutions into vibrant schools for motherless children. But she is also a woman apprehended by demons, as death and misfortune seem to follow in her wake. Who Slashed Celanire's Throat? follows both her triumphs and her trials as this survivor becomes a beautiful and powerful woman who travels from Guadeloupe to West Africa to Peru in order to solve the mysteries of her past and avenge the crimes committed against her.

This beautifully rendered story, translated by Richard Philcox from the French edition, is sure to be considered the most dazzling addition to Condé's brilliant body of work.

By clicking 'Sign me up' I acknowledge that I have read and agree to the privacy policy and terms of use, and the transfer of my personal data to the United States, where the privacy laws may be different than those in my country of residence.
Reading Group Guide
Who Slashed Celanire's Throat?
1. Who Slashed Celanire's Throat? opens with the Reverend Father Hutchard gazing at Celanire while giving us a brief introduction into her character. How does this initial introduction of our heroine differ from the character we've come to know in the end? Describe the development of Celanire's character.
2. We are told in chapter 4 (pg. 45) about Hakim's hatred of the French ("...and anti-French dreams") which seems to be a sentiment held by many members of the community. For Hakim and those who share his views, what do the French represent?
3. Celanire's arrival at Adjame-Santey coincided with the beginnings of an influx of French influence over African tradition. Discuss the role of Imperialism in the novel. What kind of an impact did all of the changes brought about by imperialism have on the quality of life of the natives? How much of a role did Celanire play in the introduction of these changes and how much of it revolved around her? How much did she stand to benefit from them? In this vein discuss the differences and similarities between Celanire and Thomas De Brabant's first wife, Charlotte. How much of their differences are based on their cultural upbringing?
4. While resisting Celanire's advances in chapter 6 (pg. 60) Hakim ponders about Betti Bouah, "Didn't he realize that once the Africans had hoisted themselves up level with the whites, they would prove to be even more wicked?" Compare and contrast Celanire's behavior and activities toward the people of Bingerville to that of the French imperialists. Considering Celanire's actions, do you agree or disagree with Hakim's statement?
5. We are told in chapter 6 (pg. 68), "At that time homosexuality was considered a repulsive vice," and while doing time in Cayenne (pg. 119) Condé gives us more insight into Hakim's personality: "He would never be cured of what he carried inside him. He would never be anything else but what he was." Discuss Hakim's sentiments toward his own sexuality. How much of an asset was Hakim's homosexuality in resisting the charm and advances of Celanire? Would you consider his resistance successful or futile? Compare and contrast the community's response to male homosexuality as opposed to lesbianism.
6. Celanire can be seen as both an asset and a threat to the community. Discuss this duality. What is your impression of Celanire and what motivates her?
7. The title Who Slashed Celanire's Throat? implies a murder mystery, and throughout the story we are led in an investigation into the true origins and intentions of Celanire. Although the novel is narrated by an omniscient narrator, the stories of the various characters are what lead us in uncovering the truth in our investigation. What effect does this have on your reactions to the events? Whose point of view seems the most reliable and why?
8. While magic and superstition are a common practice and belief in various countries including Africa, it is probably unfamiliar territory for most readers. In what ways might this affect the reader's response to the novel? How much of an explanation does the occult provide for the activities in this novel? Discuss the possibilities of other more concrete explanations for the bizarre activities that surround Celanire.
9. On page 94 of Who Slashed Celanire's Throat? Dr. Pinceau tells us how he yearned to make a creation like Dr. Frankenstein did in Mary Shelley's Frankenstein. Comparing the theme and structure of Frankenstein to that of Who Slashed Celanire's Throat?, what is Maryse Condé saying about the consequences of this form of scientific experimentation? Discuss the ethical implications. Are there similarities between Dr. Frankenstein's monster and that of Dr. Pinceau? Discuss the role of religion in this novel.
10. The happenings upon which the novel is based took place in 1995, yet Maryse Condé sets the novel during the turn of the century. Discuss the differences and similarities between Guadeloupe's, Bingerville's, and Peru's society in the 1900s and the society of these countries in 1995. Discuss the ways in which these differences and similarities may affect the structure and development of the story.
11. Much of the novel dealt with the different roles men and women play in African society. The men are allowed a certain amount of freedom that is not a privilege for the women, i.e., polygamy, visiting prostitutes, etc. How do the behaviors and expectations made on the two sexes differ in this culture? How does the introduction of French culture affect the ways in which the African culture normally views the role of men and women? Discuss the ways in which Celanire defies the traditional role of a woman in African society. 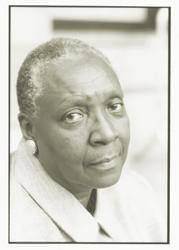 Maryse Condé is the award-winning author of twelve novels, including Crossing the Mangrove, Segu, Who Slashed Celanire's Throat?, and I, Tituba: Black Witch of Salem. She lives in New York and Montebello, Guadeloupe.

"A luminary of the highbrow literary set for some time now, Maryse Conde is finally bouncing across the radar of ordinary readers. What luck -- for Conde's opulent imagination, sublime prose, and magical narratives light up Africa's past."
-- The Washington Post Book World

"Another great offering from one of our most gifted writers. Read and learn, but most of all, read...
and enjoy." -- Edwidge Danticat, bestselling author of The Dew Breaker

"Lush and lurid, as are its sultry settings...seducing the reader with silken irony."
-- Kirkus Reviews