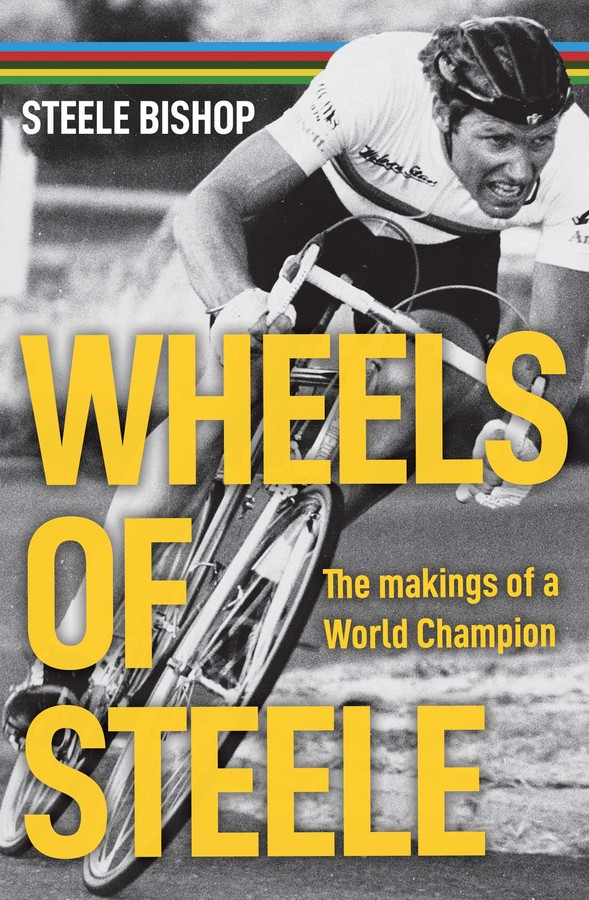 Steele Bishop was a youngster with a dream who rode a long and tough road to becoming a world champion cyclist.

An Olympian at 19, he retired at 21 – only to return to racing and eventually become world champion at 30. The individual pursuit is a race where you break or are broken. To win the title is a test of both physical and mental strength. For more than 30 years, his approach to the preparation and competition has inspired both elite and recreational cyclists – and now for the first time Steele shares his unique Australian Story. From country boy to world champion, the story of Steel Bishop will inspire sportspeople, business leaders and whole generation to follow.

Steele Bishop
Steele Bishop was born in 1953 in Subiaco, Western Australia.
From 1971 until his retirement in 1984 he won numerous Australian professional track titles, including the 5000 metre pursuit eight times. In Western Australia, he won the Westral Wheel race six times between 1975 and 1984 and won the first two Griffin 1000 road races.
In 1972, at the age of 19, Steele represented Australia in the 4000 metre team pursuit at the Munich Olympics.
In the world championships in Zurich in 1983 Bishop reached his zenith, retiring shortly after while at the peak of his career: riding in the 5000 metre Individual pursuit on a specially built pursuit bicycle made in Switzerland by Leo Estermann in 1981. The bicycle was badged by Malvern Star by sponsor General Accessories, and later rebadged Steele Bishop. The Estermann stamp on the head tube remains.
Steele Bishop faced off against Swiss Robert Dill-Bundi, the 1980 Olympic pursuit gold medalist. Riding the race of his life, three laps from the finish he caught his opponent, a feat almost unheard of in world-class cycling, thus winning the race and the championship. He set a personal best in the race of 5 minutes 51 seconds, and became the first Australian to beat 6 minutes in the event.
Steele was awarded the Western Australian Sports Star of the Year award in 1983 and was inducted into the Western Australian Hall of Champions in 1985.