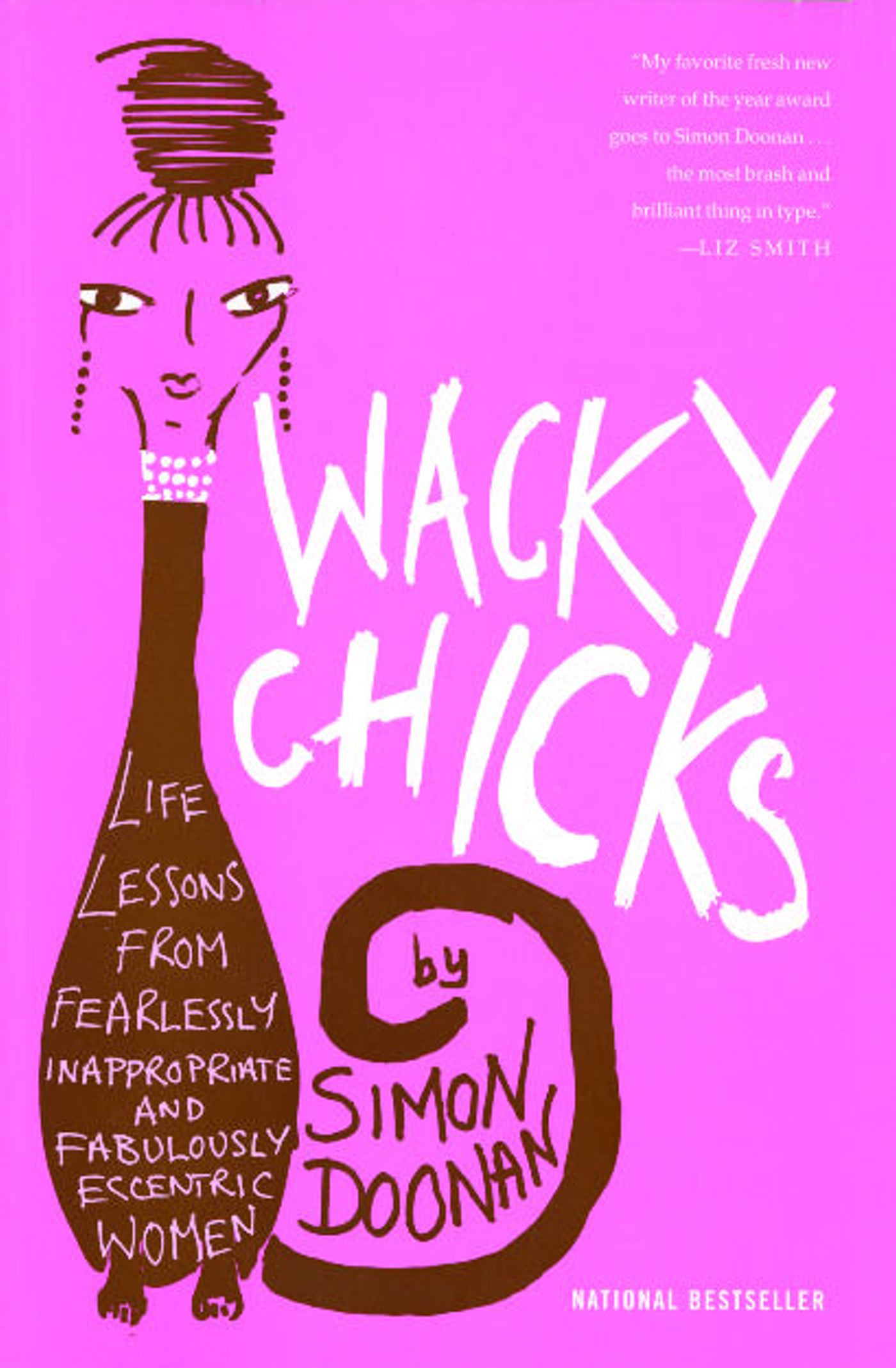 Most of us know a wacky chick. She's a true nonconformist, a woman who dares to be different. On any ordinary day she might be found performing a citizen's arrest, running a concession stand at a swingers' convention, or wearing a tiara on top of a cowboy hat. Even when conservatively dressed, wacky chicks give themselves away with their fire and exuberance: their outrageous personalities make them as easy to spot as a flamingo prancing among pigeons.
Once considered a rarity, this wild and wonderful species seems to be increasing its numbers. In Wacky Chicks, irreverent social commentator and humor writer Simon Doonan celebrates this growing phenomenon by introducing readers to a bracing cross section of today's most provocative and unconventional women. He asks them to reveal what it takes to be a wacky chick and how wacky-chickery can help women everywhere find creative fulfillment. Readers will learn everything from wacky-chick spiritualism (woo-woo chicks) to wacky-chick business sense (chicks with shticks). We will witness their lives, habitats, mating rituals, careers, and childbearing practices. There's even priceless advice on fashion, beauty, interior decorating, finding the right partner, and unleashing your feminist wacky chick without losing your femininity.
Some of Doonan's wacky chicks you may already know -- Amy Sedaris, cocktail waitress turned creator and star of Comedy Central's Strangers with Candy, and her alter ego Piglet; Warhol muse and Key lime pie aficionado Brigid Berlin; and Susanne Bartsch, the woman who showed Madonna how to vogue. But most are supervixens you've never met, because, naturally, a wacky chick does not aspire to traditional fame and fortune. Included here are the life lessons of fashion designer turned park ranger Spider Fawke, the proud mother of thirty-eight lizards and a four-inch tarantula; slashed-spandex-wearing Isabel Garrett; hip hypnotist Jessica Porter; and a new age pixie named Kazuko. They are about as diverse a flock as you can imagine, but they share a common theme: all of these women are Belligerent, Resilient, Uninhibited, Naughty, Creative, and Hilarious (B.R.U.N.C.H. for short). In a word, they are wacky.
A book that pays tribute to the wild and unstoppable female in each of us, Wacky Chicks is the ultimate guide to embracing your inner rebel. Mixing intimate and outrageous interview material with philosophical interludes, Simon Doonan brings you on a soul-searching journey that may leave you creating hats out of tinfoil or opening your own hot dog stand, infinitely self-assured and infinitely wacky. 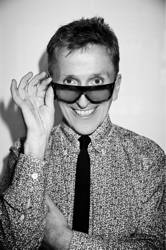 Simon Doonan is the bestselling author of Wacky Chicks and Confessions of a Window Dresser. In addition to his role as creative director of Barneys New York, Simon writes the "Simon Says" column for The New York Observer. He frequently contributes observations and opinions to myriad other publications and television shows. He is a regular commentator on VH1, the Trio network, and Full Frontal Fashion. He lives in New York City with his partner, Jonathan Adler, and his Norwich terrier, Liberace.

"My favorite fresh new writer of the year award goes to Simon Doonan...the most brash and brilliant thing in type."
-- Liz Smith

"[Doonan is] a postfeminist writer cloaked in the drag of a sly fashion insider."
-- The New York Times

"Simon Doonan is not just a brilliant artist, he is also a keen observer of the most wacky, insane pockets of our society. As a woman I applaud him, as a reader I laugh with him, and as a book buyer I can tell you Wacky Chicks is worth paying retail for."
-- Joan Rivers

"A rollicking ride through the loud, controversial, dramatic, and utterly engrossing lives of our society's most noteworthy Auntie Mames."
-- Gotham