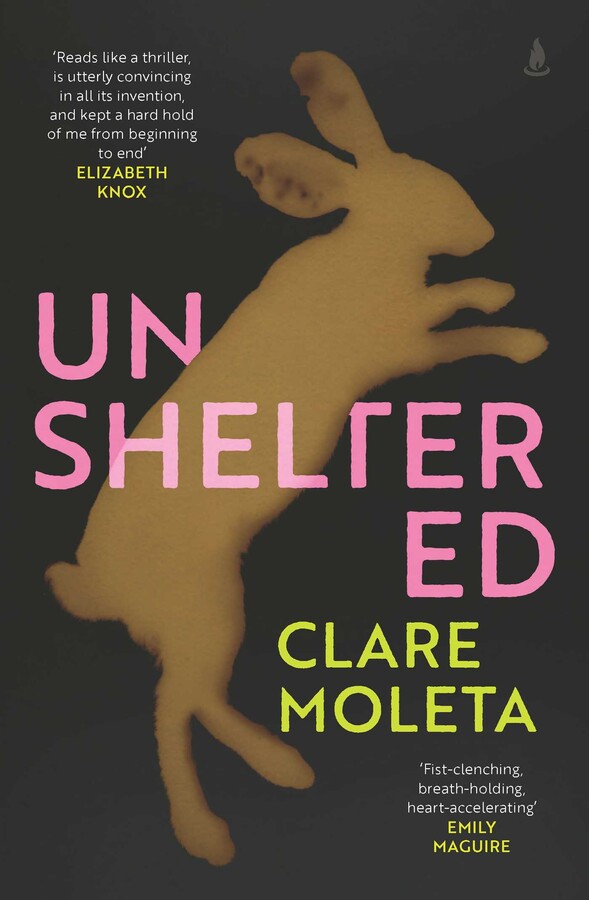 As the resourceful, relentless Li tracks her lost daughter across a disintegrating country, the journey will test the limits of her trust, her hope and her love. Unsheltered will leave you wrung out and gasping.

Relentlessly propulsive and profoundly moving, Unsheltered taps into some of our worst fears and most implacable motivations, marking the emergence of a fully-formed and urgent literary voice.

Against a background of social breakdown and destructive weather, Unsheltered tells the story of a woman’s search for her daughter. Li never wanted to bring a child into a world like this but now that eight-year-old Matti is missing, she will stop at nothing to find her.

As she crosses the great barren country alone and on foot, living on what she can find and fuelled by visions of her daughter just out of sight ahead, Li will have every instinct tested. She knows the odds against her: an uncompromising landscape, an indifferent system, time running out, and the risks of any encounters on the road. But the greatest obstacles of all might be her own uncertainty and the ghosts of her past. Because even if she finds her, how can she hope to shield Matti from what is to come?

At times tender, at times terrifying, Unsheltered is an engrossing, unpredictable novel that keeps the reader in suspense all the way to the end. A brilliant feat of imagination that asks if our humanity is the only protection we have left, Unsheltered will affect you in ways a book hasn’t done in years.

'Unsheltered reads like a thriller, is utterly convincing in all its invention, and kept a hard hold of me from beginning to end.' Elizabeth Knox

'Li is an unforgettable character, whose scars are as compelling as her extraordinary resourcefulness - she powers an urgent, heart-stopping novel.' Emily Perkins

'Unsheltered is a fist-clenching, breath-holding, heart-accelerating reading experience. Clare Moleta writes with clarity and force, conjuring a terrifyingly real world of environmental desolation and bureaucratic mercilessness, but also, vitally, one in which empathy, love and hope stubbornly persist. In temperamentally tenacious and teeth-grittingly tough Li, Moleta has created a heroine who is utterly believable in both her ambivalence about becoming a parent and in her single-minded determination to keep that child safe.' Emily Maguire

​‘Outstanding. One of those novels that takes you by the scruff of your neck and drops you straight in … You will grip this thread until your palms bleed.’ Debra Adelaide, Australian Book Review 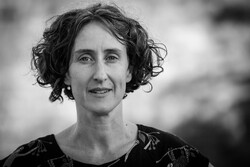 Clare Moleta was raised on Whadjuk Noongar Country in Western Australia. Her fiction has been published in literary journals and broadcast on Radio New Zealand, and she has won awards for her travel writing. She has a Writing Diploma from RMIT University and an MA in Creative Writing from Te Herenga Waka | Victoria University of Wellington. She now lives in Poneke | Wellington, Aotearoa, where she was born. Unsheltered is her first novel.