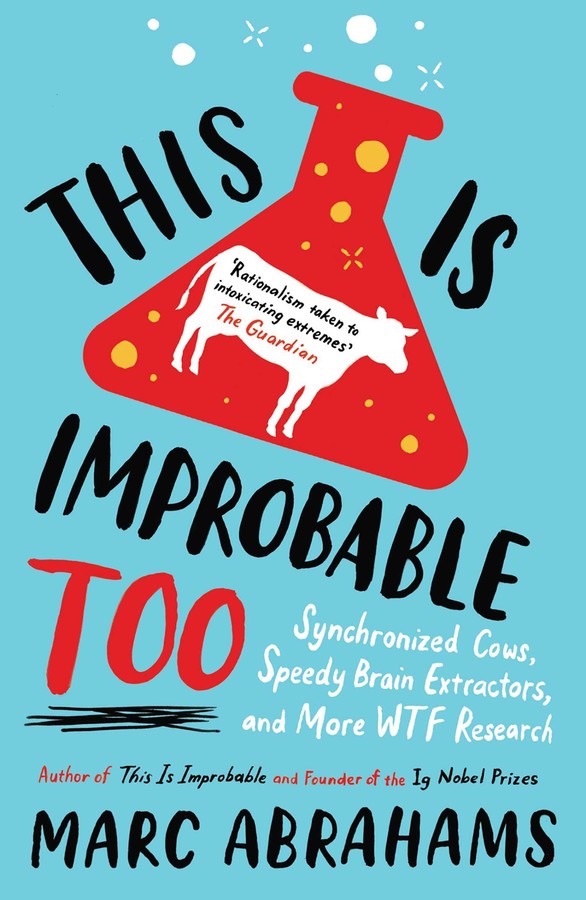 This is Improbable Too

Marc Abrahams collects the odd, the imaginative and the brilliantly improbable. Here he turns to research on the ins and outs of the very improbable evolutionary innovation that is the human body (brain included):

• What’s the best way to get a monkey to floss regularly?

• How much dandruff do Pakistani soldiers have?

• If you add an extra henchman to your bank-robbing gang, how much more money will you 'earn'?

• How many dimples will be found on the cheeks of 28,282 Greek children?

• Who is the Einstein of pork carcasses?

Marc Abrahams writes the 'Improbable Research' column for the Guardian and is the author of This Is Improbable (978-1-85168-975-0). He is editor of the science humour magazine Annals of Improbable Research and founder of the Ig Nobel Prizes, which are presented annually at Harvard. Abrahams and the Igs have been covered by the BBC, New Scientist, Daily Mail, The Times, and numerous other outlets internationally. He lives in Boston, Massachusetts.

‘A detailed map of the most arcane byways down which members of the scientific community have travelled.’

‘Abrahams is doing vital work here… From this deeply improbable book, you will learn that male chess players take more risk in their play when they are playing attractive female opponents, and that British bank robbers don’t make as much money as you might think.'

"Science nerds and junkies unite! Your book has arrived."

This is Improbable Too