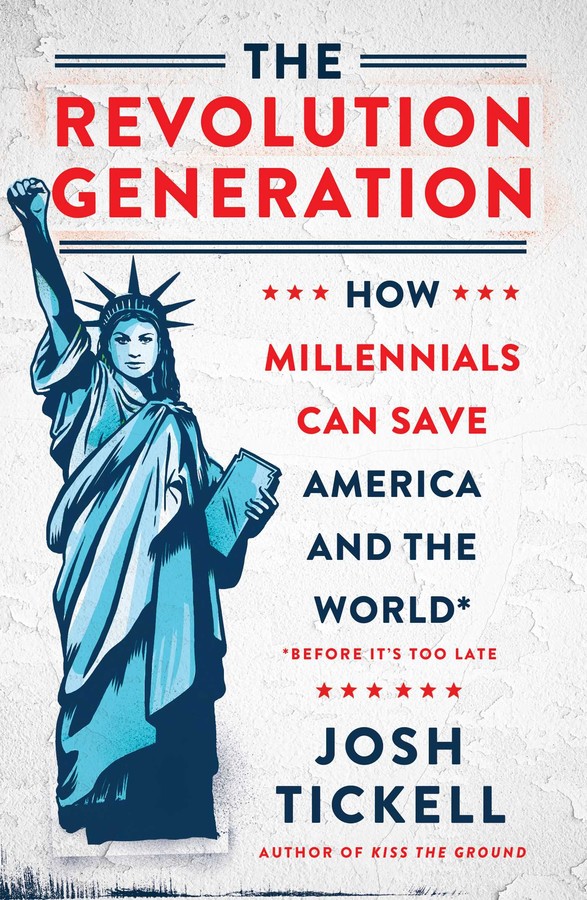 From the activist and Sundance Award-winning filmmaker of Fuel and Kiss the Ground comes an ambitious book showcasing the captivating stories of Millennial change-makers in order to empower and motivate today’s young adults to rise up to their potential for greatness.

With eye-opening research and inspiring interviews, The Revolution Generation is the first in-depth exploration of the world-changing activism and potential of people born between 1980 and 2000. Labeled Generation Y or Millennials, theirs is the first digitally fluent generation. From sex and dating, to parental relationships, to jobs and the economy, Millennials live within a dynamic interplay of technological advances and real world setbacks.

Their connectivity and global awareness have created astonishing new opportunities, but have also come at a time of peril. According to the United Nations, today’s youth face the ten largest global crises in human history (including the sixth major species extinction, a rapidly changing climate, and a worldwide refugee crisis). In no uncertain terms, the future of humanity rests on their shoulders. While these challenges may be daunting, Millennials are part of the largest, most educated, most digitally plugged-in generation to date and The Revolution Generation elucidates their often-overlooked strengths and shows how they can build a brighter, more sustainable and democratic future for themselves—and all of humanity.

The Revolution Generation is also soon to be a full-length documentary featuring Bernie Sanders, Shailene Woodley, Rosario Dawson, and more. 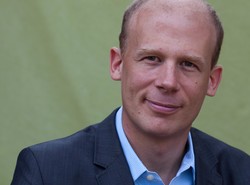 Josh Tickell is a journalist, activist, author, and award-winning film director whose movies (Fuel, The Big Fix, Pump, Good Fortune) have been shortlisted for Academy Awards, shown in the White House, won awards at the Sundance Film Festival, and have been viewed by over 50 million people worldwide.

Praise for The Revolution Generation:

"The Revolution Generation shows the power of good and kind disruption combined with the heartfelt force of a new generation. Let’s harness this energy to change the world!"

"The Revolution Generation shows that increasing civic engagement from our generation — starting with the simple act of voting — can substantially improve our government and create better outcomes for all people throughout the world. The personal experiences in this book clearly show that getting politically active isn’t as scary as it is transformational. Millennial leadership is our present, not our future. I challenge everyone to use the advice from this book to go make a difference today!"

"Black and brown families are under siege with the state-sanctioned violence of mass incarceration and mass deportation, our democracy is broken, and civilization is literally at a tipping point in terms of the existential and colorblind emergencies of global warming and nuclear proliferation. The Revolution Generation shows that, using the sacred two-edged sword of nonviolent action and the ballot, millennials will fight to reverse the status quo. Indeed, we have no other choice. Because, unlike the generation currently in power, our future literally depends on it."

"The Revolution Generation is both a battle cry for change and an instruction manual for a greater future. Josh has painted the portrait of a generation that has grown up in an unfair economic system, plagued by terrorism and isolated by technology. Despite these obstacles, this book will give you hope that they will use their numbers, diversity and power to inspire, educate and be the crusaders for good that we all need right now!"

– Dan Schawbel, New York Times bestselling author of Back to Human and Me 2.0

"The Revolution Generation demonstrates that we Millennials aren’t like any other generation: we are diverse, unapologetic, and refused to be tethered to the status quo. Hate it or love it, we might just be the most important political and world-changing generation in 100 years. We are ready and able to use our voices for world-shaking change—it's time for folks to join the progress or get out of our way!"

"Josh Tickell’s The Revolution Generation is riveting.  As a professor of mostly millennials his insights gave me a deeper understanding of my students and influenced my teaching approach in a positive way."

"Josh Tickell’s The Revolution Generation is an insightful vision of what the future can become."