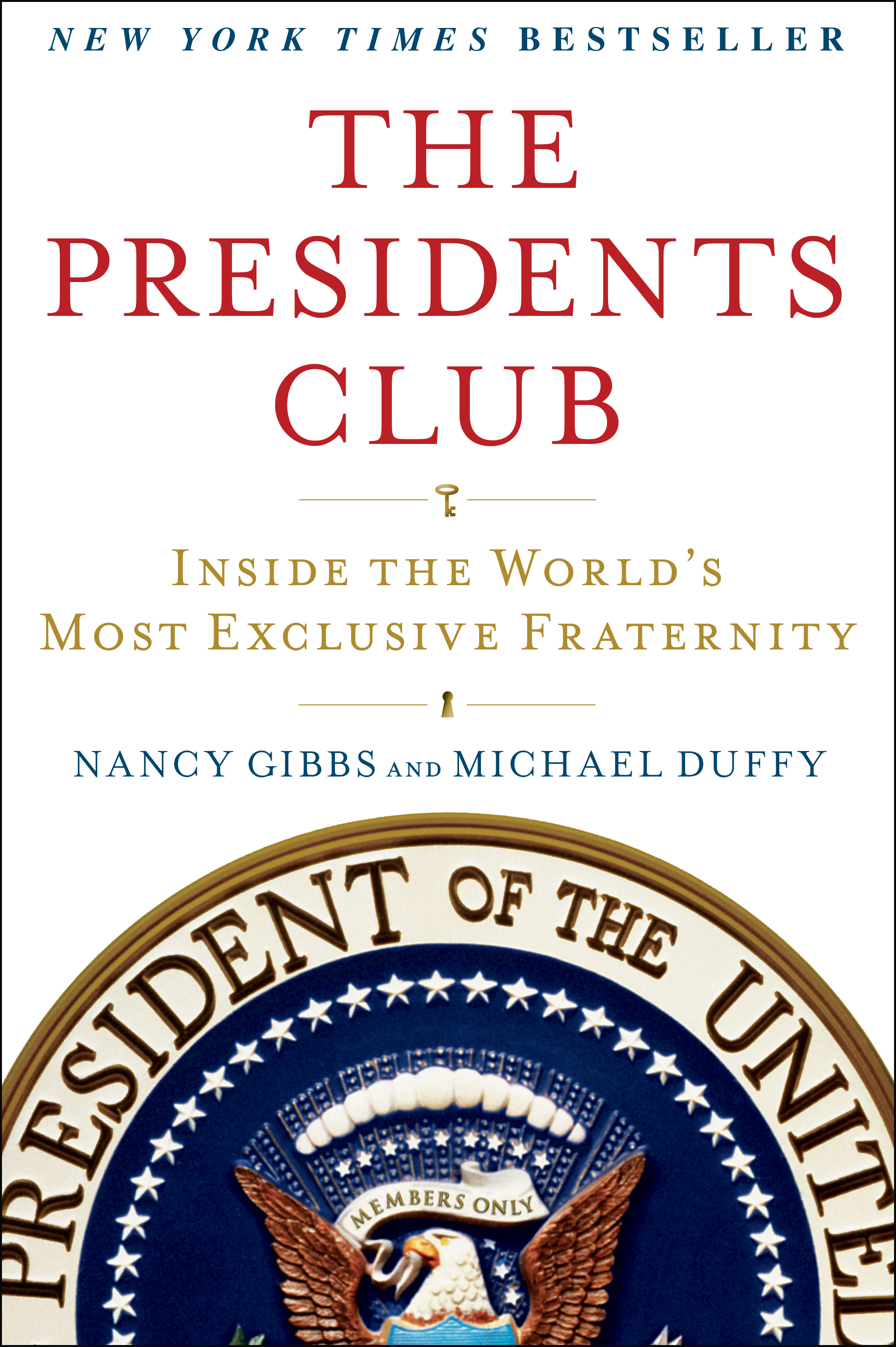 Inside the World's Most Exclusive Fraternity

The Presidents Club was born at Eisenhower’s inauguration when Harry Truman and Herbert Hoover first conceived the idea. Over the years that followed—and to this day—the presidents relied on, misunderstood, sabotaged, and formed alliances with one another that changed history. Its members are bound forever because of their stints in the Oval Office, yet are immortal rivals for history’s favor.

Some presidents needed their predecessors to keep their secrets; others needed them to disappear. Most just needed help getting the job done. Truman enlisted Hoover to help him save Europe; Kennedy turned to Ike with Cuba; Nixon sought Johnson’s advice on getting reelected, but then tried to blackmail him; Bush put his father and Clinton to work and they became like father and son; and Obama and Clinton became quiet rivals for the same crown.

Nancy Gibbs and Michael Duffy unravel the secret confidences, the shared scars, and the private cease-fires from Hoover to Obama. A fascinating, inside look at a hidden world, The Presidents Club will change the way we think about the presidency.

This reading group guide for The Presidents Club includes an introduction, discussion questions, and ideas for enhancing your book club. The suggested questions are intended to help your reading group find new and interesting angles and topics for your discussion. We hope that these ideas will enrich your conversation and increase your enjoyment of the book.

Backroom deals, secret alliances, bitter rivalries—these are just a few of the facets of what is perhaps the most important fraternity in American History. Bound by experience and the singular weight of holding supreme office, this club of former and current presidents has, in one way or another, acted as a secret and impactful instrument on the course of American—and world—history. Time editors Nancy Gibbs and Michael Duffy put these complicated relationships, from Truman and Hoover’s truce at Eisenhower’s inauguration to Clinton and Obama’s touchy modern relationship, under the ultimate lens, revealing the ways in which presidents in office must rely, sometimes against their will, on those few men who have sat in the same seat.

1. List and discuss the most unlikely relationships in the Presidents Club. Who reached farthest across the aisle? Why are former and current presidents so likely to work together, even when their policies and personalities differ so drastically? Consider Truman utilizing Hoover in Europe all the way through Clinton and Bush 43’s current joint humanitarian efforts.

2. Do presidents seem to have more influence when in office, or after? Name a president whose policy and experience lasted far beyond their term(s). Are there any who seemed especially ill-suited to lead at the time of their presidency, but invaluable upon leaving the position?

3. Was Johnson at fault for not helping protect Nixon’s presidency? Are there truly limits to how far a club member should go to protect one of its few brothers?

4. Compare and contrast Eisenhower’s strictly regimented, committee-oriented style of leadership to Kennedy’s looser, on-the-fly tendencies. What seems the best way for a president to administer his power? For that matter, where exactly does the power of a president reside—in his ability to unilaterally think on his feet, or the various specialists and experienced people at his disposal?

5. Eisenhower said (of Kennedy), “I am all in favor of the United States supporting the man who has to carry the responsibility of our foreign affairs.” There is a strain of thinking in early club members that the public should unconditionally support the hard decisions a president must make, lest the rest of the world view us as weak and un-unified. Do you agree with this? Is dissent and assembly against a president’s policies something citizens should avoid?

6. It is often said that a president’s success can be measured by the disasters he avoids. The authors even write, “We know what happened when each president presided; they are often just as proud of what didn’t happen.” How has the Presidents Club helped men in office to avert calamity? Consider especially JFK’s utilization of Eisenhower during the Bay of Pigs and Cuban Missile Crisis, and Clinton’s call upon Nixon for advice on Russia and Bosnia.

7. Many club members (Truman the haberdasher, Eisenhower the soldier, Reagan the actor) did not choose politics as a first profession, and came to the game relatively late in their careers. Yet, these three are some of the most esteemed, sought-after minds in the history of the club’s ranks. What do you make of non-politician politicians? Is there something to be said for their prior experience making them more efficient presidents and counselors?

8. Discuss LBJ’s nearly manic use of the Club’s knowledge for speech writing, policy making, and deal-brokering. Is there a point at which a president must shake free of the club and establish himself as separate from his predecessors?

9. Was Jimmy Carter “worth the trouble?” What do you make, in lights of today’s Arab state, of his furtive appeal to Arab and world leaders behind Bush’s (and the UN’s ) back? Did he go against Club code? Were his actions treasonous? Was his shunning by Bush 41 warranted?

10. Though Clinton had the most former club members at his disposal (5 in total), individual relations with his predecessors all took on a unique, half-antagonistic quality. Discuss his collaborations (and attendant contentions) with Nixon (Russia), Jimmy Carter (Korea and Haiti), and Ford (Clinton’s impeachment trial.) Were the club members helping the president, or protecting the presidency?

11. Do you think Bush 43 would have had a more successful presidency if there were not an “unspoken pact” between father and son regarding presidential advice? Would Bush 41, with an impressive record of foreign policy achievements and national deficit reduction, have been able to avoid some of today’s major American problems by doling out executive wisdom to his son?

12. Gibbs and Duffy write, “Presidents typically land in office thinking they know better than their predecessors. Having just spent an entire campaign convincing voters this is the case, they naturally come to believe it themselves. But then something like a chain reaction occurs: they win the office, then the office strikes back, challenging a president, chastening him, confronting him with all he doesn’t know.” How does this apply to Obama’s presidency? Though he campaigned on the notion of an end of Clintonian democracy, has his presidency now transformed to a facsimile of the 42nd President’s policies and sensibilities?

13. What were the most notable instances of duplicity between members of the club, both before and after their appointments? In what ways were they able to bury the hatchet after becoming former presidents? Consider Ike and JFK, Nixon and Johnson, Nixon and Reagan, Ford and Carter, and the rivalry between Clinton and Obama.

14. In the conclusion, the authors write, “If the Presidents Club had a seal, around the ring would be three words: cooperation, competition, and consolation.” Identify a particularly salient instance of each of these ideas during the Club’s colorful history.

1. Create your personal dream-team Presidents Club of four former presidents, dating back to FDR. Whose policies would you combine? Whose personalities would work best together? Which presidents, living or dead, could bring the greatest stability to a tumultuous world?

2. Read the memoir of any former president from the Presidents Club. How do their accounts compare to the information in this book? What do they reveal? What do they seem to omit? Is there a president that’s particularly forthright about their reliance on former holders of the office?

3. Create a visual timeline of the last 70 years of world conflict. Which events had the greatest involvement of former presidents? Which brought together unlikely allies? Which member of the club presided over the most calamity?

4. Visit Time magazine’s The Presidents Club site: (http://www.time.com/time/specials/packages/0,28757,2111338,00.html) to see photos, read ancillary articles, and learn more about the passing of the torch between newly-elected and incumbent presidents. 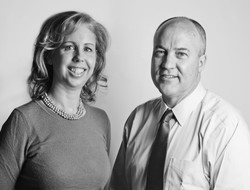 Nancy Gibbs is the deputy managing editor of Time magazine and coauthor with Michael Duffy of the New York Times bestseller The Preacher and the Presidents: Billy Graham in the White House.

Michael Duffy is Time’s executive editor and Washington bureau chief and directs coverage of presidents, politics, and national affairs for the magazine.

Inside the World's Most Exclusive Fraternity