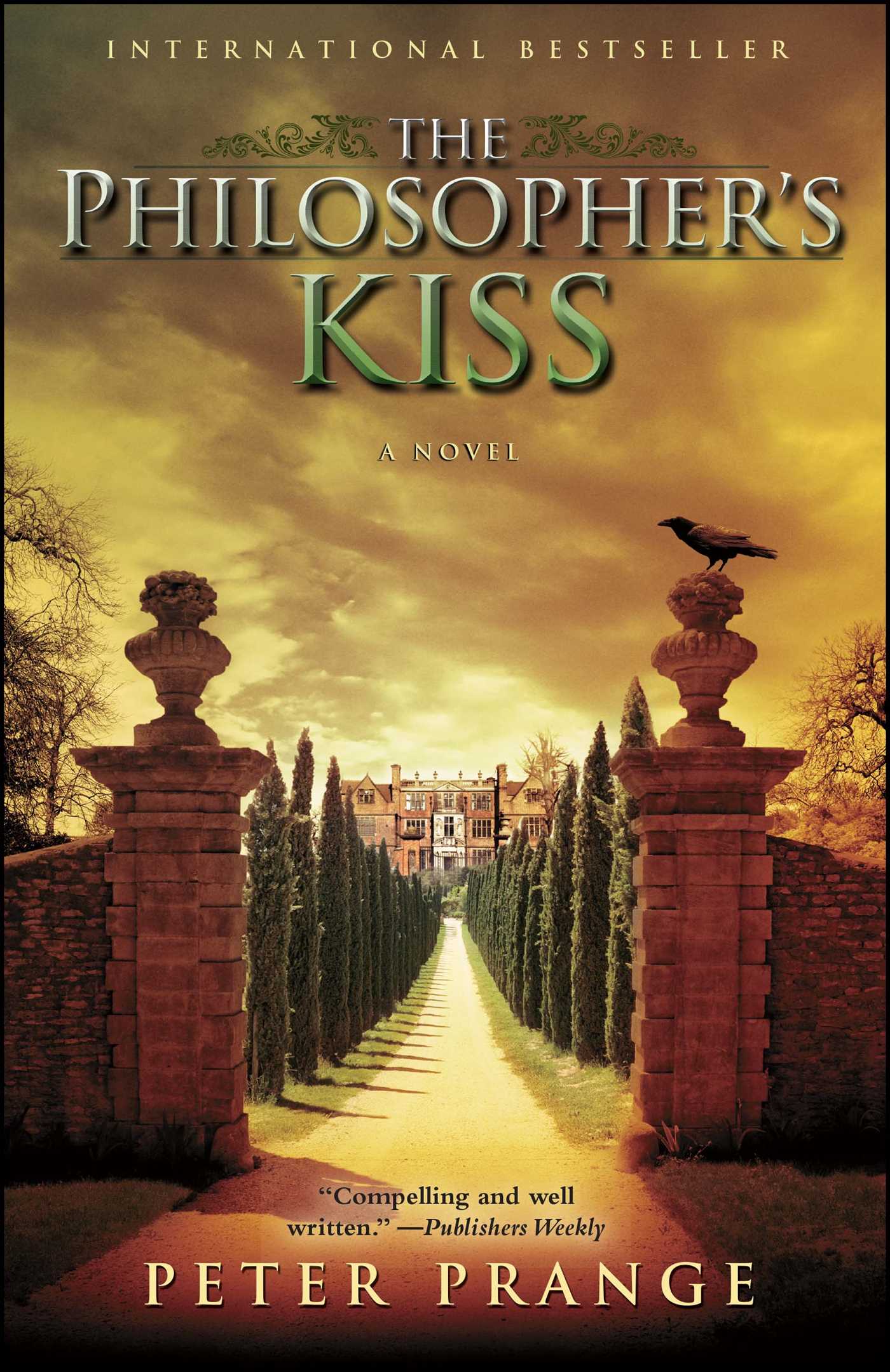 Paris, 1747. Betrayed by God and humanity, Sophie moves to the seething capital of the kingdom. To survive, she works at Café Procope, the meeting place for freethinkers and revolutionaries.

Against her will she falls deeply in love with one of the regular customers: Denis Diderot, the famed philosopher and a married man. He and his colleagues are planning the most dangerous book in the world since the appearance of the Bible: an encyclopedia. Even more explosive are the covert references in the Encyclopedia that threaten to undermine both the monarchy and the church. But Sophie soon realizes that the stakes are even higher for her personally. At risk are her right to freedom, love, and happiness.

By clicking 'Sign me up' I acknowledge that I have read and agree to the privacy policy and terms of use, and the transfer of my personal data to the United States, where the privacy laws may be different than those in my country of residence.
This reading group guide for The Philosopher's Kiss includes an introduction, discussion questions, ideas for enhancing your book club, and a Q&A with author Peter Prange. The suggested questions are intended to help your reading group find new and interesting angles and topics for your discussion. We hope that these ideas will enrich your conversation and increase your enjoyment of the book.

In eighteenth-century Paris, Sophie Volland begins a passionate affair with the famed philosopher Denis Diderot as he and his colleagues embark on an ambitious and dangerous undertaking: the creation of an encyclopedia containing all of human knowledge. This revolutionary work threatens to undermine both the monarchy and the church, placing its authors at risk during the tumultuous years of the Enlightenment. As Sophie’s fate becomes entwined with that of the Encyclopedia, she must ultimately make a decision that jeopardizes her happiness, her future, and her love for Diderot.


1. Like the philosophers of the Enlightenment, hold your book club at a local café or coffee shop. Or try serving your own coffee, tea, and hot chocolate (Diderot’s preferred beverage—with vanilla and cinnamon, of course).


2.      Create your own version of the Encyclopedia. Keep a record of your group’s reading selections by writing an entry for each one describing the book and highlights from the discussion.

4.      For insight into the intriguing mistress of Louis XV, visit www.madamedepompadour.com. Take a virtual tour of the Marquise’s apartments at Versailles, find out about her personal collection of more than 3,500 books, view fashions from the period, and much more.

A CONVERSATION WITH PETER PRANGE

What inspired the idea to use the creation of the Encyclopedia as the basis for a novel?

Nothing seems to be less boring than a book about the creation of another book. But the Encyclopedia is not a simple book. It is a book that really changed the world. Our daily lives would not be the same without the Encyclopedia. Its creation stands for the struggle between two giants: the theological tradition and the philosophy of enlightenment. A struggle that lasted for more than twenty years filled with passion and suspense. Not the worst setting for a novel, I presume.

What appealed to you about using Denis Diderot as a character?

Diderot is a perfect character for a novel because he is full of contradictions. He lives for his intellectual mission, but he is one of the most passionate lovers I have ever heard about (and I know what I am talking about—my doctoral theses dealt with French libertine literature). He criticizes the holy church and all religion, but he deeply believes in God. He praises happiness on earth, but he knows seasons of dark depression and desperation. In short; he is a fascinating figure that only life, not fiction, can create.

What can you tell us about the real-life Sophie Volland? How much is known about her and the role she played in the publication of the Encyclopedia?

As a matter of fact, we know nearly nothing about Sophie Volland. The most important testimonies of her existence are the letters Diderot wrote to her. Was she his lover or only a friend? We don´t know. And if her last will, written by her own hand, didn’t exist we might imagine that she was just a creation of Diderot’s fantasy. What a wonderful situation for a novel writer. So I had the chance, even the duty, to give her an identity und a story. If life is her mother, I am her father.

How did the environment during the Enlightenment make it possible for the Encyclopedia to be created and published?

The central idea of enlightenment was that man has the right of paradise on earth, not only in heaven as the priests taught to keep people in line. In this sense, the Encyclodpedia was a kind of manual of human happiness. And this is exactly why the elite—the representatives of the Catholic Church and the monarchy—did everything to suppress this revolutionary book and its authors.

Madame de Pompadour is a fascinating character, an intelligent woman with a deep affinity for books and knowledge. How did she come to be such an influential figure in matters of state for such a long period of time? Was it unusual, at the time, for a king’s mistress to have that much power?

Madame Pompadour, indeed, is one of the most influential women in European history, comparable only to Roxelana, the famous favorite of the Ottoman sultan Suleiman. Beside her outstanding intelligence and education, she used all weapons a woman can use in order to keep control over King Louis XV and to make way for the ideas of enlightenment. Unfortunately for French history, but fortunately for my novel, she was opposed by the intrigues of clerical and political traditionalists at the court of Versailles.

Readers are never directly introduced to Voltaire, and yet he is a presence in the novel. How much influence did the philosopher have on the creation of the Encyclopedia?

Voltaire was one of the most important intellectual leaders of his time. In this sense, he and his ideas had an enormous influence on the spirit of the Encyclopedia. But perhaps he was too absorbed by his own work to be the team player necessary for the creation of the Encyclopedia. On the other hand, his most hated rival, Rousseau, the other outstanding intellectual figure of the century, was Diderot’s most complicated and sometimes unbearable best friend. So we have a lot of human conflict within one of the most decisive intellectual debates in European history.


Italian lothario Casanova shows up in a memorable way. Why did you decide to include him in the scene depicting Robert’s execution?

That was not my decision—Casanova decided himself to watch Robert’s execution. As he told us in his memoirs, lots of aristocrats did so, most of them accompanied by attractive ladies. It’s hard for us to understand nowadays but these extremely cruel executions were a kind of theater—a shocking and erotically fascinating spectacle at the same time, as Casanova tells us.


What kind of research did you do to reconstruct Paris during the Enlightenment, from details like living conditions to bigger-picture concerns like the volatile political and religious climate?

If you want to have an idea of eighteenth-century Paris, you have to ask the people who lived in the city at that time. So I went to the Bibliothèque nationale for months and read all the testimonies of Diderot’s time that I could find—especially in the enfer (“hell”), the library archives where all erotically and politically dangerous books are deposed.

After the Encyclopedia was banned in France, you write “An outcry rose up through all of Europe, across every border.” (p. 43) Why were other countries more open to the idea of the Encyclopedia being published?

The other countries were merely more open-minded about the progressive ideas of the Encyclopdedia than the French monarchy. But politicians always like to point fingers at other countries in order to forget their own mistakes—not only nowadays but also in the eighteenth century. The German king Frederick II, for instance, personally admired the French philosophers, as well as empress Catherine of Russia. But that did not mean that the regimes in their own countries would have been less repressive than in France.

From a historical perspective, how important was the publication of the Encyclopedia? How has Diderot been remembered by historians?

From a historical point of view, the publication of the Encyclopdia was of outstanding importance: a book that changed the world, comparable only to the Bible or the Koran or the American Bill of Rights or Capital by Karl Marx. It was the battery of enlightenment—the power of the mind that laid the groundwork for the French revolution and finally blew away the ancien régime. Without the Encyclopedia, the world today would be different.

Why did coffeehouses like Café Procope become gathering places for freethinkers? Is there evidence that Diderot met Sophie at this famed establishment?

People coming together in the Café Procope did not drink beer or alcohol, but coffee and hot chocolate. This was not a matter of taste, but a matter of mind. The freethinkers wanted to be clear, lucide, in order to exchange philosophical and political ideas like merchants sold and bought products at the bourse. Did Diderot and Sophie meet there for the first time? We don’t really know—but can reality be more real than my novel?


For readers who might want to visit Paris after reading The Philosopher’s Kiss, what sites would you suggest they see? What is your favorite place in Paris?

I would suggest going to the Café Procope (near Métro Odéon) where you still can have a drink or a meal (better only a drink, because the meals are pretty expensive). Then I would suggest visiting the whole Quartier Latin, especially rue Saint-André-des-Arts, where Bréton, the editor of the Encyclopedia had his workshop. And, last but not least, Versailles—the palace from which Mme de Pompadour tried to support Diderot’s work and the revolutionary ideas of the philosophes. 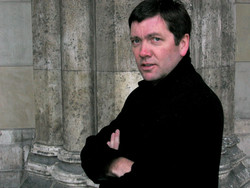