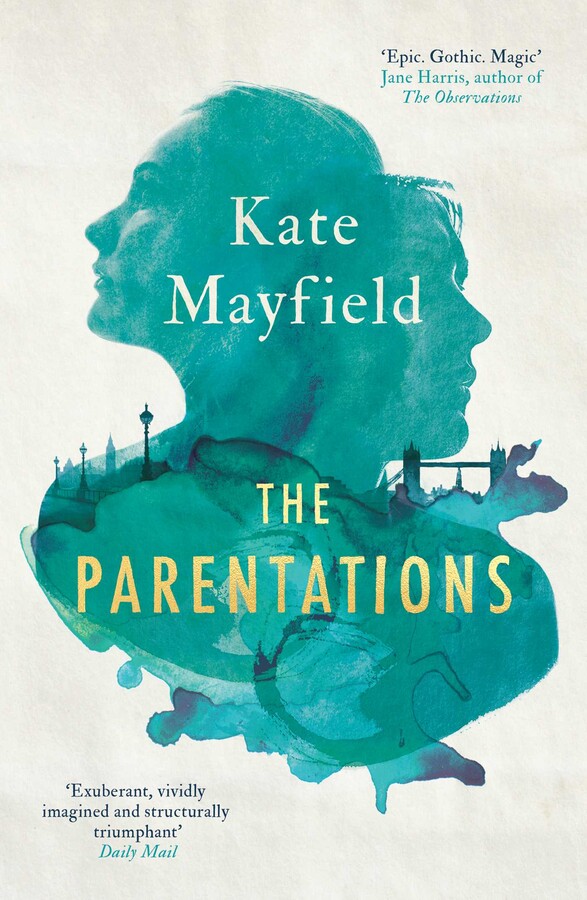 Eighteenth-century London – the lives of the sisters Fitzgerald, Constance and Verity, become entwined with the nearby Fowler household, charged with providing safe harbour to a mysterious baby from far away.

Camden, London, 2015, December 17th – the lives of the sisters Fitzgerald, Constance and Verity, are consumed by the wait for this boy, who may or may not be dead. There is no way of knowing.

Deep within the savage beauty of Iceland, a hidden pool grants those who drink from it endless life. For those that have, their secret must remain held close for two hundred years, but time is slipping away, and malign forces are gathering.

And for those who have sipped from the pool, they discover all too quickly that immortality is no gift, because in the absence of death, true darkness emerges.

‘Spanning centuries, this is an exuberant, vividly imagined and structurally triumphant novel with a strong Dickensian undertow.’

‘The Parentations is beautiful, innovative and atmospheric. I was completely captivated.’

– Anna Mazzola, author of The Unseeing

‘Epic. Gothic. Magic. Somebody better snap up the film rights.’

– Jane Harris, author of The Observations and Sugar Money

'When death is not the end, someone’s true nature will be revealed, as is the case of the ruthless, seductive Clovis Fowler in this clever story that takes the reader from Victorian London to the modern day.'

‘The omniscient narrative flits from character to character, creating a kaleidoscopic effect that suits the fantastical nature of the story and the hurtling passage of the years.’

‘Reminiscent of both Carr’s Alienist and Norfolk’s John Saturnall’s Feast, this debut novel is utterly compelling – acute plotting, vivid characters and writing so accomplished that Mayfield has you by the throat from the very start.’

'Mayfield's delightfully rich and uncanny novel, The Parentations, manages to be pacy and addictive, while simultaneously asking profound questions about life and death. Quite unlike anything I've ever read before.'

– Ben Fergusson, author of The Spring of Kasper Meier

'The Parentations is a story told on an epic scale, taking the reader from the wilds of 18th century Iceland to present day Camden Town, and which is as much about the nature of love as it is about the nature of evil. Kate Mayfield weaves her uncanny tale with rich historical detail, creating an atmospheric read which is vivid and compelling.'

– Sophia Tobin, author of The Silversmith's Wife, The Widow's Confession, and The Vanishing

'With The Parentations Mayfield has written a novel that is perfect. Excellent storytelling, characters who stay with you and some clever plot twists. To believe that this debut novel is so accomplished is proof that Mayfield is a force to be reckoned with. I am eagerly awaiting the next work of fiction that will emerge from this highly creative mind.'

'So inventive and unexpected and original.'

– Sally Magnusson, broadcaster, presenter, and author of Where Memories Go and The Sealwoman's Gift

‘A hugely impressive novel – I loved it.'

‘The omniscient narrative flits from character to character, creating a kaleidoscopic effect that suits the fantastical nature of the story and the hurtling passage of the years. London itself, and the Thames, are also central characters as we watch the city and the river evolve and change through the passage of time... An intriguing novel, with elements of Nordic myth, the Dickensian underworld and Victorian gothic.’

‘Mayfield maintains an admirable control of the characters’ evolution in sync with the long stretch of time that the novel covers and the story is consistently engrossing. The Parentations builds a wondrous panoramic view of history and disparate groups of people united like a family over centuries.’

‘The Parentations has all the twists, richness and atmosphere of a dark Dickensian epic but with a tale that casts its net over two centuries. It’s rare for a debut novel to have this much ambition and flair but what Kate Mayfield promises in The Parentations she delivers in spades.’

– Jason Hewitt, author of The Dynamite Room and Devastation Road

‘The Parentations turns the epic on its head...The research is gripping and the ambition breathtaking, and the journey this story takes you on is quite unlike any other I’ve experienced.’

‘A blend of speculative fiction, historical fiction and fantasy, The Parentations is full of richly drawn characters...making for an excellent read and an author whose work I'll be extremely keen to see more of in the future.’

‘A strange and marvellous tale of death and long, long life from a startling imagination. A joy to read.’

'Mayfield’s prose glitters like icy stalactites illuminating the lesser-explored comers of the human (and inhuman) condition. Perfectly and sweetly chilling.'

‘A sumptuously gothic tale… this is a terrific debut from a very exciting new talent.’