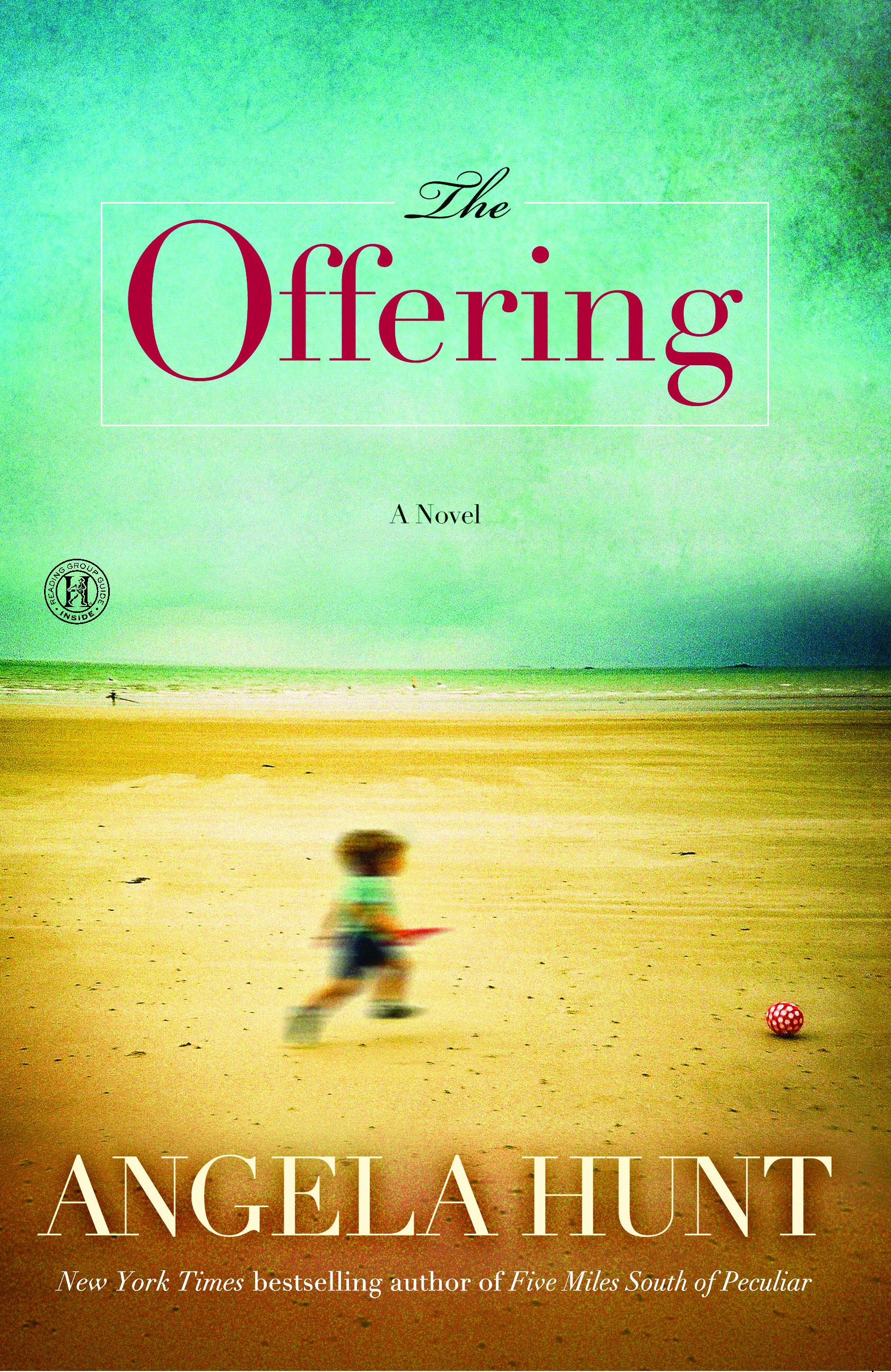 One innocent mistake… a lifetime of consequences.

After growing up an only child, Amanda Lisandra wants a big family. But since she and her soldier husband can’t afford to have more children right away, Mandy decides to earn money as a gestational carrier for a childless couple. She loves being pregnant, and while carrying the child, she dreams of having her own son and maybe another daughter. . . .

Just when the nearly perfect pregnancy is about to conclude, unexpected tragedy enters Mandy’s world and leaves her reeling. Devastated by grief, she surrenders the child she was carrying and struggles to regain her emotional equilibrium.

Two years later she studies a photograph of the baby she bore and wonders if the unthinkable has happened—could she have inadvertently given away her own biological child? Over the next few months Mandy struggles to decide between the desires of her grief-stricken heart and what’s best for the little boy she has never known.

By clicking 'Sign me up' I acknowledge that I have read and agree to the privacy policy and terms of use, and the transfer of my personal data to the United States, where the privacy laws may be different than those in my country of residence.
This reading group guide for The Offering includes discussion questions, and a Q&A with author Angela Hunt. The suggested questions are intended to help your reading group find new and interesting angles and topics for your discussion. We hope that these ideas will enrich your conversation and increase your enjoyment of the book.

1. Before reading this novel, had you ever given much thought to the ethics of surrogate parenting? What about the ethics of in vitro fertilization?

2. What do you think about Mandy’s motives for deciding to become a surrogate?

3. At one point, Mandy thinks, And, unlike Millie, I hoped my lifetime would hold far more significant feats than having someone else’s baby. Knowing what you know about Mandy, what do you think is the most significant thing she has accomplished thus far?

4. If you were in Mandy’s situation, what would you do about the child you suspected of being your biological son? Would you let him remain where he was or would you want to raise him yourself? Do you agree with Mandy’s decision?

6. When Mandy first finds out about Julien’s resemblance to Marilee, she believes “blood trumps everything” even though she wouldn’t have applied that principle in the situation with Amelia, Mario, and the three-year-old foster son they were forced to surrender. If you were a judge in family court, how would you rule in situations like these?

7. Did you enjoy the first person writing style? Do you wish you’d had a peek into any other characters’ heads?

8. Who was your favorite character? What did you especially like about them? Which character did you like the least?

9. Did you experience any sort of emotional trauma in your childhood? How did the incident affect you? How are you different today because of the event? Are you comfortable talking about the trauma as an adult?

10. What do you think the future holds for Mandy? For Julien? For Marilee?

11. Have you read any of Angela Hunt’s other books? How does this novel compare to the other books you’ve read?


A Conversation with Angela Hunt

1. What kind of research did you conduct on surrogacy and adoption for The Offering? What did you discover about practices in the United States versus other countries?

I did quite a bit of research on surrogacy—I read a book written by a surrogate mother, plus I read several recent articles about the increase in surrogacy among military wives. As referenced in the novel, I discovered that surrogacy is easier in the U.S. than in many European countries. As to adoption—I’ve lived that!

2. In The Offering, Mandy considers the cultural repercussions of carrying another man’s child since she is part of a large Cuban family. What other cultural implications do you think exist, both in and outside of Cuban culture?

I do think that most cultural objections to surrogacy rise from misunderstanding—people don’t realize that gestational carriers are carrying a child that is completely unrelated to the pregnant woman. The Mary Beth Whitehead case, where the child developed from Ms. Whitehead’s egg and so was her biological child, forced many parents to abandon true surrogacy and opt instead for a gestational carrier.

3. How did you use faith and religion to inform Mandy’s and several other characters’ decisions? What kind of role does faith play in your own life?

I believe that God created every life for a purpose—so we should behave responsibly toward unborn children even if they are only at the blastocyst stage. Too many doctors don’t fully inform parents about “discarded embryos” and too many IVF parents don’t realize—or don’t want to know—that they may be asked to “discard” fully human lives. I have no problem with IVF or surrogacy as long as everyone involved fully understands the bioethical issues and resolves to preserve all human life: that would mean no freezing of embryos (because half of those embryos probably won’t survive the thawing procedure) and fertilizing only as many eggs as a woman is willing and able to carry in a pregnancy.

4. Have you ever heard of the kind of mistake that happened with Mandy’s pregnancy?

Fortunately, no. But I have read about IVF cases where a woman gave birth to two babies who were supposed to be her genetic offspring but weren’t. I’ve also read about a British couple whose last frozen embryo was implanted in another woman who, upon learning of the mistake, aborted the baby she was carrying. I’ve met an American family whose frozen embryo was implanted in another woman, but she chose to surrender the child to the biological parents at birth. Some heartbreaking mistakes have occurred in the field of reproductive medicine.

5. In The Offering, some of the characters seemed judgmental of Mandy’s chief motivator—money—for participating in surrogacy. Do you think that’s a good enough reason to participate in such a significant and potentially devastating task? If you were giving advice to a friend considering surrogacy, what would you tell her?

Money is not the root of all evil—the love of money is, and Mandy was not in love with money, she was simply trying to help her family. Her motivation was no different from mine when I show up to work each morning. But if someone I knew wanted to be a gestational carrier, I would warn her that the chief ethical danger is the cheapening of human life. If a doctor or the intended parents intend to treat IVF embryos like spare parts, or if they even mention selective termination (aborting one or more babies because too many embryos implanted), I would urge her to find another place to fulfill her desire to serve a childless couple.

6. The Offering feels like the intimate trials and musings of a close friend, and it’s difficult to shake the feeling that you’re reading someone’s journal. How personal did the book end up being for you?

As an adoptive parent, for years I have had a keen interest in life and parenting issues. And as someone who worked hard to add children to our family, I must admit that I wanted Mandy to get custody of her baby boy. When I discussed my book-in-progress with some friends, I was stunned that they thought Mandy was being selfish. My goodness, why wouldn’t she want to raise her own child? I’d fight tooth and nail to have my baby back in my arms. But when I considered that the Amblours were good parents, and because I know the first two years of a child’s life are crucial for healthy development, I realized that Mandy would have to consider what was best for Julien. And sacrificing for the child—isn’t that what motherhood is all about?

7. In some states, the birth mother of an adopted child has a certain amount of time into the adoption where she can change her mind and essentially take the baby back from the adoptive parents. We saw this possibility come up with Mario and Amelia. Do you think this is fair?

I think it’s hard. Terribly hard on the adoptive parents who have given their heart to a child only to have the child—and their hearts—ripped out. It’s especially hard when the biological parents don’t seem to “deserve” the children who had been taken away. But if I were a young woman who surrendered my baby because I felt hopeless and helpless, I would hope and pray that I would be able to turn my life around and be granted a second chance with my child. So for the sake of young women like that, I do think the “revocation of consent period” is fair. Some agencies will not place a baby with an adoptive couple until after this period is over—if excellent foster homes are available, that might be the best approach.

8. According to your Web site, one of your interests is photography. How do writing and taking photographs compare? Which gives you more creative fulfillment?

They are very similar when it comes to marketing, branding, and selling, but they’re quite different when it comes to creating art. Yet both require a thorough knowledge of equipment and technology, and both deliver occasional surprises for the artist. Both are focused on eliciting emotion from the reader/viewer. Both have levels of competency: beginning, amateur, and professional. Both require the artist to see the world in new ways. Both, I suppose, can change lives and hearts. But photography doesn’t require nearly as many hours to produce a single polished product. That’s refreshing.

9. You’ve written more than 115 books. Where do you find your inspiration for writing fiction?

I find inspiration everywhere, but mostly from daily life. I’ll read something interesting or hear something intriguing and think, “What if . . .” and I’m off.

10. What is your favorite genre to write?

I really don’t have a favorite. I find that writing is like building, and as long as a writer can skillfully use the appropriate “tools” and follow the genre blueprint, he can write anything from a novel to a screenplay. Just as a builder would grow tired of making dog houses all the time, I’d be bored if I had to write every book in the same genre. I love mixing things up.

11. Do you have plans to write another book? Will we be seeing Mandy again?

I always have another book on the calendar, and I’m busy writing now. But I don’t think we’ll be seeing Mandy again . . . unless she shows up at my desk and insists that I get busy. 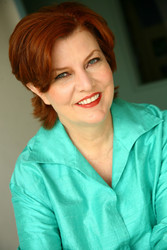 Angela Hunt is the bestselling author of more than 100 books, including The Tale of Three Trees, Don’t Bet Against Me, The Note, and The Nativity Story. Her nonfiction book Don’t Bet Against Me, written with Deanna Favre, spent several weeks on the New York Times bestseller list. Angela and her husband make their home in Florida with their dogs.