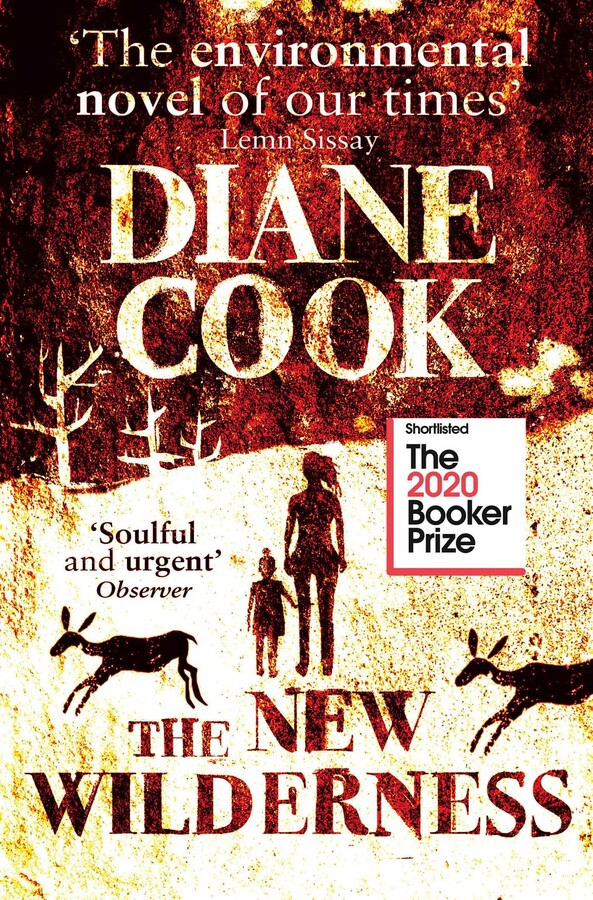 SHORTLISTED FOR THE BOOKER PRIZE 2020

Bea's five-year-old daughter, Agnes, is slowly wasting away. The smog and pollution of the overdeveloped, overpopulated metropolis they call home is ravaging her lungs. Bea knows she cannot stay in the City, but there is only one alternative: The Wilderness State. Mankind has never been allowed to venture into this vast expanse of untamed land. Until now.

Bea and Agnes join eighteen other volunteers who agree to take part in a radical experiment. They must slowly learn how to live in the unpredictable, often dangerous Wilderness, leaving no trace on their surroundings in their quest to survive. But as Agnes embraces this new existence, Bea realises that saving her daughter's life might mean losing her in ways she hadn't foreseen.

At once a blazing lament of our contempt for nature and a deeply humane portrayal of motherhood, The New Wilderness is an extraordinary, urgent novel from a celebrated new literary voice.

‘Cook’s propulsive tale is moved along as much by the engrossingly complex mother-daughter relationship that develops as by the Community’s grim attempts to survive… The New Wilderness is a well-formed and powerful piece of writing.’

'The New Wilderness is a many-layered dystopian fiction set in the not too distant future. It's the environmental novel of our times. We were impressed by the novel taking on the greatest story of our times – climate change – and yet it's a novel that focuses through relationships.'

'The New Wilderness is a virtuosic debut, brutal and beautiful in equal measure.'

'Soulful, urgent... Cook is adept at matter-of-factly deploying unadorned detail to deadpanning, gut-plummeting effect... Supremely well-crafted... So much else is broached in these vivid, timely pages: tribalism, courage, consumption, storytelling itself – an art that Cook spirits back to its spark-enlivened, campfire origins. What lingers, though, beyond the awesome power of Bea and Agnes as heroines, is pure wonderment at all in this world of ours that is not human.'

'Wonderfully imagined and written, this is a tense future-shock novel that's also a tender exploration of a mother-daughter relationship under extreme pressure... An urgent novel reflective of what is happening in society right now.'

'The New Wilderness is Diane Cook's debut novel that brings to life a wildly imaginative and terrifying dystopian story of a mother's battle to save her daughter from a world ravaged by climate change. Touching on humanity and our contempt for nature, this is a timely and compelling novel.'

'This Booker-longlisted novel's driving questions – who will live and who will die? And which kind of leadership will triumph along the way? – remind us, in a compelling fashion, why we read at all: to learn how better to survive.'

'The unease between mother and daughter as they navigate disparate understandings of self, belonging, society and each other is the beating heart of the novel... Cook takes command of a fast-paced, thrilling story to ask stomach-turning questions in a moment when it would benefit every soul to have their stomach turned by the prospect of the future she envisions.'

'This gut-wrenching story of survival, danger, power, control and, most importantly, love is one you won’t want to put down.'

'This Booker-longlisted novel’s driving questions – who will live and who will die? And which kinds of leadership will triumph along the way? – remind us, in a compelling fashion, why we read at all: to learn how better to survive.'

'It is the anthropological acuity in Cook's writing that makes it so persuasive… The chief power of The New Wilderness, and what distinguishes it from less successful environmental dystopian fiction, is Cook’s talent for world-building.'

'In her gripping and provoking debut novel, Cook extends the shrewd and implacable dramatization of our catastrophic assault on the biosphere that she so boldly launched in her short story collection, Man V. Nature (2014)... Violence, death, tribalism, lust, love, betrayals, wonder, genius and courage – all are enacted in this stunningly incisive and complexly suspenseful tale akin to dystopian novels by Margaret Atwood and Claire Vaye Watkins.'

'The New Wilderness left me as stunned as a deer in headlights. Gut-wrenching and heart-wrecking, this is a book that demands to be read, and urgently. With beauty and compassion, Diane Cook writes about the precariousness of life on this planet, about the things that make us human — foremost the love between mothers and daughters, at once complex and elemental. Cook observes humanity as a zoologist might — seeing us exactly as the strange animals we really are.'

'An absolutely riveting and propulsive novel. Terrifying, and as real as can be. Epic in scale and story; granular and recognisable in people and place. The New Wilderness is surely an instant classic in our stories of survival, sovereignty and adaptation. Cook's writing is so sure-footed, prescient and trustworthy, it's all the reader can do to follow her. For fans of Ling Ma's Severance and Hernan Diaz's In the Distance, and many, many readers in between.'

'Cook's is a fresh and vivid voice; it's unsurprising the likes of Miranda July and Roxane Gay are fans.'

'Cook has a keen eye for the relentless weigh-ups of parenthood... The tale of a hazardously self-denying lifestyle pursued on health grounds, it has uncanny resonance.'

'Urgent and inventive... This quietly raging novel deserves its place on the Booker longlist. People who switch off when they hear the phrase "climate change" should read it. And so should everyone else.'

‘Unsettling but riveting debut novel… Halfway through, the story changes to the daughter’s perspective – a clever ploy by Cook… It’s this meditation on mother-daughter relationships (and by extension, humanity’s relationship with Mother Nature) that provides the emotional heft in this thrilling, allegorical tale, a cross between a nature documentary, ecological nightmare and a Bear Grylls reality survival show… The New Wilderness is bleakly compelling, and leavened by wry, sparkling humour that Cook combines seamlessly with existential dread.’

'Diane Cook upends old tropes of autonomy, survival, and civilization to reveal startling new life teeming beneath, giving a glimpse into the ways the world we think we know could come unstuck and come to life in the care of the women and girls of the future. This is not just a thrilling, curious, vibrant book — but an essential one, a compass to guide us into the future.'

– Alexandra Kleeman, author of You Too Can Have a Body Like Mine

'The emotional core of the story is the relationship between Bea and Agnes, whose perspectives drive the narrative. It’s a damning piece of horror cli-fi, but it's also a gripping and profound examination of love and sacrifice.'

'The New Wilderness strips us of our veneer of civilisation and exposes us for what we are: driven to survive, capable of shocking cruelty and profound, fierce love. This story of what a mother does to save her daughter is unflinching, horrifying, forgiving, deeply moving, and filled with truth that stayed with this mother long after the final page.'

'The push-pull of ambivalent but powerful love between mother and daughter centers the novel... Cook also raises uncomfortable questions: How far will a person go to survive, and what sacrifices will she or won't she make for those she loves? This ecological horror story (particularly horrifying now) explores painful regions of the human heart.'

'The novel tackles the deepest of human emotions—as well as big ideas about the planet—in satisfying ways. Also, it’s a page-turner!'

'As close to experiencing a Picasso as literature can get.'

'An imaginative, dystopian look at what our world could become… I was gripped by how vivid the story was, how expertly Diane Cook got into the dynamics of a group of strangers surviving in the wild, and their relationship with those in power.'

'Precise, beautiful and matter-of-fact... Cook’s rendering of the numberless threats her characters face – both from too much nature and too little – makes The New Wilderness a tense and absorbing read, while her attention to the complicated intensity of human relationships gives the work its power.'

'A big book full of characters and rich in imagination... The only debut novel on the shortlist that never feels like one.'

SHORTLISTED FOR THE BOOKER PRIZE 2020