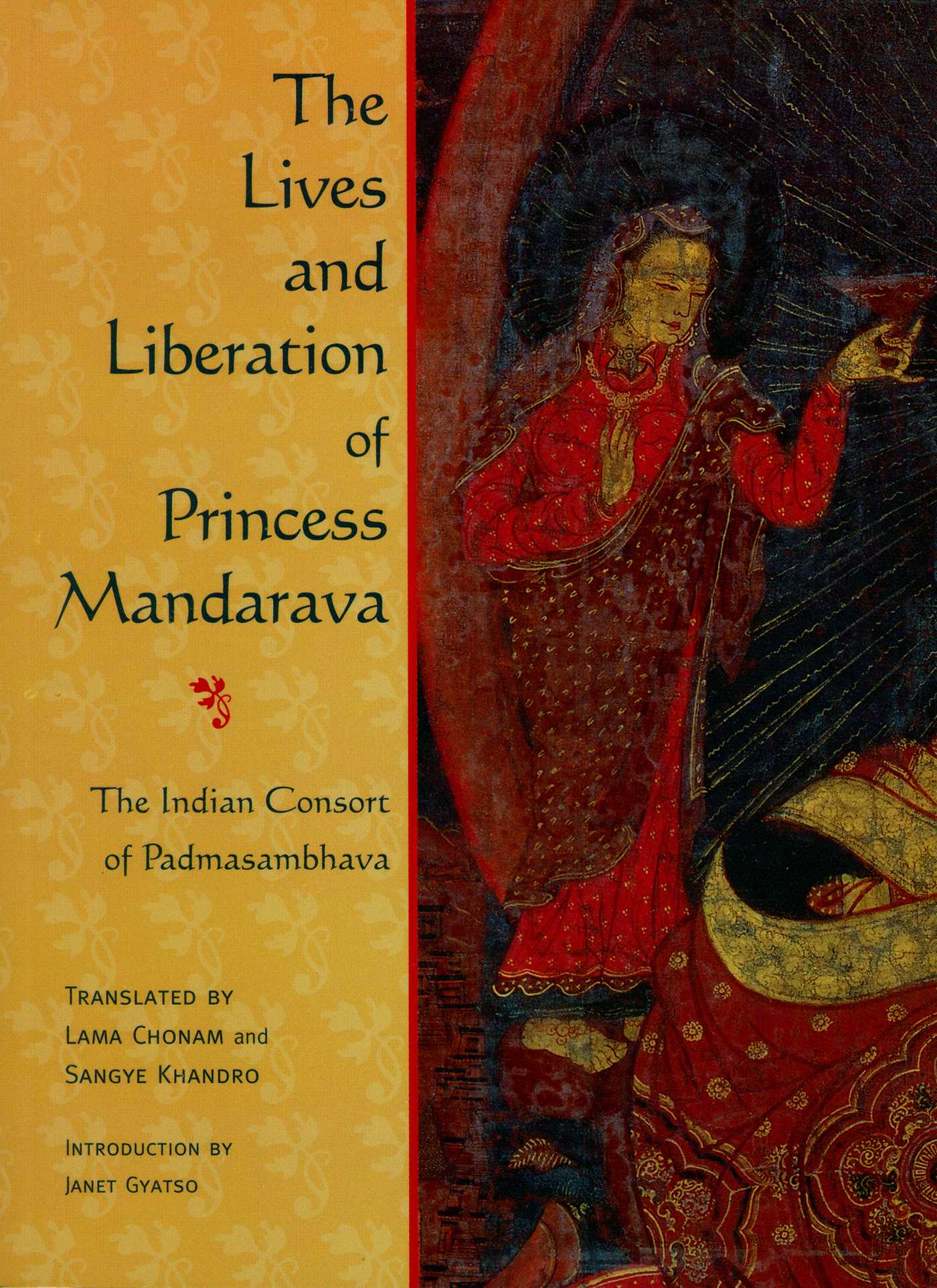 The Lives and Liberation of Princess Mandarava

The Indian Consort of Padmasambhava

This lucid translation of a rare Tibetan text makes available for the first time to Western readers the remarkable life story of Princess Madarava. As the principal consort of the eighth century Indian master Padmasambhava before he introduced tantric Buddhism to Tibet, Mandarava is the Indian counterpart of the Tibetan consort Yeshe Tsogyal. Lives and Liberation recounts her struggles and triumphs as a Buddhist adept throughout her many lives and is an authentic deliverance story of a female Buddhist master. Those who read this book will gain inspiration and encouragement on the path to liberation.

"An extraordinary story from the heart of Tibetan religious culture... replete with messages of encouragement... Her story presents its readers with a complex image of a woman engaged in the difficult process of self-realization. What would have been most striking to its 'traditional' readers is the strength of its resolutely feminine heroine, who carved out a distinctive way to travel on the classical tantric path."

"The work is extraordinarily important, for its chief character is a woman who becomes a Buddha. It is, in fact, a proto-feminist document that reads right back into the very foundations of Indian and Tibetan Buddhism a very anti-patriarchal, liberating feminist dharma... Its real message is that women can be enlightened just as fully as men and that everyone should recognize the potency of feminine spiritual accomplishment. Surely this is a work which many American Buddhists will cherish. Perhaps it is a vision of what Buddhism in the twenty-first century will become. Admirably translated."

The Lives and Liberation of Princess Mandarava

The Indian Consort of Padmasambhava