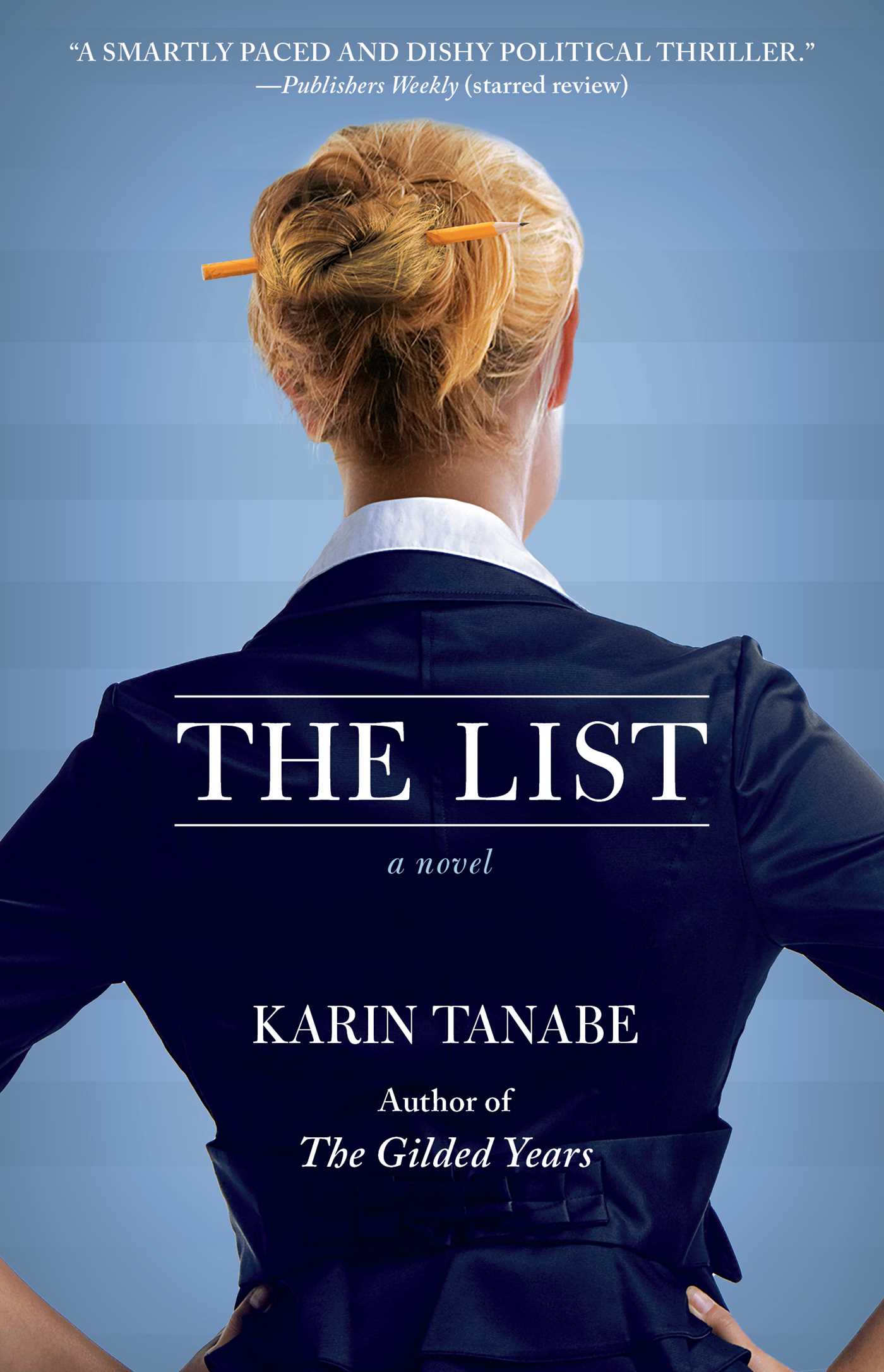 Meet Adrienne Brown, a twenty-eight-year-old Wellesley College grad who recently left her glamorous job at Town & Country for a spot at the Capitolist. Known simply as the List to Beltway insiders, it’s the only media outlet in D.C. that’s actually on the rise. Taking the job means accepting a painful pay cut, giving up perks like free Louboutins, and moving back in with her parents, but Adrienne is certain that her new position will be the making of her career.

And it is—but not at all in the way that she expects. The Capitolist runs at an insane pace: Adrienne’s up before five in the morning, writing ten stories a day (sometimes on her BlackBerry, often during her commute), and answering every email within three minutes. Just when it seems like the frenetic workload is going to break her, she stumbles upon a juicy political affair, involving a very public senator—and her most competitive colleague. Discovering that there’s much more to the relationship than meets the eye, Adrienne realizes she’s got the scoop of a lifetime. But should she go public with the story?

Inspired by Washington insider Karin Tanabe’s experiences at Politico, The List is a riveting debut novel bursting with behind-the-scenes details about what happens when media and politics collide.

By clicking 'Sign me up' I acknowledge that I have read and agree to the privacy policy and terms of use, and the transfer of my personal data to the United States, where the privacy laws may be different than those in my country of residence.
This reading group guide for The List includes discussion questions, and ideas for enhancing your book club. The suggested questions are intended to help your reading group find new and interesting angles and topics for your discussion. We hope that these ideas will enrich your conversation and increase your enjoyment of the book.


1. As a group, discuss how you consume political news. What is the first type of source that you turn to—websites? Blogs? Television? Radio? Facebook or Twitter? Did reading The List change how you think about the media, particularly the way that American political stories are reported?

2. Despite the intense atmosphere at the Capitolist, Adrienne soon discovers, “The paper chewed employees up and spat them out in a matter of months, sometimes weeks. But the ones who made it past the breaking point loved it beyond all reason.” (28) Why do you think this is? Do you think Adrienne reaches this level of loyalty to it by the end of the novel?

3. On the surface, Adrienne and Payton are very different, but in what ways are they also similar? How do you think Adrienne’s relationship with her sister shapes her personality?

4. Discuss the factors that are motivating Adrienne to dig deeper when she first discovers that Olivia and Stanton are having an affair.

5. “That was the thing about female print journalists. Dressing up, grooming, having two angular eyebrows—all frowned upon. It was still that archaic mentality of trying to blend in with the boys.” (171) Consider the ways that gender politics factor into life at the Capitolist. How does the double standard that Adrienne articulates in this quote affect the ways that both she and Olivia approach their jobs?

6. Caroline Cleves Brown, Adrienne’s mother, was a newspaper journalist too, but in the heyday of print journalism. Do you think Adrienne has a naïve perspective of the new media world going into The List because of her mother’s career?

7. What did you make of Sandro? Did you feel that he led Adrienne on? What did you think about the note that their relationship ended on—were you hoping for a different outcome?

8. James Reddenhurst is, on paper, a near perfect man for Adrienne. Why do you think she can’t commit to him? Is it because she’s infatuated with Sandro, or is it something about James? Would you have picked James over Sandro?

9. Hollywood is fascinated with politics and vice versa. How has new media turned politicians into celebrities, and why are Hollywood actors invited to political events? What does this mean for both the news and politics?

10. Did your feelings toward Olivia evolve over the course of the narrative? Do you divide responsibility for the affair equally between her and Stanton, or do you think that one of them is particularly to blame?

11. If you were in Adrienne’s position, would you have published the story about Olivia and Stanton? Why or why not? In general, do you think that the extramarital affairs of politicians should make headlines? Does the fact that Olivia was a reporter, writing about Stanton, make the revelation of their affair seem more newsworthy and less sensational?

12. Did you think the Style girls were justified in their anger that Adrienne didn’t share the news of her scoop with them before it went to press?

13. In her final confrontation with Olivia, Adrienne says, “I felt guilt—of course I felt guilt—but then in Arizona, and now on TV, I was just doing my job. She of all people should understand that. And she would have done the exact same thing.” (357) Do you agree?

14. How did you interpret the end of the novel—what do you think Adrienne was planning to do? What did you think she should do?

1. Imagine that you are casting the movie version of The List. Who would play Adrienne and Olivia? What about Stanton, Sandro, or Payton? Share your imaginings with the group.

2. The celebrity-packed White House Correspondents’ Dinner plays a major role in Adrienne’s time at the Capitolist, and over the past few years, has become a significant event in Washington, D.C. Who would your dream guest be to interview on the red carpet? As a group, you might look up coverage of the event from years past. Consider visiting Click, Politico’s equivalent of the Style section, which author Karin Tanabe once wrote for: http://www.politico.com/blogs/click/.

3. Both the town of Middleburg, and the Goodstone Inn, are real places in Virginia. Check out the actual Bull Barn on the Inn’s website: http://goodstone.com/.

4. Many of the places Adrienne visits in Washington, D.C., are real too, including the Smithsonian ice rink, Oyamel restaurant, Kramerbooks, and the Freer and Sackler galleries. If you were writing a fictional book about your hometown, which real places would you include in your story?

5. Adrienne spends lots of time crafting her first-day-ofwork outfit and it turns out to be all wrong for Washington. Discuss your biggest fashion faux pas. Were any ever caused by first-day jitters?

6. The pace at The List keeps Adrienne from having a social life, sleeping more than five hours a night, or even washing her hair with liquid shampoo. Discuss your craziest jobs ever and what you learned from them. 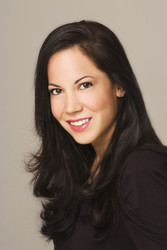 “Hildy Johnson would recognize a kindred spirit in 28-year-old Adrienne Brown, a Beltway-bred, New York-trained reporter who sacrifices sleep, sanity, and sex to feed the wonky digital/paper beast the Capitolist – or “The List” as its rabidly ambitious scribes call it. Adrienne slaves in relative obscurity as a “Style section girl” at this Beltway must-read, blasting out celebrity interviews on her never-turned-off Blackberry. But within a month of her arrival, she also stumbles on what will become a blockbuster, front-page story involving List superstar and shrewish White House reporter Olivia Campo. To untangle the details of the hot-sheets affair between the married Olivia and famously family-man U.S. senator—and two mysterious deaths—Adrienne enlists the help of her pushy big sister, Payton. She not only gets a career-boosting story but the respect of her perfect sibling, high-powered parents, and sharp-elbowed peers. Former Politico reporter Tanabe’s roman-a-clef is a hilarious skewering of digital journalism – and how news is tweeted and blogged at a dizzying pace by armies of underpaid and overworked 20-something journos—as well as smartly paced and dishy debut, part political thriller, part surprisingly sweet coming-of-age tale, and part timeless ode to dogged reporters with good instincts and guts of steel. Hildy would be proud.”

"A contemporary, politically astute novel that is both wickedly humorous and enticing...[with] complex characters, an intriguing plot, and tightly brilliant execution. When word gets around about The List, readers will clamor for their copy and devour this book."

"Tanabe gleefully skewers digital media sweathshops...[but] despite its breezy, chick-lit tone, The List has more in common with newsroom satires."

“Appealing…everything a die-hard chick-lit fan could want: plenty of fluff, sibling rivalry, deceit and intrigue, and a spunky heroine.”

"The List is mandatory reading for anyone who wonders about the impact of new media on Washington's political culture. Tanabe has written a novel that is delicious fun and incredibly revealing about life at the intersection of politics and journalism." —Nicolle Wallace, New York Times bestselling author of Eighteen Acres

“A gorgeous book—I loved it. Funny, intriguing, and utterly unputdownable.”

– Penny Vincenzi, internationally bestselling author of More Than You Know

"Karin Tanabe's energetic, humorous debut is narrated by a young reporter trying to prove herself by chasing the biggest story of the year. The List perfectly captures the frenetic, all-consuming pace of political reporting, with a healthy dose of scandal, glamour and intrigue thrown in. Think The Devil Wears Prada meets Capitol Hill."

– Sarah Pekkanen, author of These Girls

"The List is a wonderfully witty insider's romp through Washington. Karin Tanabe has as sharp a tongue as she does an eye for detail, about everything from political scandal to office politics. And I thought New York was a tough town!"

– Cristina Alger, author of The Darlings

“The List is a breezy, dishy romp through Washington, DC politics, journalism, and scandal—a witty and caffeinated glimpse into a world few of us ever see, let alone know as intimately as Karin Tanabe surely does. But underneath the considerable pleasures of its glimmering surface, it's a surprisingly moving coming of age story about a young woman navigating the bumpy terrain between ambition and ethics, between her hunger for professional success and the quiet truth of her own heart.”

– Lauren Fox, author of Friends Like Us and Still Life with Husband

“Part coming of age, part political thriller, Karin Tanabe's The List is a mordantly funny send-up of quadruple espresso fueled journalism in the internet age, with the most irresistible heroine since Bridget Jones at its center. This is Evelyn Waugh's Scoop for the 21st century."