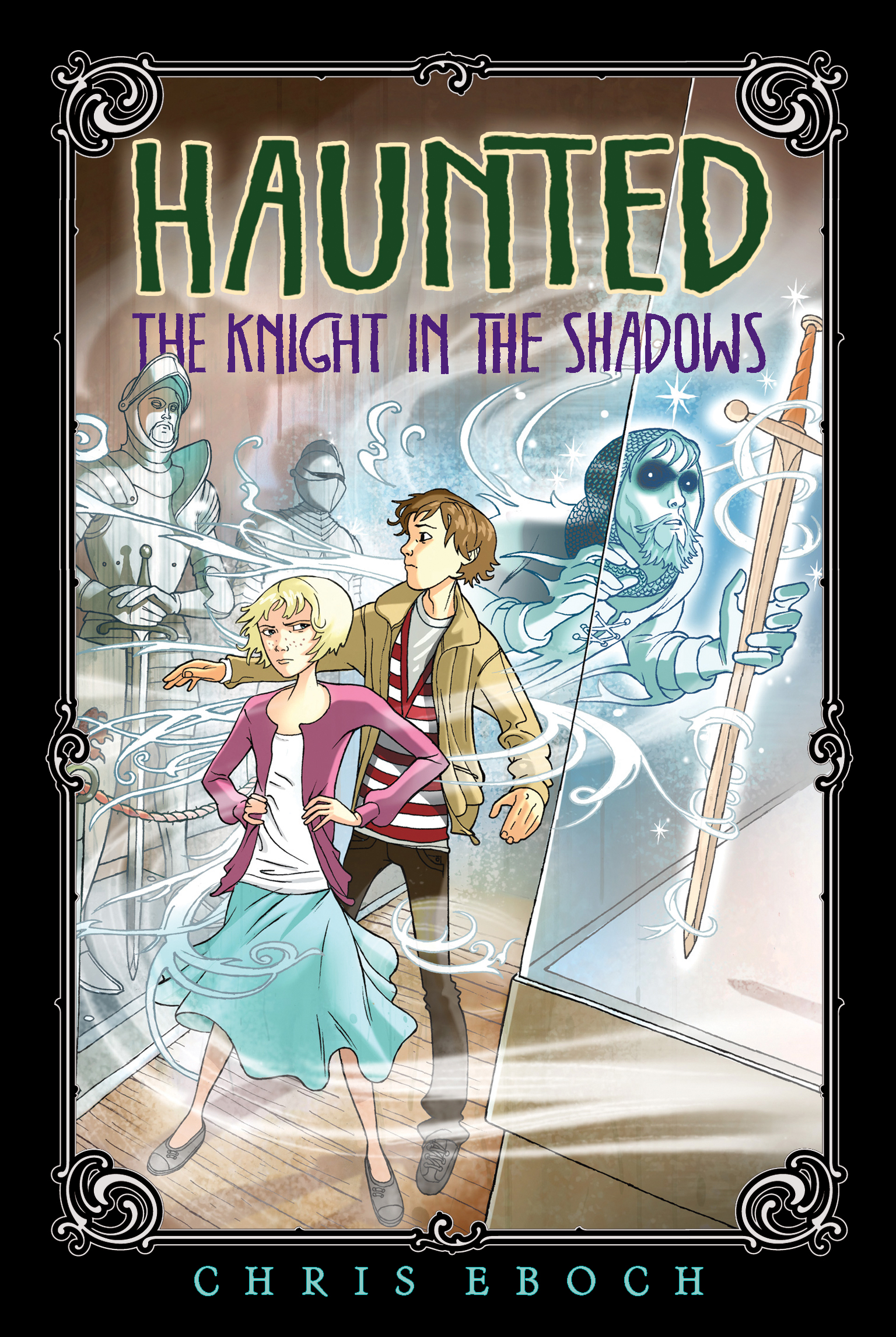 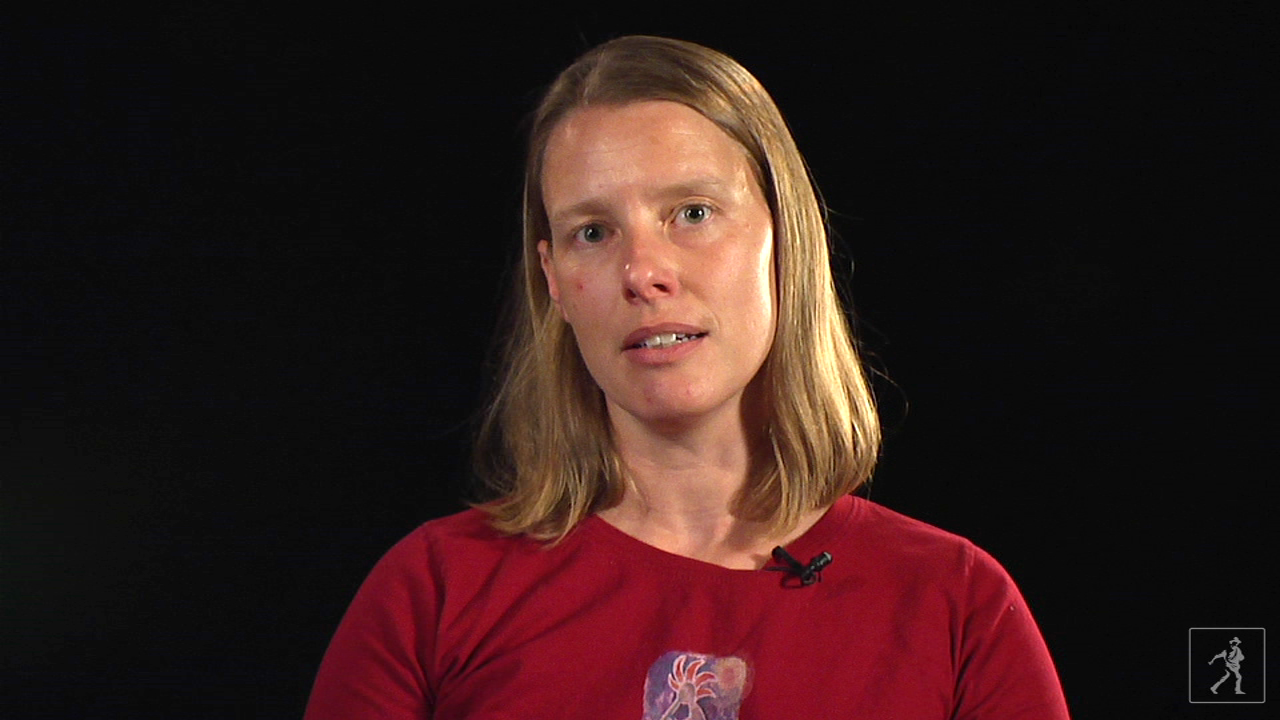 Author Chris Eboch Reveals Who She Admires Most 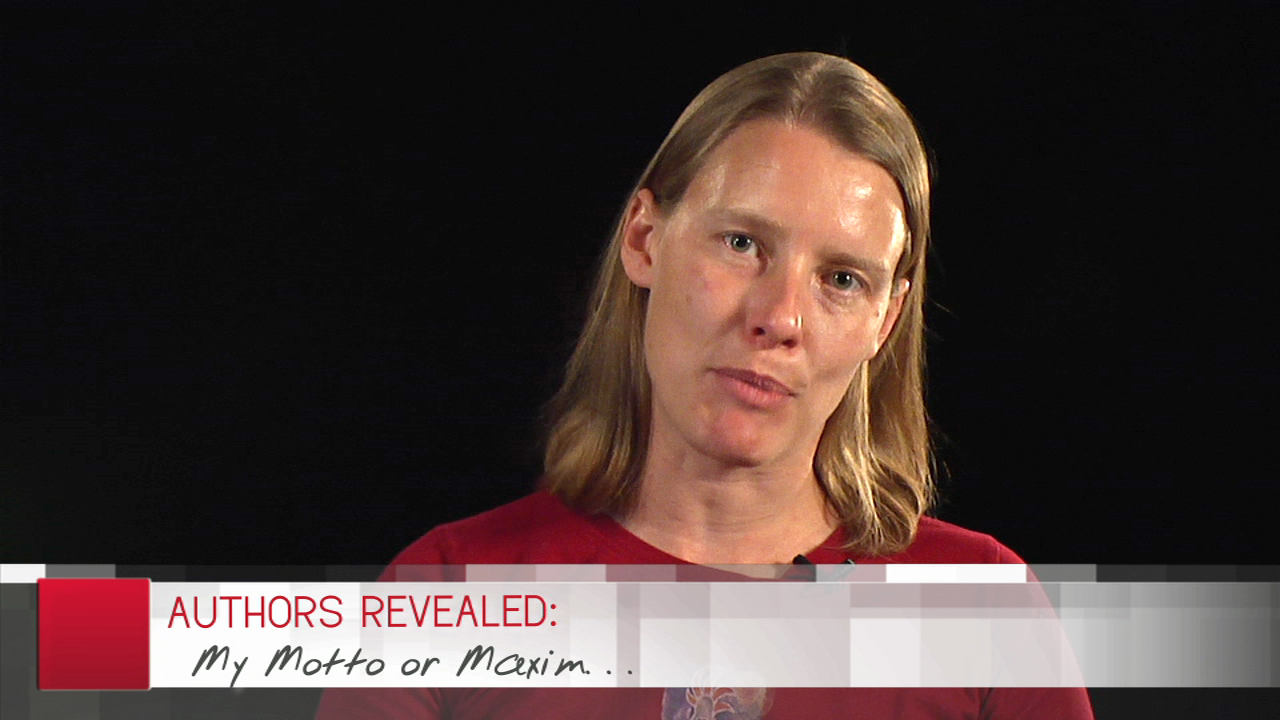 The Knight in the Shadows

When Jon and Tania attend a costume party at a museum full of ancient arms and armor -- relics that have been through bloody battles, or worse -- it doesn't surprise either of them to discover a ghost lurking in the shadows. But this particular ghost is on a mission, and if Jon and Tania don't help him, he just might become the warrior he was when he was alive, and that means trouble -- and danger -- for everyone involved!

Haunted the Knight in the Shadows CHAPTER
1
Tania leaned toward the mirror and bared her fangs. “What do you think?”

“Great,” I said. “You’ve never looked better.” She turned and stuck out her tongue at me. It looked really funny with the fake vampire teeth on either side.

“You look gorgeous, darling,” said Lionel, the makeup artist. “It just needs one more thing.” He picked up a tube. He squeezed a dribble of red along the side of her chin, as if the fangs were dripping blood.

Tania checked the mirror again. “Thanks, Lionel. This is great!”

I had to admit, going as a vampire was a good choice for Tania. She’s so skinny and pale anyway. Lionel only had to add some shadows under her eyes, paint her lips red, and attach the fangs. The black cloak with a high collar did the rest.

I looked at myself in the mirror and fiddled with my lab coat. It wasn’t much, as costumes go. The lab coat, a beaker to carry, and I was a scientist. It was comfortable, though, and I didn’t have to wear any gunk on my face. The scientist thing was kind of a dig at my stepfather, Bruce. My real father is a scientist, and Bruce … well, let’s just say he isn’t.

“You guys ready to party?”

I turned at the sound of Maggie’s voice. “Wow!” The word was out before I realized I was going to speak. I felt myself blushing.

Maggie, the production assistant, laughed. “Thanks.” She was dressed like a gypsy. Her dark hair curled around her shoulders. She was wearing a loose blouse and full skirts, and gold bangles up her arms.

Maggie grinned at her. “And you look … dangerous.”

“Really?” Tania turned to the mirror and smiled at her reflection.

“And Jon …” Maggie studied me while my heart pounded.

“Jon,” Lionel said, “is not quite finished. Here you go.” He handed me a glass beaker filled with bubbling, yellowish-green goop. Smoke rose from it.

“Cool,” I said. After all, if I was going to go to this costume party as a scientist, I ought to go as a mad one.

He grinned through the fake scar that twisted his face. “Aw, Maggie, my love, that’s the nicest thing you’ve ever said to me.” He also had a bullet hole in his forehead, and a couple of gross knife wounds in his arm, with the flesh hanging open. It was great.

“Your mom and Bruce are already upstairs,” Maggie said to us. “The party starts in a few minutes. I thought we might go by the Arms and Armor department first.”

“Would this little detour have anything to do with the rumors I’ve been hearing?” Lionel asked.

“It’s amazing how well your brain works with that hole in your head,” Maggie said. “Yes, I thought the kids might like to see the site of the, um, mysterious occurrences.”

“What’s going on?” Tania asked, way too bouncy for a vampire. “You said something about that before, about something strange at this museum.”

“The museum has a new acquisition,” Maggie said. “A Renaissance French sword they got a few months ago. Since then, they’ve been having some trouble getting it to stay in place.”

“You mean the sword moves on its own?” I asked.

At least, no one reliable. But the sword keeps falling out of its holder. They find it in the bottom of the case, or leaning against the wall. Once, several tourists were in the next room and said they heard the clang. One man said he saw the sword vibrating before it fell. But he may have just been trying to get attention.”

“Anyway,” Maggie said, “it’s strange because there are other swords in that room—two in that case, in fact. None of them have had any problems. If it was, I don’t know, miniature earthquakes or something, you’d think it would affect all the swords.”

Lionel shrugged. “It sounds like they just didn’t do a very good job with the holder for that one.”

Maggie grinned. “That’s the obvious answer. At first, they kept adjusting the hanger. Then they put in a whole new one. Finally they switched that sword with another one. But it keeps happening, always to the same sword, wherever they put it. Oh, and apparently it gets really cold in that room.”

“Let’s go look!” Tania’s eyes were shining, and I knew this was more than just casual curiosity to her.

We headed out of the storeroom we’d been using for the costuming, and up in the elevator. We’d just arrived that day, and hadn’t seen much of the museum. So far, we’d been busy getting ready for the big Haunted costume party. My stepfather, Bruce, was the show’s host, and my mom was a producer. They’d been worried about ratings, and had come up with this party as a way to get some publicity. I was just glad to get a free trip to New York City.

We went through a couple of rooms full of sculptures to the main room of the Arms and Armor section. It looked like these four mounted knights were coming right at you—but the armor, for men and horses, was just floating, with no bodies inside.

“It’s over here,” Maggie said, going through the arch labeled EUROPEAN EDGED WEAPONS. This room was only a few paces across, and dimly lit.

“Brrr.” I shivered, but stepped forward to get a closer look at the swords hanging on the wall behind glass.

Tania grabbed my arm and held me back. When I glanced at her, she made this face and kind of motioned with her eyes. She nudged me sideways, and I got it. There was something in the room that I couldn’t see, and she didn’t want me to walk through it—or him.
Chris Eboch

M. M. Eboch has written numerous books for young people and was the author of the COFA about Jesse Owens. She lives in New Mexico.

The Knight in the Shadows

More books in this series: Haunted