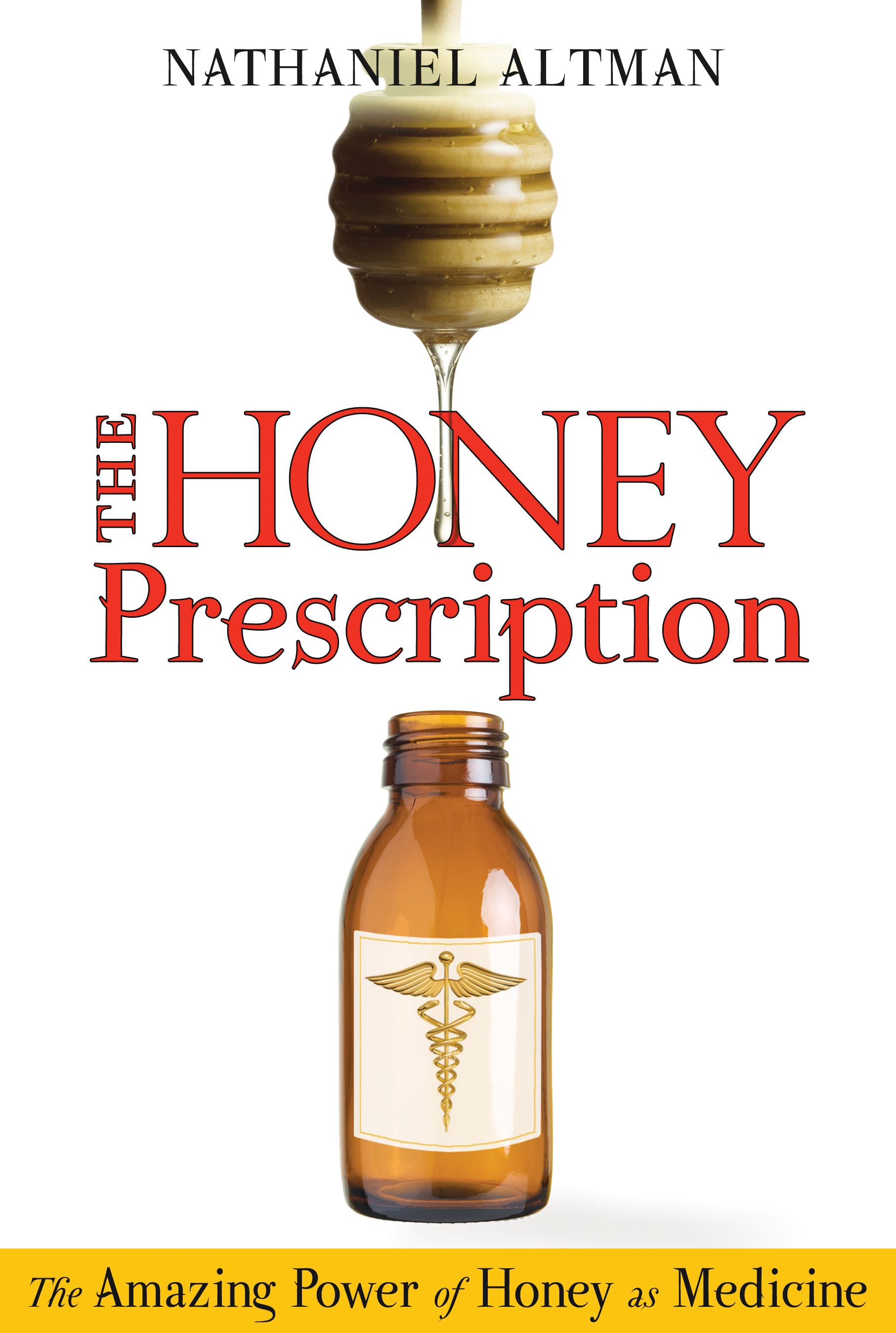 Explores the latest scientific research on the healing powers of honey

• Reveals the healing power of honey for many common problems--from burns, ulcers, and conjunctivitis to tooth decay, diabetes, and cystic fibrosis--and honey’s ability to kill superbugs like E. coli

The use of honey as a healing agent is nothing new. It was an ingredient in medicinal compounds and cures made by Egyptian physicians 5,000 years ago, and its medical use has been found in other ancient practices from traditional Chinese medicine and Indian Ayurveda to Mayan shamanism. In the past ten years there has been an explosion in scientific research on honey as medicine at universities, research centers, and medical clinics around the world.

Presenting the very latest scientific and medical evidence of the healing properties of honey--including that from the Honey Research Unit at the University of Waikato in New Zealand--Nathaniel Altman explores the broad spectrum of medicinal uses of honey and how these remedies can be used safely at home as well as by licensed health practitioners. He includes an extensive selection of honey-based recipes that can be used to treat common health problems--from burns, conjuctivitis, and ulcers to tooth decay, diabetes, and cystic fibrosis. He explains the physiological reasons why honey is so effective in treating antibiotic-resistant diseases with no side effects and honey’s ability to kill “superbugs” like E. coli and MRSA (Methicillin-resistant Staphylococcus aureus). Drawing on centuries of material from historical and folk medicine sources, he also examines the sacred role of bees from ancient Egypt onward and the modern problem of Colony Collapse Disorder, including methods for protecting our precious hives.

In the United States alone more than 40 million people are chronically ill with various sleep disorders, and an additional 20 to 30 million experience intermittent sleep-related problems.

At the present time, millions of Americans are taking both prescribed and over-the-counter medications to promote sleep. In addition to the high expense, there are dangers of dependency and adverse drug reactions, especially if these drugs interact with other medications. The untimely death of actor Heath Ledger in January 2008 was determined to have been due to an accidental overdose of prescribed painkillers, sleeping pills, anti-anxiety medication, and other prescription drugs.

Honey has been used as a popular remedy to induce sleep for thousands of years. An ancient Chinese saying calls for “eating honey every night,” and European folk healers have recommended drinking a cup of warm milk with a teaspoon of honey before bedtime since the Middle Ages.

HONEY, SLEEP, AND THE HYMN CYCLE

Scottish pharmacist, researcher, and author Mike McInnis believes that honey improves, facilitates, and lengthens restorative sleep by at least three mechanisms. When taken before bedtime, he teaches that honey

• contributes to the release of melatonin, the hormone required for both the recovery and rebuilding of body tissues during rest.

The mechanism for this process can be described by what McInnes calls the Honey-Insulin-Melatonin Cycle, or HYMN Cycle. In a presentation at the First International Symposium on Honey and Human Health on January 8, 2008, McInnes described this cycle, which begins with the ingestion of one to two tablespoons of honey in the hour prior to bedtime, as follows:

1. The glucose moiety [portion] of honey passes from the gut, through the liver circulation and into the general circulation producing a mild glucose spike.

2. The mild elevation in blood sugar (from glucose) prompts a controlled release of insulin from the pancreas.

3. The presence of insulin in the general circulation drives tryptophan into the brain.

4. Tryptophan is converted to serotonin, a key hormone that promotes relaxation.

5. In darkness, serotonin is converted to melatonin in the pineal gland.

6. Melatonin activates sleep by reducing body temperature and other mechanisms. It also inhibits the release of more insulin from the pancreas, thus preventing a rapid drop in blood sugar level.

7. Melatonin promotes the release of growth hormone. Growth hormone is the hormone governing all of recovery physiology. This is the key first step in recovery or restorative physiology that occurs overnight.

8. A cascade of recovery hormones initiates the repair, maintenance, and rebuilding of bone, muscle, and other body tissues.

9. Melatonin impacts memory consolidation by its requirement for the formation of neural cell adhesion molecules during REM sleep. These molecules are necessary for the processing of short-term memory from the hippocampus into long-term memory in the brain cortex.

10. Concurrent with the above, the fructose moiety of honey carries out its critical role. The liver takes up fructose where some is converted to glucose and then to liver glycogen, thus providing the brain with a sustained supply of glucose for the night fast.

11. Additionally, fructose regulates glucose uptake into the liver by prompting release of glucokinase from the hepatocyte nuclei. Thus, fructose ensures good liver glycogen supply overnight and prevents a major glucose/insulin spike as referred to in #1 above.

12. An adequate liver glycogen supply means that stress hormones need not be released.

The possibility that honey can be used as a safe, inexpensive, and effective sleep aid is exciting. Further research is needed in this important field with carefully controlled and randomized human trials.

1. Add one teaspoon of honey to one cup of warm chamomile, orange blossom, lemon balm, or linden flower tea. Drink before bedtime.

2. Add one teaspoon of honey to one cup of warm milk. Drink before bedtime.

4. Add one teaspoon of honey to a cup of warm peppermint tea. A clove can be added if desired.

5. Combine two ounces (55 grams) of honey with five drops of lavender oil. Add one or two tablespoons of this mixture to a warm tub of water and enjoy a relaxing soak for ten to fifteen minutes.
Nathaniel Altman

Nathaniel Altman traveled to Germany and Cuba and interviewed scientists from Russia, France, Italy, and the United States to obtain documented scientific evidence and clinical findings on the role of oxygen therapies as detoxifying agents and immunoregulators. He has authored more than 15 books, including The Honey Prescription, A Russian Herbal, What You Can Do About Asthma, Healing Springs, and The Twelve Stages of Healing. He lives in Brooklyn, New York.

“For millennia the honeybee has kept humans healthy by pollinating so many of our fruits and vegetables and by providing two of nature’s most sacred healing substances: honey and propolis. After decades of ignorance, doctors are rediscovering the power of these miracle medicines, and Nathaniel Altman is here to spread the good news. The Honey Prescription will amaze you, delight you, and, most important, give you a fantastic new ally to promote natural wellness.”

– Rowan Jacobsen, author of Fruitless Fall: The Collapse of the Honey Bee and the Coming Agricultural

"The increasing interest in wellness should make this a good seller. You might include it in displays about the environment to let customers know it also contains information about the causes and effects of the diminishing honeybee population."

"Honey has been used for medicine for eons, but it's only in the last 100 years that its antibacterial abilities have come to light--properties explored in Nathan Altman's new book, The Honey Prescription. . . . some varieties may also help treat gingivitis, yeast infections, and burns."

"Based on scientific research Nathaniel Altman provides a concise and educational compilation of useful information on using honey for achieving and maintaining optimum health. As well, The Honey Prescription includes recipes for remedies for internal and external healing. . . . I encourage you to take responsibility for your own health and maintain it the natural way - the honey way."

“The Honey Prescription is an insightful read. I’ve learned a lot about potential uses for honey in modern medicine, and better still, I also learned a lot about the honey that I buy in the store. This book stimulated my mind, and also my taste buds.”