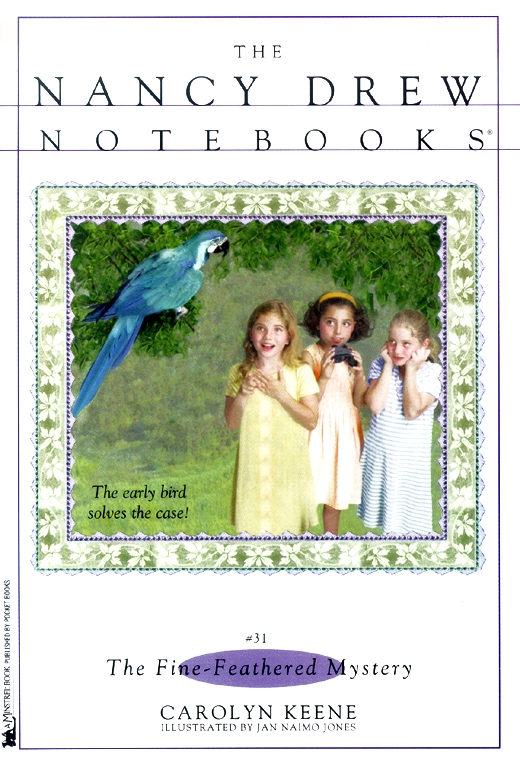 Nancy and her friends find a mystery that's truly for the birds!
Summer is off to a fun start! Nancy, Bess, and George have joined Park Pals, a cool program where they get to learn about nature -- stuff like trees, birds, even bugs. Their first stop is an aviary, a place filled with lots of birds, including Carmen, a beautiful hyacinth macaw from South America.
But when Todd Steckler holds a creepy jar of beetles in Bess's face, she screams -- and Carmen flies the coop! Now the girls have to find Carmen before she's bird-napped. If they track down the bird, they'll be made Junior Park Rangers, but if they don't, they'll be three very unhappy campers!