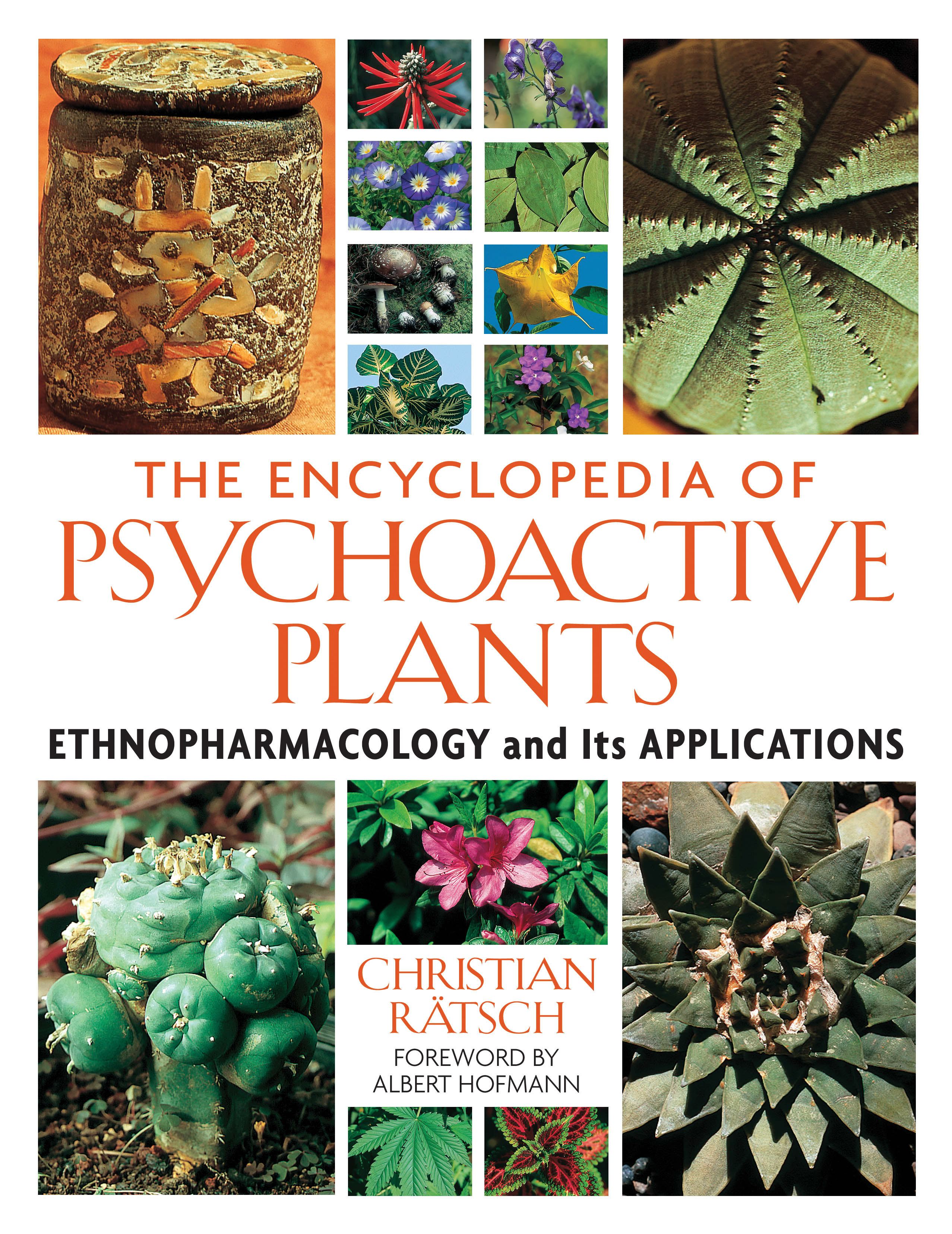 The Encyclopedia of Psychoactive Plants

Ethnopharmacology and Its Applications

In the traditions of every culture, plants have been highly valued for their nourishing, healing, and transformative properties. The most powerful plants--those known to transport the human mind into other dimensions of consciousness--have traditionally been regarded as sacred. In The Encyclopedia of Psychoactive PlantsChristian R&#228;tsch details the botany, history, distribution, cultivation, and preparation and dosage of more than 400 psychoactive plants. He discusses their ritual and medicinal usage, cultural artifacts made from these plants, and works of art that either represent or have been inspired by them. The author begins with 168 of the most well-known psychoactives--such as cannabis, datura, and papaver--then presents 133 lesser known substances as well as additional plants known as &#8220;legal highs,&#8221; plants known only from mythological contexts and literature, and plant products that include substances such as ayahuasca, incense, and soma. The text is lavishly illustrated with 797 color photographs--many of which are from the author&#8217;s extensive fieldwork around the world--showing the people, ceremonies, and art related to the ritual use of the world&#8217;s sacred psychoactives.

"The peculiar, mysterious longing and desire for stimulants that is common to almost all peoples has always prevailed, to the extent that we are aware of historical traditions, and has been satisfied in the most varied of ways. Inducing a happy mood m which emotions, sorrows, and everything else that may weigh upon the soul can be forgotten; shifting into a state of partial or completely absent consciousness in which the individual, detached from the present, surrounded by the glowing and shining images of an excessively amplified imagination, becomes free from the misery of his every day life or from bodily pains; artificially inducing peace and sleep for the fatigued body and mind in all cases where these necessary requirements for life cannot he brought about in the normal manner, and finally gaining creative strength, both physical and mental, by means of these stimulants--these are the primary reasons why these agents are used."
--Louis Lewin, Über Piper Methysticum (Berlin 1885: 1)

Every day, most persons in most cultures, whether Amazonian Indians or Western Europeans, ingest the products of one or more psychoactive plants. Even the Mormons, who claim that they do not use "drugs," have a psychoactive stimulant: Mormon tea (Ephedra nevadensis), which contains the very potent alkaloid ephedrine, the model substance for amphetamine.

The use of psychoactive substances is extraordinarily common in the countries of South America. After rising, a typical Amazonian Indian will drink guaraná, cacao, or mate (and sometimes all three together). After breakfast, he will place the first pinch of coca in his mouth, where, periodically renewed, it will remain until evening. In the afternoon, he will shift to a fermented beverage made of maize or manioc. In late afternoon, some powder that contains tryptamines may be snuffed into the nose. Ayahuasca is often used in the evening. It goes without saying that every free minute is filled with the smoking, chewing, sniffing, or licking of tobacco.

In the modern Western world, the use of psychoactive plant products is very widespread, but their sacredness has been profaned. How many of us today, when we are sipping our morning coffee, are aware that the Sufis venerated the coffee bush as a plant of the gods and interpreted the stimulating effects of caffeine as a sign of God's favor? Who of us, lying in bed and smoking the first cigarette of the day, knows that tobacco is regarded as a gift of the gods that aids shamans in journeying into other realities? How many recall the frenzied Bacchanalias in honor of Dionysus as they drink a glass of wine with their lunch? And the evening beer in front of the television is downed without any knowledge of the sacred origin of this barley drink. Our ancestors, however, the Germanic peoples and the Celts, knew this, and they venerated such drinks and immortalized them in their poetry:

It is certain that the Celts knew of alcohol. The Greek and Roman authors of antiquity regarded them as passionate lovers of inebriating beverages. Drunkenness is a common theme in the epics, especially in Ireland. Gods and heroes competed with one another in their sheer unquenchable thirst for alcohol, whether in the form of wine, beet, or hydromel, the Celtic mead we still remember today. No religious festival was celebrated without an uninhibited drinking bout, a tradition which survives in our time in the form of (supposedly) folk customs. The most important aspect of such rituals is the lifting off, the unleashing, by means of which one forgets that man is an earthbound being. (Markale, 1989: 203)

This encyclopedia is a testimony to the wealth of knowledge that humans have acquired about these substances. It represents the results of twenty years of my own research and experience compiled into one work. I have collected information all over the world, assembled a large and specialized library, attended countless meetings and symposia, photographed my way through the plant world, and experimented with as many psychoactive plants as I could. The knowledge I have gained has now been distilled and organized into this encyclopedia so that we too--like our ancestors--may learn to once again recognize the sacred nature of inebriants and utilize these to have profound experiences of the sacredness of nature.
. . . .

The Use of Psychoactive Plants

Humans have a natural drive to pursue ecstatic experiences (Well, 1976; Siegel 1995). The experience of ecstasy is just as much a part of being human and leading a fulfilling and happy life as is the experience of orgasm. In fact, many cultures use the same words to refer to ecstasy and to orgasm. The possibility of having ecstatic experiences is one of the fundamental conditions of human consciousness. All archaic and ethnographic cultures developed methods for inducing such experiences (Bourguignon, 1973; Dittrich, 1996). Some of these methods are more efficacious than others. The most effective method of all is to ingest psychoactive plants or substances.

These methods, however, require certain skills, for there are many factors that play a role in shaping the effects and the contents of the experiences. The most important is proper use--that is, a responsible and goal-oriented use.

Christian Rätsch, Ph.D., is a world-renowned anthropologist and ethnopharmacologist who specializes in the shamanic uses of plants. He is the author of Marijuana Medicine and coauthor of Plants of the Gods, Shamanism and Tantra in the Himalayas, Witchcraft Medicine, and The Encyclopedia of Psychoactive Plants. He lives in Hamburg, Germany, and lectures around the world.

“. . . this superb academic reference is the first comprehensive work devoted to psychoactive plants. Ratsch, an anthropologist, ethnopharmacologist, . . . includes more than 400 traditional and modern substances that ‘affect the mind or alter the state of consciousness’. . . .Each major monograph contains the plant’s scientific and common names, chemical structure, history, distribution, cultivation, appearance, preparation and dosage, ritual and medicinal uses, commercial forms and regulations, and effects, as well as research literature references. . . .This book offers something for everyone. . . . Highly recommended.”

“Rätsch’s Encyclopedia is massive in scope, exhaustively researched, heavily referenced, user-friendly, authoritative, and beautifully illustrated. It belongs on the bookshelf of everyone with an interest in psychoactive plants--from those with only a casual interest to veteran researchers.”

“It is a truism in anthropology that virtually all cultures utilize plants and mushrooms for their psychoactive effects. The impulse to achieve altered states of consciousness is universal. Several previous books on psychoactive plants have become classics on this subject. While valuable historic additions to the library, they must now move over. This encyclopedia is truly destined to be the most authoritative reference on natural psychoactive substances for years to come.”

– Mark Blumenthal, founder and executive director of the American Botanical Council, and editor of Her

“In the realm of psychoactive plants, Christian Rätsch is the world’s most knowledgeable person. Here is his magnum opus--a veritable treasure trove of information about the most fascinating members of the plant kingdom. As the “teachers” and the gatekeepers to the spirit world, psychoactives help us cleanse the lenses of perception. No one interested in natural ways to expand consciousness should be without this magnificent volume.”

“Christian Rätsch’s remarkable Encyclopedia of Psychoactive Plants is an essential and comprehensive work that explores not only the expanse of plants that affect human consciousness but the genetic necessity for humanity to experience wide-ranging flexibility in consciousness. The plant world is basic to us, the foundation of our food, clothing, and shelter. But Christian’s book reminds us that human/plant interactions reach much deeper than these three needs; plant intelligence reaches deep within us and teaches us to see, hear, and understand the deep meanings in the world, meanings that we need, and are meant, to encounter in order to remain human.”

– Stephen Harrod Buhner, author of The Secret Teachings of Plants and The Lost Language of Plants

"A premier work, and important to have and refer to if you have any relationship to the world of psychoactive plants."

"This encyclopedia is a large and somewhat intimidating book, but the format is friendly and embellished by many beautiful photographs and drawings. . . . this is a major work that will be an essential reference to those interested in cultural and historical aspects of psychedelics."

“This book covers pretty much every psychedelic/psychoactive plant out there, including several that people may not realize have psychoactive properties...For anyone interested in learning more about psychoactive plants this book will likely answer all your questions and more. It's a great complement to other books on the subject as well as a stand-alone book for your education on this expansive and important topic.”

The Encyclopedia of Psychoactive Plants

Ethnopharmacology and Its Applications