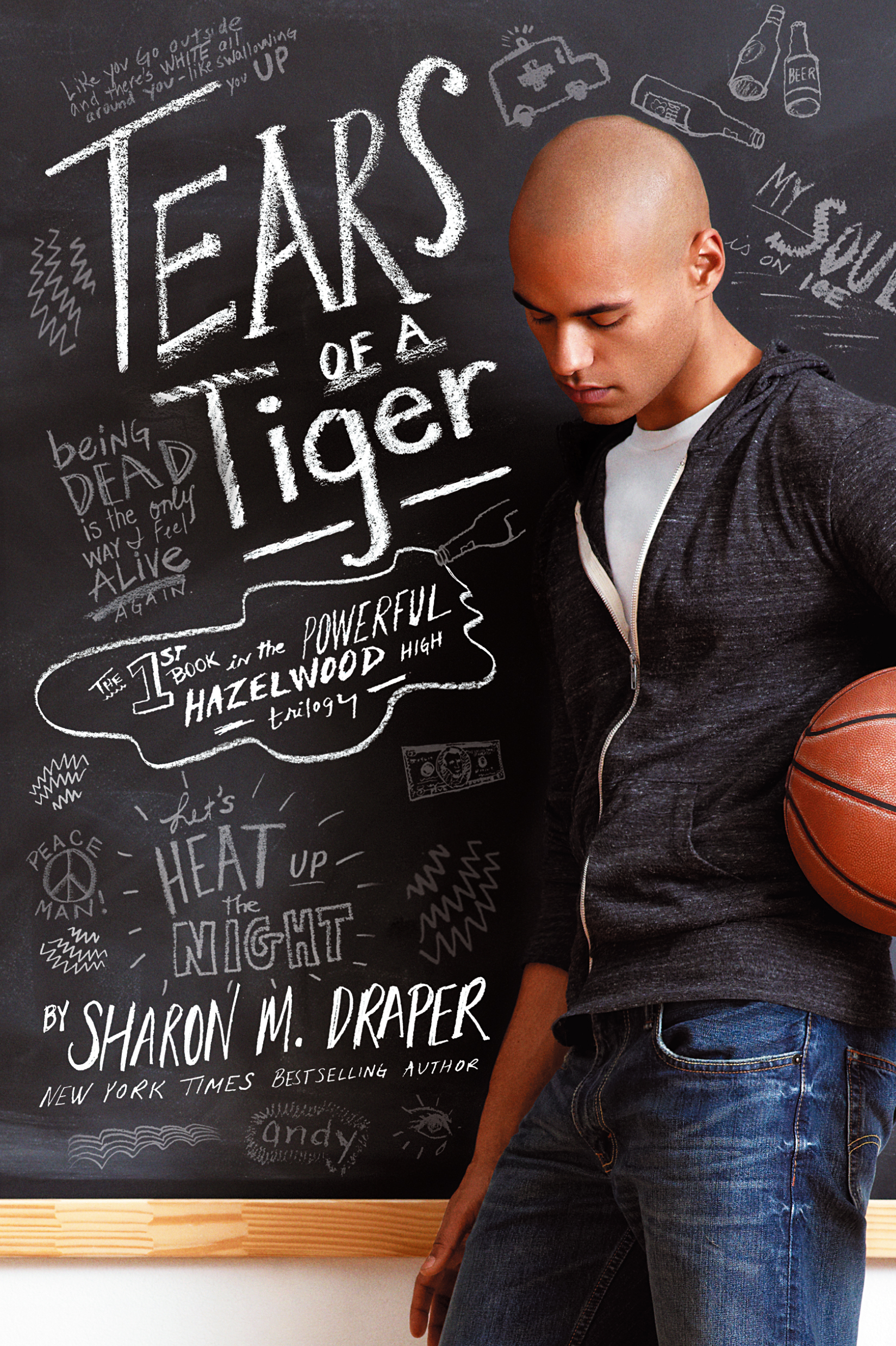 Tears of a Tiger

Tigers don’t cry—or do they? After the death of his longtime friend and fellow Hazelwood Tiger in a car accident, Andy, the driver, blames himself and cannot get past his guilt and pain. While his other friends have managed to work through their grief and move on, Andy allows death to become the focus of his life. In the months that follow the accident, the lives of Andy and his friends are traced through a series of letters, articles, homework assignments, and dialogues, and it becomes clear that Tigers do indeed need to cry.

1. Crash, Fire, Pain CRASH, FIRE, PAIN Newspaper Article NOVEMBER 8 TEEN BASKETBALL STAR KILLED IN FIERY CRASH
Nov. 8 — Robert Washington, age 17, captain of the Hazelwood High School basketball team, was killed last night in a fiery automobile accident on 1-75. Witnesses say the car, driven by Andrew Jackson, 17, also of the Hazelwood team, had been noticeably weaving across the lanes of the expressway just before it hit a retaining wall and burst into flames.

Jackson, who police said had been drinking, was taken to Good Samaritan Hospital, where he is being treated for burns and bruises. He is listed in good condition. Two other Hazelwood students, B. J. Carson, 16, and Tyrone Mills, 17, who were also in the car, were treated and released.

The three students who escaped serious injury were able to jump from the four-door Chevy immediately after the accident, say witnesses. Washington, however, who was sitting in the front seat next to the driver, had his feet on the dashboard. The force of the crash sent his feet through the windshield, pinning him inside the automobile. The car’s gas tank then exploded. Although Jackson tried frantically to rescue Washington, he and his friends watched helplessly as Robert Washington burned to death.

Sharon M. Draper is a three-time New York Times bestselling author and a recipient of the Margaret A. Edwards Award honoring her significant and lasting contribution to writing for teens. She has received the Coretta Scott King Award for both Copper Sun and Forged by Fire, and was awarded the Charlotte Huck Award for Stella by Starlight. Her novel Out of My Mind has won multiple awards and was a New York Times bestseller for over three years, and Blended has also been a New York Times bestseller. She taught high school English for twenty-five years and was named National Teacher of the Year. She now lives in Florida. Visit her at SharonDraper.com.

“As compelling a novel as any published in the last two decades. Buy it, read it, share it.”

“The characters' voices are strong, vivid, and ring true. This moving novel will leave a lasting impression.”

Tears of a Tiger