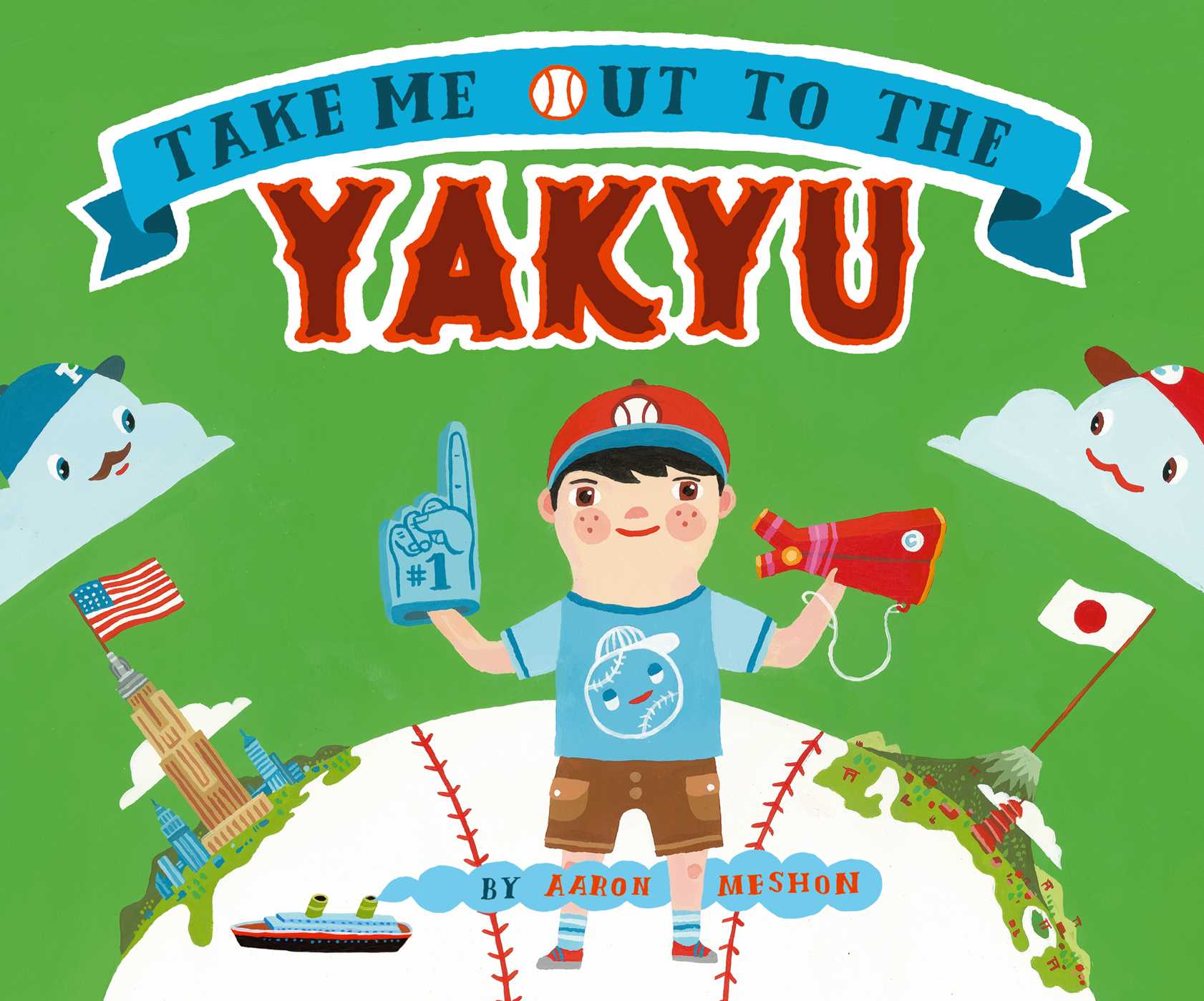 TAKE ME OUT TO THE YAKYU

TAKE ME OUT TO THE YAKYU

Take Me Out to the Yakyu

Join one little boy and his family for two ballgames—on opposite sides of the world! Includes audio!

You may know that baseball is the Great American Pastime, but did you know that it is also a beloved sport in Japan? Come along with one little boy and his grandfathers, one in America and one in Japan, as he learns about baseball and its rich, varying cultural traditions. This debut picture book from Aaron Meshon includes audio and is a home run—don’t be surprised if the vivid illustrations and energetic text leave you shouting, “LET’S PLAY YAKYU!” 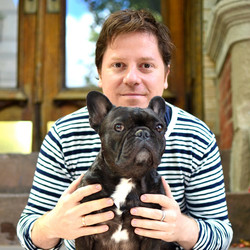 Aaron Meshon is an illustrator and designer for magazines and products around the world, and the author-illustrator of several picture books, including Take Me Out to the Yakyu, Tools Rule!, and Delivery. Aaron lives with his wife, French bulldog, and son in Brooklyn, New York. Visit Aaron online at AaronMeshon.com.

Aaron Meshon is an illustrator and designer for magazines and products around the world, and the author-illustrator of several picture books, including Take Me Out to the Yakyu, Tools Rule!, and Delivery. Aaron lives with his wife, French bulldog, and son in Brooklyn, New York. Visit Aaron online at AaronMeshon.com.

* “Debut illustrator Meshon’s comparison of American and Japanese baseball is a skillful double play, entertaining (and educating) young baseball fans while affirming the growing number of children who live between two countries and two cultures…. Meshon’s spreads make it clear that though material circumstances may differ, human emotions are just the same…. Making a book that’s equal parts affection and edification isn’t easy; Meshon’s record is one for one.”

* “The art has a fresh, attractive, naïf quality that fits the story perfectly. Using mostly blue for the American team and red for the Japanese, these bright pages do an excellent job of delineating each place while capturing the enthusiam they share. Final pages include a chart of baseball words and other fun words in English and Japanese and an author’s note with additional information. Easy to follow and fascinating even for nonfans, this bicultural baseball outing provides a fresh, joyful take on the grand old game.”

“The chunky font, candy-colored cartoon pictures, and Japanese pop-art style will have plenty of appeal for newly independent readers, and an author’s note adds more comparative detail about game rules and stadiums. Baseball-obsessed primary-schoolers will relish this offbeat addition to the meager beginning-reader sports collection.”

– The Bulletin of the Center for Children’s Books

* “A young boy enjoys the best of two baseball worlds. This fortunate youngster can savor the fine points of baseball in America and yakyu in Japan…. It’s all a perfectly constructed, vivid picture of the two nations’ particular takes on what has become both of their national pastimes, as well as a multigenerational love of the game. Colorful charts of Japanese and English baseball terms and other words add to the fun. Yakyu or baseball, it’s all sheer joy.”

“The mostly mirror images on the well-balanced pages set up a quiet rhythm, thrillingly interrupted when both hitters get a home run (“Crack! / Kakiiin!”) and their baseballs cross paths and go flying through the facing page. Young fans intrigued by the game’s cultural differences will easily see that rooting for the home team—whether it’s “Win! Win! Win!” or “Do your best!”—is fun no matter where you are.”

"The bright and cheerful acrylic illustrations feature shades of blue for the U. S. and reds for Japan, making it easy to distinguish between the two. The pages are nicely designed with clean lines and no clutter. A lively and enjoyable read for baseball fans, and a great choice for those compare-and-contrast lessons."

“Baseball may be considered the great American pastime, but the Japanese have embraced the sport with a fervor all their own. This exceptional book marries the two traditions with charming naïf illustration and clear text…. The book’s deceptive simplicity includes sophisticated cultural touches: America’s paper tickets offer a charming contrast to the Japanese scannable QR code version. Meshon’s first picture book is a definite home run. (Kakiiin!)”

Take Me Out to the Yakyu