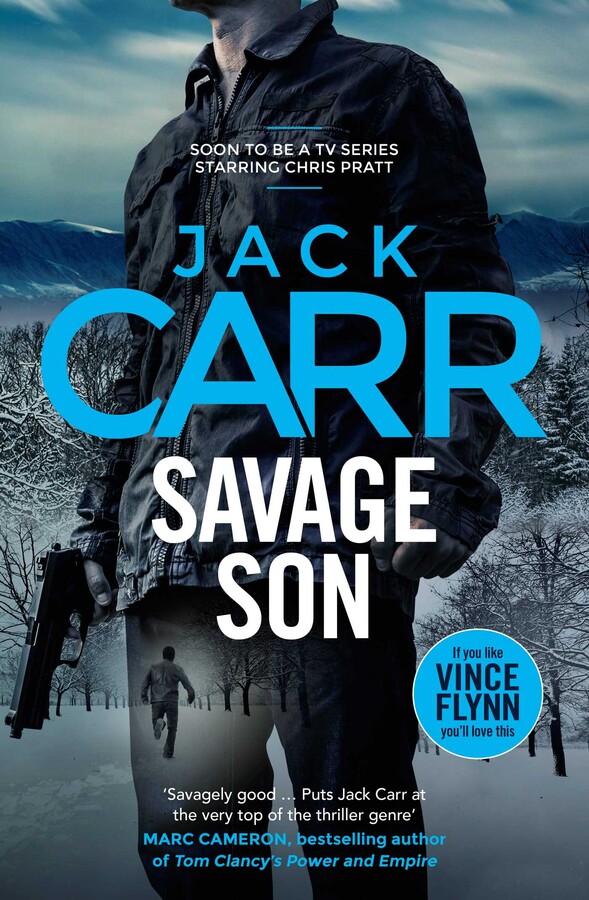 **SOON TO BE A TV SERIES STARRING CHRIS PRATT**

'Carr writes both from the gut and a seemingly infinite reservoir of knowledge in the methods of human combat. Loved it!' Chris Hauty, bestselling author of Deep State

Deep in the wilds of Siberia, a woman is on the run, pursued by a man harboring secrets – a man intent on killing her.

Half a world away, James Reece is recovering from brain surgery in the Montana wilderness, slowly putting his life back together with the help of investigative journalist Katie Buranek and his longtime friend and SEAL teammate Raife Hastings.

Unbeknown to them, the Russian mafia has set their sights on Reece in a deadly game of cat and mouse.

In his most visceral and heart-pounding thriller yet, Jack Carr explores the darkest instincts of humanity through the eyes of a man who has seen both the best and the worst of it.

'This is seriously good . . . the suspense is unrelenting, and the tradecraft is so authentic the government will probably ban it – so read it while you can!' Lee Child

'With a particular line in authentic tradecraft, this fabulously unrelenting thrill-ride was a struggle to put down' Mark Dawson

‘So powerful, so pulse-pounding, so well-written – rarely do you read a debut novel this damn good’ Brad Thor

'A powerful, thoughtful, realistic, at times terrifying thriller that I could not put down. A terrific addition to the genre, Jack Carr and his alter-ego protagonist, James Reece, continue to blow me away' Mark Greaney 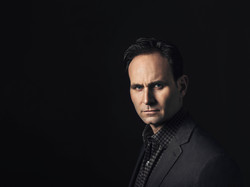 Jack Carr is a New York Times bestselling author and former Navy SEAL. He lives with his wife and three children in Park City, Utah. He is the author of The Terminal List, True Believer, and Savage Son. Visit him at OfficialJackCarr.com and follow along on Instagram, Twitter, and Facebook at @JackCarrUSA.

"Absolutely fantastic! SAVAGE SON is savagely good, and puts Jack Carr at the very top of the thriller genre."

'With technical ferocity and devastating action sequences, Carr writes both from the gut and a seemingly infinite reservoir of knowledge in the methods of human combat. Loved it!'

"A badass, high velocity round of reading! The three parts of this masterfully crafted experience says it all—THE TRAP, THE STALK, THE KILL."

"Jack Carr triples down with SAVAGE SON.  From the book’s gut-wrenching opening to its sleep-stealing conclusion, Jack’s homage to THE MOST DANGEROUS GAME delivers the goods and then some."

– Don Bentley, author of WITHOUT SANCTION

"Jack Carr is the real deal! He employs his years of combat experience as a U.S. Navy SEAL to make SAVAGE SON a masterfully told, heart thumping tale of modern conflict. Before you open the cover and start to read, get comfortable. You won’t want to move until you finish."

"SAVAGE SON is amazing! This is the kind of book every author wished he could write…mind blowingly good!"

– Simon Gervais, former RCMP counterterrorism officer and bestselling author of HUNT THEM DOWN

"Accurate, intense and raw, SAVAGE SON taps into our most primal of instincts. Jack Carr draws you into this predatory pursuit like no other because he’s lived it!"

"With his new novel, SAVAGE SON, Jack Carr continues to amaze me. He’s the real deal. Having lived the life he writes about, he absorbs the best of the thriller tradition and moves it forward. Thoughtful as much as visceral, he’s my idea of what a thriller author should be."

"Jack Carr is back and at the top of his game in SAVAGE SON, a heart pounding, sleep robbing, edge of your seat thriller."

"Whether you are a hunter of four-legged game or of man, SAVAGE SON will stoke the inner fire of your soul. Jack Carr’s attention to detail and experience from the battlefield to the backcountry draw the reader into the field to experience the art of war through the eyes of a man who has lived it."

"In James Reece, Jack Carr has given thriller fans a very human hero born from Carr's own real life experience as a Navy SEAL sniper. In SAVAGE SON the pages bleed authenticity and tension as Reece is forced to battle his most dangerous adversary yet. Gripping. Heartbreaking. Unforgettable."

'This is seriously good… the suspense is unrelenting, and the tradecraft is so authentic the government will probably ban it – so read it while you can!'

'A powerful, thoughtful, realistic, at times terrifying thriller that I could not put down. A terrific addition to the genre, Jack Carr and his alter-ego protagonist, James Reece, continue to blow me away'

‘So powerful, so pulse-pounding, so well-written—rarely do you read a debut novel this damn good’

'With a particular line in authentic tradecraft, this fabulously unrelenting thrill-ride was a struggle to put down'

'One of this year’s hottest thrillers, and a perfect fit for fans of Vince Flynn, Brad Thor, and Daniel Silva'

“Impressive...Carr is best when bullets are flying. Vince Flynn fans will enjoy the explosive action”

"I could not stop turning pages. Be prepared to dive in and not let go until the end!"