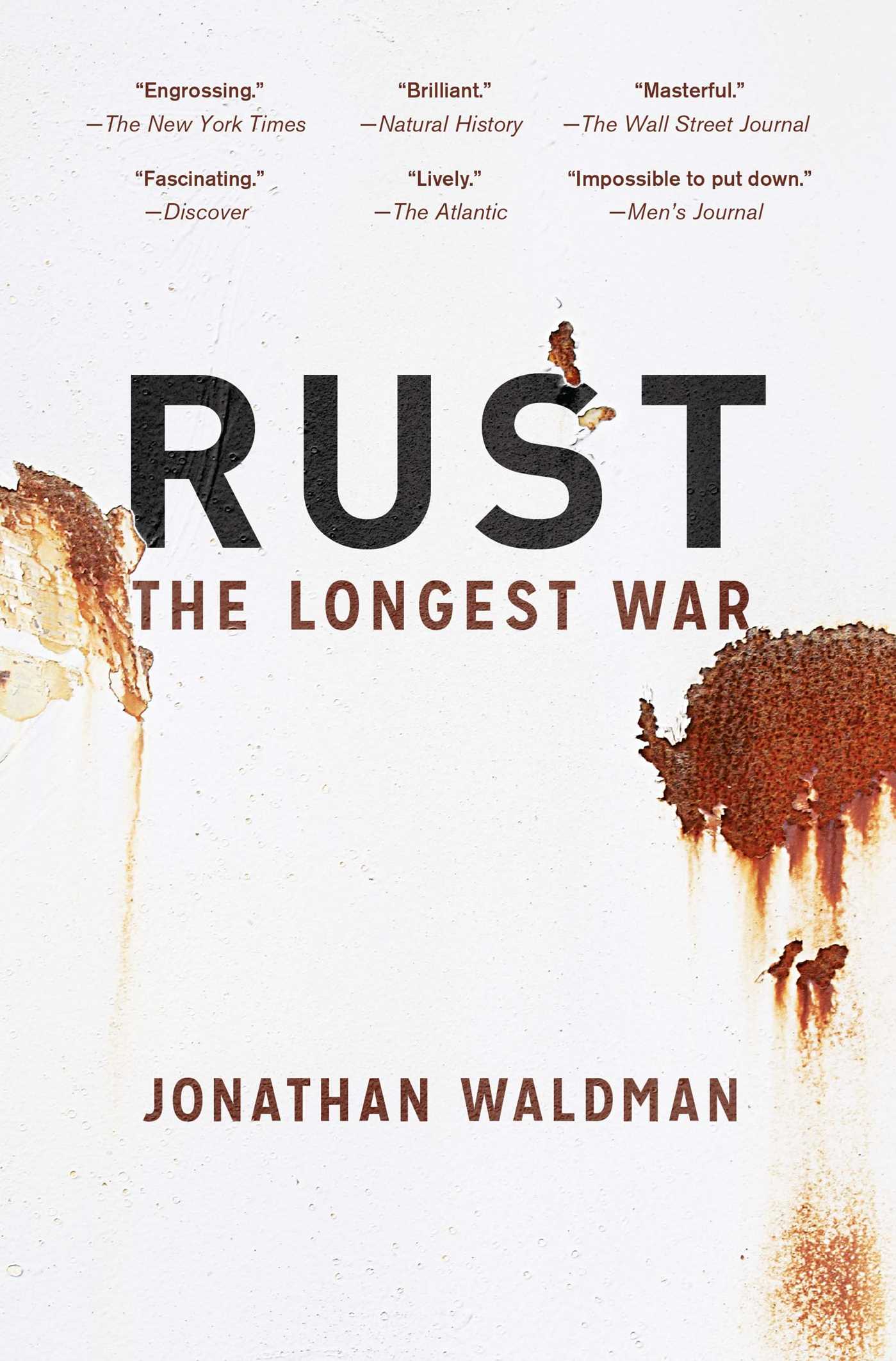 Rust has been called “the great destroyer,” the “pervasive menace,” and “the evil.” “This look at corrosion—its causes, its consequences, and especially the people devoted to combating it—is wide-ranging and consistently engrossing” (The New York Times).

It is the hidden enemy, the one that challenges the very basis of civilization. This entropic menace destroys cars, fells bridges, sinks ships, sparks house fires, and nearly brought down the Statue of Liberty’s torch. It is rust—and this book, full of wit and insight, disasters and triumphs—is its story.

“Jonathan Waldman’s first book is as obsessive as it is informative…he takes us deep into places and situations that are too often ignored or unknown” (The Washington Post). In Rust, Waldman travels from Key West to Prudhoe Bay, meeting people concerned with corrosion. He sneaks into an abandoned steelworks and nearly gets kicked out of Can School. He follows a high-tech robot through an arctic winter, hunting for rust in the Alaska pipeline. In Texas, he finds a corrosion engineer named Rusty, and in Colorado, he learns of the animosity between the galvanizing industry and the paint army. Along the way, Waldman recounts stories of flying pigs, Trekkies, rust boogers, and unlikely superheroes.

The result is a man-versus-nature tale that’s as fascinating as it is grand, illuminating a hidden phenomenon that shapes the modern world. Rust affects everything from the design of our currency to the composition of our tap water, and it will determine the legacy we leave on this planet. This exploration of corrosion, and the incredible lengths we go to fight it, is “engrossing…brilliant…Waldman’s gift for narrative nonfiction shines in every chapter….Watching things rust: who would have thought it could be so exciting” (Natural History). 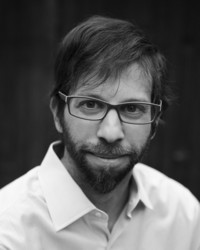 Jonathan Waldman studied writing at Dartmouth and Boston University’s Knight Center for Science Journalism, and worked in print, radio, and TV before landing in books. His first book, Rust: The Longest War, was a finalist for the Los Angeles Times Book Prize and winner of the Colorado Book Award. His writing has otherwise appeared in The New York Times and McSweeney’s. Visit him at JonnyWaldman.com or email him at JonnyWaldman@gmail.com.

“Jonathan Waldman’s first book, Rust, sounds like a building code violation. But don’t let that fool you. This look at corrosion—its causes, its consequences, and especially the people devoted to combating it—is wide-ranging and consistently engrossing. Mr. Waldman makes rust shine. . . . At one point, a canning executive hostile to Mr. Waldman’s questions tells him rust is ‘a silly subject to write about.’ It is a testament to Mr. Waldman’s skill and perseverance that this book proves that man so thoroughly wrong.” —Gregory Cowles, The New York Times

“Compelling . . . Mr. Waldman does a masterful job of interweaving elements of the science and technology.” —Henry Petroski, The Wall Street Journal

“Engrossing . . . Brilliant . . . Waldman’s gift for narrative nonfiction shines in every chapter. . . . Watching things rust: who would have thought it could be so exciting!” —Natural History

“It never sleeps, as Neil Young noted: Rust is too busy wrecking our world. The relentless, destructive process has downed planes, sunk ships, crashed cars, dissolved priceless artifacts, and committed countless other crimes of corrosion. Waldman uses our long war with the iron oxide . . . [to] offer fascinating insights into our endless battle with the dreaded four-letter word.” —Discover

“Lively . . . Don’t be put off by the subtitle, The Longest War. Waldman has embarked on the opposite of a slog.” —The Atlantic

“Fascinating . . . Waldman attends ‘Can School,’ interviews rust experts, and visits the Alaska pipeline, among other adventures, to illuminate the myriad attacks rust makes on our daily lives. In doing so, he adds luster to a substance considered synonymous with dullness.” —Scientific American

“A mix of reporting and history lesson that never gets boring . . . Impossible to put down.” —Men’s Journal

“The story of corrosion is in some ways the story of Western civilization—the outsized ambitions, the hubris and folly, the eccentric geniuses and dreamer geeks who changed the world. What a remarkable, fascinating book this is. The clarity and quiet wit of Waldman’s prose, his gift for narrative, his zeal for reporting and his eye for detail, these things and more put him in a class with John McPhee and Susan Orlean.” —Mary Roach, author of Stiff, Bonk, and Gulp

“In this remarkable book, Jonathan Waldman takes one of our planet’s oldest, most everyday—and most dangerously corrosive—chemical reactions and uses it as the starting point for a literary odyssey. Part adventure, part intellectual exploration, part pure fun, it will make you see both rust and life on earth in a new way.” —Deborah Blum, author of The Poisoner's Handbook

"It is often said that in the Future we will live in the Cloud. That’s a good reason to love rust. A silent rebuke to the hype of the modern, it never stops its good work of blunting the cutting edge. But you don’t have to be a reactionary to love Rust: The Longest War, as I did. Jonathan Waldman weaves together cultural history with a history of the stuff on which culture is built, showing how the drama of human striving and renewal are inescapably tied to limit and decay." —Matthew Crawford, author of Shop Class as Soulcraft

“Waldman is a bright and curious companion in this lively adventure in search of the scourge of rust and its ingenious opponents.” —Kirkus Reviews

“Lively . . . A detailed, fun read with a valuable reminder that every seemingly irrelevant item we take for granted each day is front and center for someone else.” —Publishers Weekly