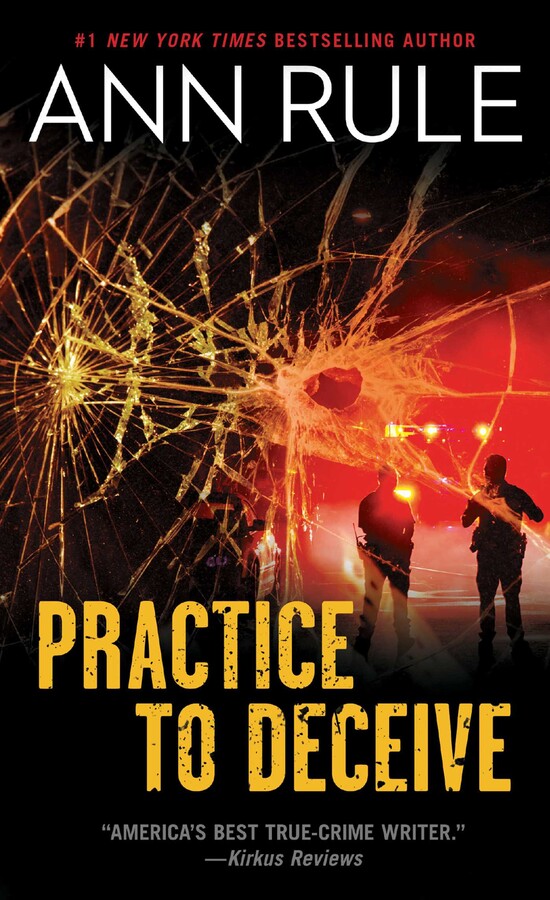 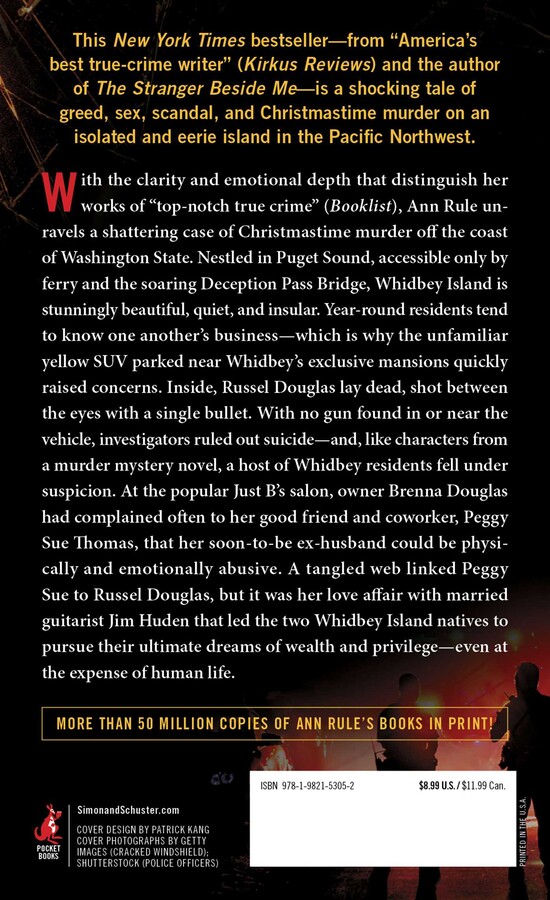 This New York Times bestseller—from “America’s best true-crime writer” (Kirkus Reviews) and the author of The Stranger Beside Me—is a shocking tale of greed, sex, scandal, and murder on an isolated and eerie island in the Pacific Northwest. The basis for the Lifetime movie event Circle of Deception.

With more than 50 million copies of her books in print—from her chilling personal account of knowing Ted Bundy to sixteen collections in her #1 bestselling Crime Files series—Ann Rule is a legendary true crime writer. Here, in Practice to Deceive, Rule unravels a shattering case of Christmastime murder off the coast of Washington State—presented with the clarity, authority, and emotional depth that Rule’s readers expect.

Nestled in Puget Sound, Whidbey Island is a gem of the Pacific Northwest. Accessible only by ferry, it is known for its artistic communities and stunning natural beauty. Life there is low-key, and the island’s year-round residents tend to know one another’s business. But when the blood-drenched body of Russel Douglas was discovered the day after Christmas in his SUV in a hidden driveway near Whidbey’s most exclusive mansion—a single bullet between his eyes—the whole island was shocked. At first, police suspected suicide, tragically common at the height of the holiday season. But when they found no gun in or near the SUV, Russel’s manner of death became homicide.

Brenna Douglas, Russel’s estranged and soon-to-be-ex wife, allowed him to come home for a Christmas visit with their children. The couple owned the popular Just B’s salon. Brenna’s good friend Peggy Sue Thomas worked there, and Brenna complained often to her that Russel was physically and emotionally abusive. Peggy Sue’s own life has been one of extremes. Married three times, hers is a rags-to-riches-and-back-again tale in which she’s played many roles, from aircraft mechanic to “drop-dead gorgeous” beauty queen as a former Ms. Washington. But in 2003, her love affair with married guitarist Jim Huden led the two Whidbey Island natives to pursue their ultimate dreams of wealth and privilege—even at the expense of human life.

Practice to Deceive CHAPTER ONE
WHIDBEY ISLAND, WASHINGTON, IS one of the largest islands in the continental United States, a vacation spot for some, home to sixty thousand residents, and a massive duty station for navy personnel. Ferries and the Deception Pass Bridge transport visitors and residents alike to this idyllic body of land that floats on Puget Sound with any number of passages, inlets, bays, and other waterways.

Whidbey is a study in contrasts. The sprawling Whidbey Island Naval Air Station is in the town of Oak Harbor at the northern tip of the forty-seven-mile-long island. It is the premier naval aviation installation in the Pacific Northwest and the location of all electronic attack squadrons flying the EA-6B Prowler and the EA-18G Growler. It is also home to four P-3 Orion Maritime Patrol squadrons and two Fleet Reconnaissance squadrons that fly the EP-3E Aries.

South of Oak Harbor along Highway 520, there are smaller, homier towns: Coupeville, the Island County seat, Greenbank, Langley, Freeland, and Clinton. Although supermarkets and a few modest malls have opened in the last several years, much of Whidbey Island is composed of hamlets, bucolic pastures, evergreen forests, marinas, and a good number of lavish waterfront estates built by people from the mainland.

Visiting much of Coupeville is akin to stepping back in time; the tree-shaded streets are lined with any number of restored houses more than a hundred years old.

From some island locations, there are views of Seattle rising out of a fog-smudged mist, but mostly Whidbey Island is still a place to get away from the stresses of city life. With so much waterfront and so many parks, Whidbey draws tourists in every season. And it is a great place to raise a family with good schools, friendly neighbors, and a true sense of community.

A number of high school graduates move off-island as they search for a quicker-paced world, but they almost always come back for reunions and holidays to catch up with family and old friends.

There isn’t a lot of crime on Whidbey; bank robbers prefer spots where they don’t have to wait for a ferry to make a clean getaway. There are, of course, some sex crimes, and a murder from time to time. When law enforcement officers do have a homicide to investigate, it tends to be out of the ordinary, even grotesque. Island County detectives have investigated explosive cases that made headlines in Seattle, and sometimes nationwide. Colton Harris Moore, “the Barefoot Bandit,” a brilliant teenage lawbreaker who went from robbing cabins to stealing airplanes and boats, began his crimes on Camano Island where he grew up—but he was tried on Whidbey Island.

Like all insular areas, Whidbey Island has active gossip chains of communication. Illicit liaisons seldom remain secret for long. There aren’t many “No-Tell Motels” or discreet cocktail lounges where lovers can hope to escape prying eyes. Frankly, some of the posher restaurants and health clubs have been headquarters for swingers and “key clubs,” and they aren’t all that secretive. With the advent of the Internet, gossip spreads more rapidly with every year that goes by.

During the last days of 2003, the chains were buzzing. Some residents were fascinated with a violent mystery and some were just plain frightened.