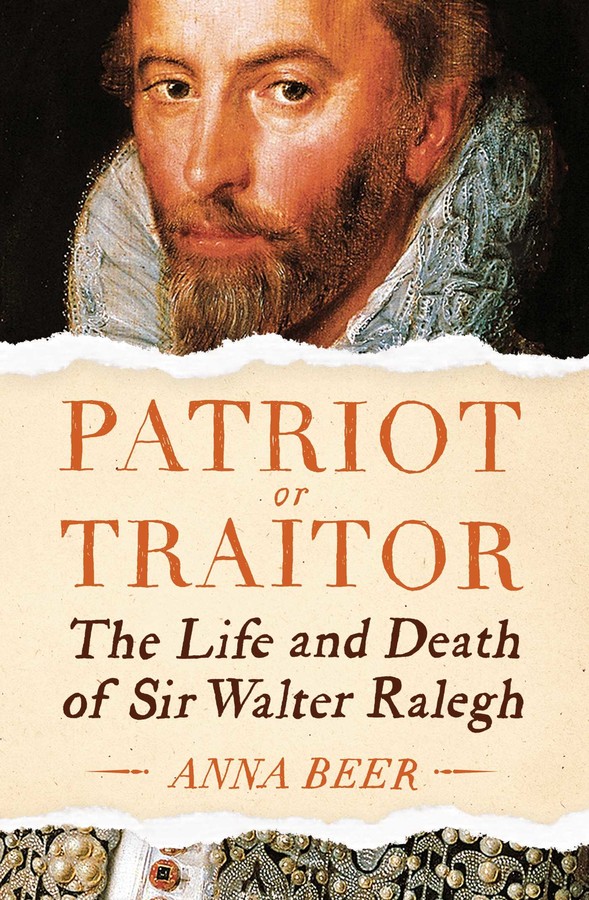 The Life and Death of Sir Walter Ralegh

A BBC History Magazine Book of the Year

A writer, soldier, politician, courtier, spy and explorer, Sir Walter Ralegh lived more lives than most in his own time, in any time. The fifth son of a Devonshire gentleman, he rose to become Queen Elizabeth’s favourite, only to be charged with treason by her successor.

Less than a year after the death of his Queen, Ralegh was in the Tower, watching as the scene was set for his own execution.

Patriot or Traitor is the dramatic story of his rise and fall.

‘What brings the book to brilliant life is Ralegh’s voice. In conversation with his writing, Beer’s prose soars… It’s hard not to think Sir Walter would have approved.’

‘Beer’s book is a rigorous and readable take on her subject – it captures the full scope of the character of Ralegh, one that remains frustrating, but endlessly fascinating.’

‘This beautifully written and impeccably researched biography offers a fresh perspective on one of the most colourful and controversial characters of the Tudor and Stuart age. The hero of Elizabeth I and the scourge of her successor, Ralegh is brought to life as never before.’

– Tracy Borman, author of The Private Lives of the Tudors

‘Heroic, grasping, gifted, a poet and politician, an explorer, dreamer and schemer – an iconic renaissance man brought vividly to life in this work of maturity, judgement and humanity.’

– Sarah Fraser, author of The Prince Who Would Be King

‘A fascinating investigation of Ralegh – bringing to life this complex, mysterious character, and the beginnings of the Elizabethan Empire in all its brutal reality – showing us the world he travelled and the Queen herself, commanding, frustrating, and unpicks the truth of his shocking and rapid fall from power.’

‘A fascinating reappraisal. Beer brings Ralegh to life as a man, as well as providing exceptional detail on the times in which he lived. I highly recommend it.’

– Elizabeth Norton, author of The Lives of Tudor Women

‘Writing with pace and personality, Anna Beer captures Sir Walter Ralegh in all his paradoxical complexity: his bravery and intellectual energy, the man of violence who also wrote passionate poetry, his lust for life competing with a desire for a good death. Sometimes drawn to Ralegh and at other times repelled by him, Anna Beer assays his career with honesty and sharp observation.’

‘Much of what we think we know about Sir Walter Ralegh – potatoes, tobacco, spreading his cloak over a “plashy place” – is fable. The real story is far more exciting. Here was a man who both achieved and failed extravagantly, who was both hated and loved excessively, and who both lived life and faced death courageously. In this fascinating, eloquent and scholarly new book, Anna Beer reveals the full measure of the man.’

– Suzannah Lipscomb, author of The King is Dead: The Last Will and Testament of Henry VIII

The Life and Death of Sir Walter Ralegh