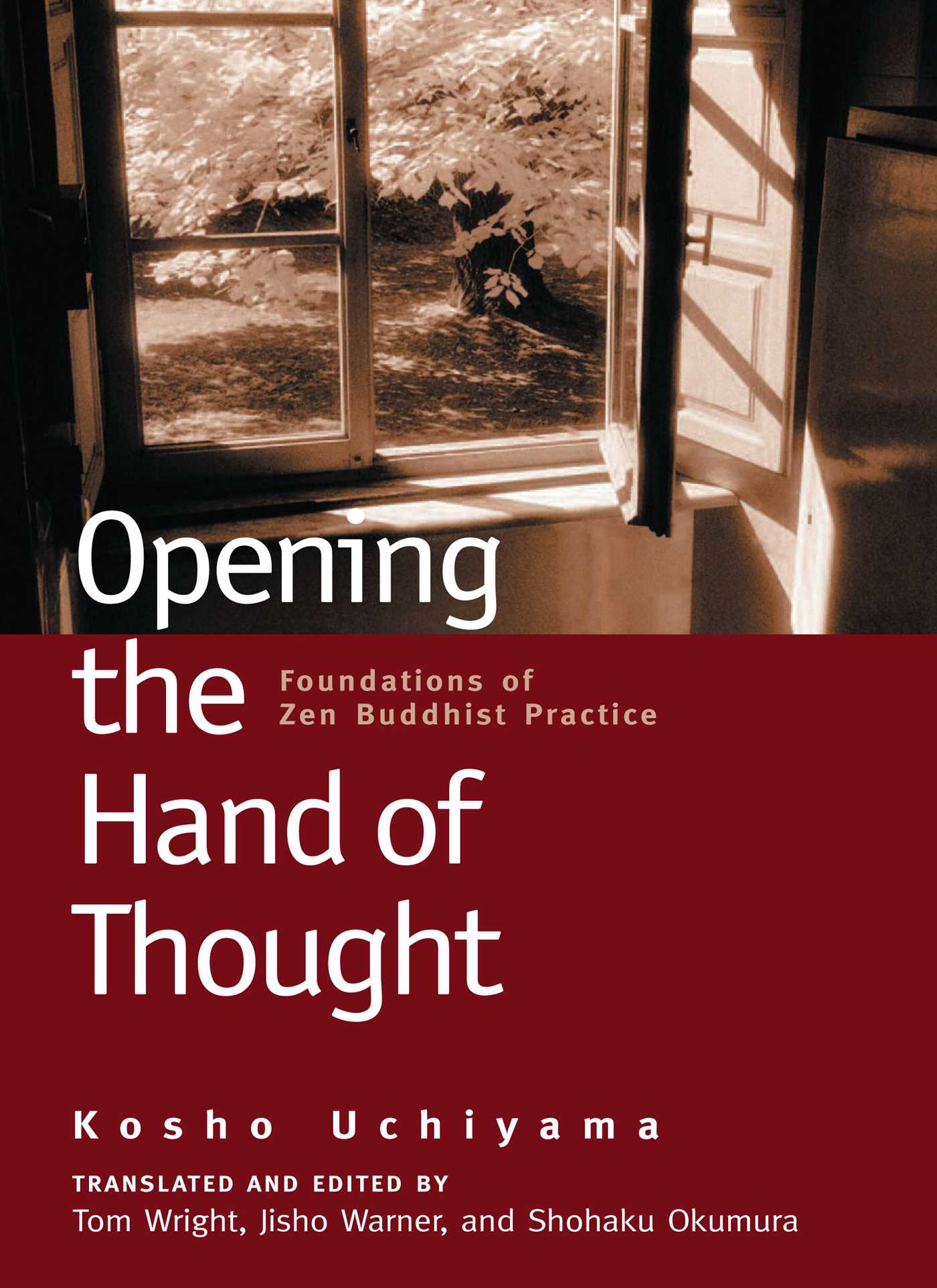 Opening the Hand of Thought

For over thirty years, Opening the Hand of Thought has offered an introduction to Zen Buddhism and meditation unmatched in clarity and power. This is the revised edition of Kosho Uchiyama's singularly incisive classic.

This new edition contains even more useful material: new prefaces, an index, and extended endnotes, in addition to a revised glossary. As Jisho Warner writes in her preface, Opening the Hand of Thought "goes directly to the heart of Zen practice... showing how Zen Buddhism can be a deep and life-sustaining activity." She goes on to say, "Uchiyama looks at what a person is, what a self is, how to develop a true self not separate from all things, one that can settle in peace in the midst of life."

By turns humorous, philosophical, and personal, Opening the Hand of Thought is above all a great book for the Buddhist practitioner. It's a perfect follow-up for the reader who has read Zen Meditation in Plain English and is especially useful for those who have not yet encountered a Zen teacher.

"Few books have spoken with such clarity to the essence of Zen."

"Uchiyama [was] one of the most contemplative of Zen Buddhist teachers, and until his death in 1999, was also one of the most influentia. Now, through this new edition of his most famous book, he continues to enlighten our lives. His book is important for its clarity, its rejection of jargon, and its refusal to make illumination a drama."

"Uchiyama Roshi's words have long been my inspiration, and I am delighted that this collection of his teachings is now available in a revised and expanded edition."

– Robert Aitken, author of Taking the Path of Zen

"If you read one book on Zen this year, this should be that book."

"Not since DT Suzuki has the evasive quality of Zen been explained so well to the Western reader. This book was Uchiyama's gift to his monks-in-training as well as laypeople following the path of Zen. This welcome re-release has been refined with further introductory material."

Opening the Hand of Thought