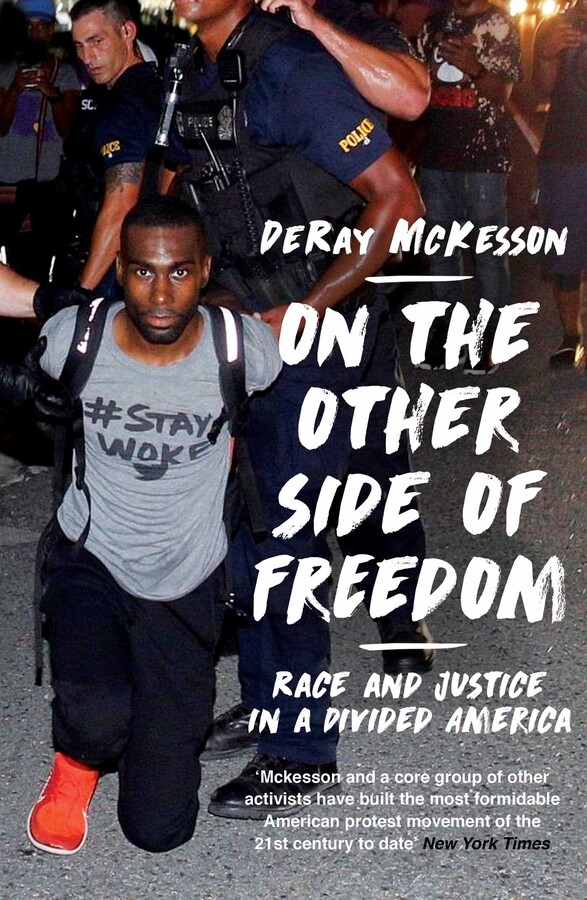 On the Other Side of Freedom

Race and Justice in a Divided America

Five years ago, DeRay Mckesson quit his job as a schoolteacher, moved to Ferguson, Missouri, and spent the next 400 days on the streets as an activist, helping to bring the Black Lives Matter movement into being.

Now, in his first book, he draws on his own experiences – of growing up without his mother, with a father in recovery, of having a house burn down and a bully chase him home from school, of pacifying a traffic cop at gunpoint and being dragged out of a police station by his ankles, of determined activism on the streets and in the White House – to make the case for hope, for believing a better future is possible. It is a visionary’s call to take responsibility for imagining, and then building, the world we want to live in.

‘Hope and insight and empathy spring from every page of On the Other Side of Freedom. DeRay Mckesson…stares down the faces of bigotry and unfreedom and cynicism and doesn’t flinch in writing out our marching orders toward freedom.’

‘He forces anyone who reads his words to understand the humanity of the black body; the black body that has otherwise been demonised, made monster-like, or contorted into some negative narrative. A vital read, if you are to truly know resistance, and the stories it gives rise to.’

‘On the Other Side of Freedom reveals the mind and motivations of a young man who has risen to the fore of millennial activism through study, discipline, and conviction. His belief in a world that can be made better, one act at a time, powers his narratives and opens up a view on the costs, consequences, and rewards of leading a movement.’

‘Mckesson and a core group of other activists have built the most formidable American protest movement of the 21st century to date.’

‘An inspiring reminder that hope is vital to any political change, and it’s the driving force for any successful attempt at social justice.’

‘Riveting and affecting . . . written with astounding poetry, vulnerability, and flair. Mckesson is a gifted, pointed storyteller.’

On the Other Side of Freedom

Race and Justice in a Divided America